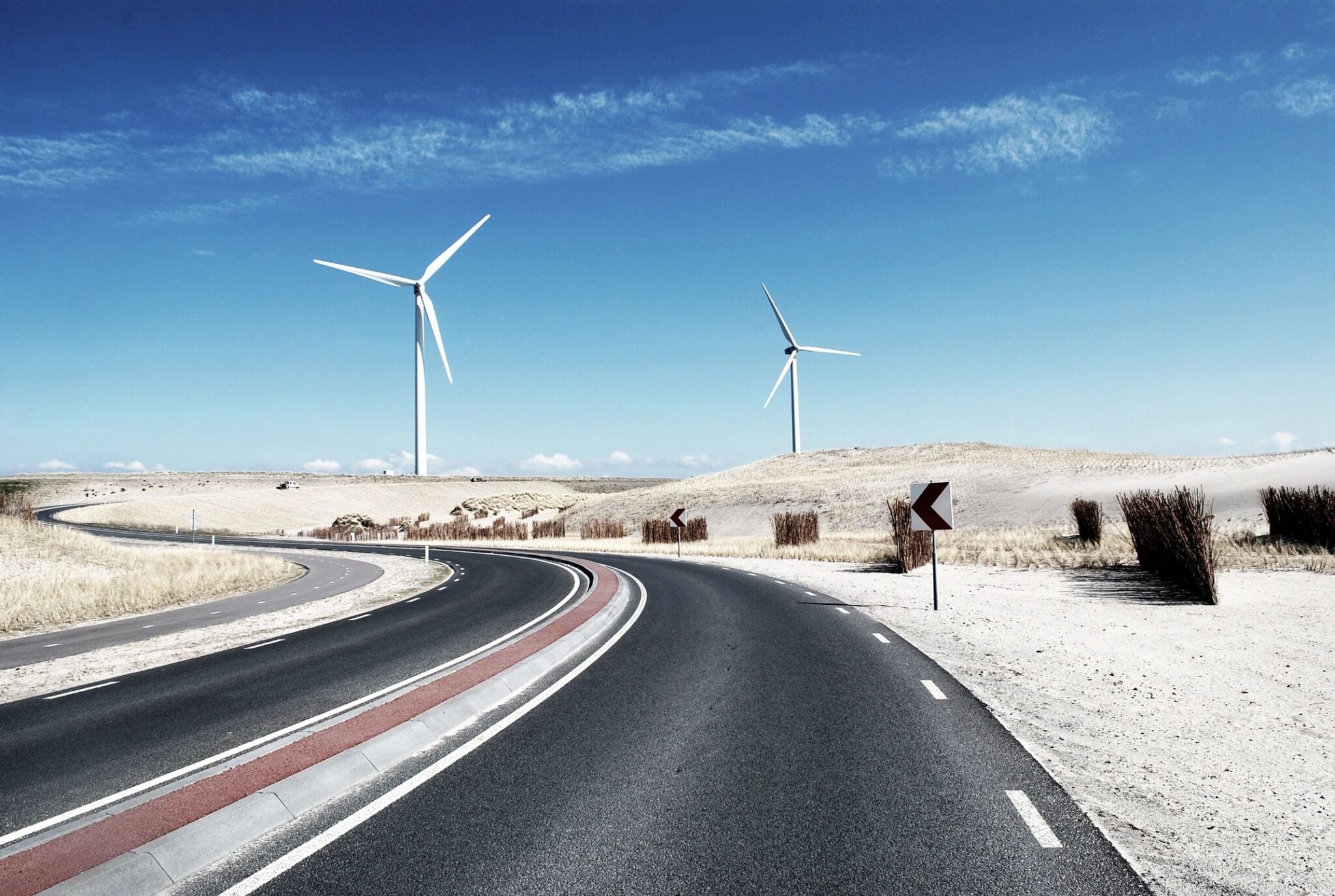 The Unfortunate Withdrawal of the US from the Paris Agreement is part of a series of articles about key science policy issues. Please use these to become an informed voter, ask political candidates about the issues, and put every candidate on record about science.

In December 2015, parties of the UNFCCC (United Nation Framework Convention on Climate Change) gathered at the twenty-first Conference of Parties (COP21) in Paris to create a new international deal to mitigate climate change, called the Paris Agreement. Its ultimate goal was to keep the rise in average surface temperature below 2 degrees Celsius—which is still above preindustrial levels—and to give support to associated countries in dealing with the consequences of climate change. During COP21, 195 countries signed the deal, and by the end of 2016 it was stronger due to this high number of signatures and ratifications by nations around the world. However, by 2019 this number decreased to 185, representing the governments that have maintained their initial positions and officially ratified the agreement.

Ask a candidate: What is your position on the use of fossil fuels versus renewable energy?

Although included among these 185 parties, the United States abruptly changed course in its climate policies when Donald Trump’s agenda took effect and the new president alleged that climate change was a hoax perpetrated by China to weaken the US economy. While President Barack Obama had defended the Paris Agreement as a “tribute to America’s leadership,” President Trump officially announced in June 2017 that the US would leave the Paris Agreement and would only consider returning if there were new negotiations to make it more, in his words, “fair.” Trump’s decisions regarding climate policy did not come as a surprise; once he was elected President, some of his goals were to restimulate the fossil fuel industry, dismantle the climate policies already instituted in the country, and appoint anti-climate officials to important positions in the government.

Despite Trump’s proclamation of departing from the Paris Agreement, there must be a three-year waiting period before any party is allowed to leave it, according to Article 28 of the document. This means that the United States cannot officially apply for withdrawal until November 2019, after which another year must pass until the party can be considered officially removed. Until then, the US has to send officials to relevant meetings and will participate “in order to ensure a level playing field that benefits and protects US interests,” according to the Department of State.

Ask a candidate: What is your position on US participation in the Paris Agreement?

Because the Paris Agreement has been widely acknowledged as a symbol for worldwide connectivity, collaboration, promotion of renewable energy, and low-carbon economies, the withdrawal of one of the largest economies on the planet could definitely harm its sustainability. The United States is still a major influencer of climate governance—the diplomacy and mechanisms used to prevent and mitigate climate change. The withdrawal of this country from the Paris Agreement may give rise to new climate leaders, such as China. By withdrawing from the Paris Agreement, the US is essentially withdrawing from its role as a world leader and focusing on a more inward, isolated position, which will lead to other outcomes not only in the climatic scenario but also in the geopolitical one. Denying climate change and refusing climate-related financial aid to developing countries could lead to the breakup of alliances and harm the country’s reliability as a potential negotiating partner in future cooperation on global issues.

Meanwhile, there have been significant alterations in the United States to climate research funds and budgets since 2017, including drastically reduced support for climate-related scientific research. During President Obama’s administration, the government pledged $3 billion for the Climate Fund (global funds to help developing countries’ investments in renewable energy and low-emission technologies), while in President Trump’s mandate, there was no pledge at all. The United States Agency for International Development (USAID) budgets have also been cut significantly during Trump’s administration, to only $200 million, a reduction of about 70 percent compared with past years.

Although the current federal government has been neglectful regarding climate policies, the private sector and local governments in the United States can temporarily fill this void by acting more regionally. Right after Trump’s statement about abandoning the Paris Agreement, more than 2,700 American states, cities, and businesses formed a coalition called America’s Pledge and declared, “We are still in,” showing the people’s commitment to the climate deal. The America’s Pledge movement was created to urge local governments and citizens to fight together to mitigate climate change, and it is indeed affecting emissions reductions. In 2017, non-federal climate action and other investments in clean energy led to the greatest decrease in CO2 emissions in the last 25 years. Among many influential states, California and its 40 million people have agreed to a carbon-free future. Eighty-four cities and counties throughout the country have agreed to use 100 percent renewable energy. And many private corporations have also committed to decrease their carbon footprints, both in the US and globally.

It is true that the United States could meet the Paris Agreement requirements even without the cooperation of the federal government, considering that so many other organizations are willing to help. However, without federal support of environmental protection issues, job creation could be slowed down and the green energy sector would likely not get the needed subsidies. Fossil-fuel industries, on the contrary, could expand continuously as Trump’s government defends this sector. In fact, the administration has enabled an increase of 600 percent of land available for oil and gas companies since 2016. In 2018, 80 percent of America’s energy came from fossil fuels; that’s a striking 4 percent growth in petroleum and natural-gas consumption. Trump has also terminated Obama’s Clean Power Plan and removed several EPA regulations, leading to an expansion of coal-mining jobs nationwide—rather than the creation of new renewable-energy jobs.

On the other hand, domestic consumption of coal has been the lowest since 1979, and renewable energy production has grown since 2017, showing an increase of 3 percent. The International Energy Agency reports that solar photovoltaic (solar panel) energy generation increased 31 percent in 2018 worldwide, and that for the next five years we can expect a robust increase in the use of solar power, mainly because of the higher competitiveness in costs and increasing policy actions. And it is possible that by 2030, 27 million electric cars will be on US roads.

The state of climate policy in 2019 suggests that Trump and his administration will likely remain apathetic to the climate-driven problems occurring now, such as increasingly severe hurricanes and related deaths, more devastating wildfires, and diseases caused by air and water pollution. These impacts will not only be felt by the people but will also affect the government’s pocketbook. A scientific report on air pollution caused by the energy sector (fossil-fuel industries) showed an amount of $160 billion spent to mitigate environmental damage in 2011 alone. Regardless of money, if the current trend of climate change continues without a drastic change, the World Health Organization predicts an additional 250,000 climate-related deaths per year around the world, from 2030 onward.

Besides the foreign implications of US climate leadership, the potential loss of confidence in US leadership and reliability, and the money spent to cover climate-related damage, the most important concerns that the government should take action on are the lives at risk and the humanitarian crises. Withdrawing from the most powerful and unified climate agreement in the world will almost certainly have dire consequences, and the remaining time of Trump’s administration will potentially shape the future of the world’s climatic situation.

With the federal government’s lack of climate leadership, cities, states, businesses, and private citizens are stepping into the breach. Going forward, what will future elected officials do to ensure that renewable energy is developed and that our climate is not irreparably changed? Who will stand up for our collective environmental and economic future?

This article is part of a series funded by a grant from Science Debate. “Given the many urgent scientific and technological challenges facing America and the rest of the world, the increasing need for accurate scientific information in political decision making, and the vital role scientific innovation plays in spurring economic growth, we call for public debates in which the US presidential and congressional candidates share their views on science and technology, health and medicine, and the environment.” —Science Debate

Leggett, J. A. (2019). Potential implications of U.S. withdrawal from the Paris Agreement on Climate Change. Retrieved from https://crsreports.congress.gov/product/pdf/IF/IF10668

The White House. (2015). Statement by the president on the Paris Climate Agreement. Retrieved from https://obamawhitehouse.archives.gov/the-press-office/2015/12/12/statement-president-paris-climate-agreement

The White House. (2017). Statement by President Trump on the Paris Climate Accord. Retrieved from https://www.whitehouse.gov/briefings-statements/statement-president-trump-paris-climate-accord/