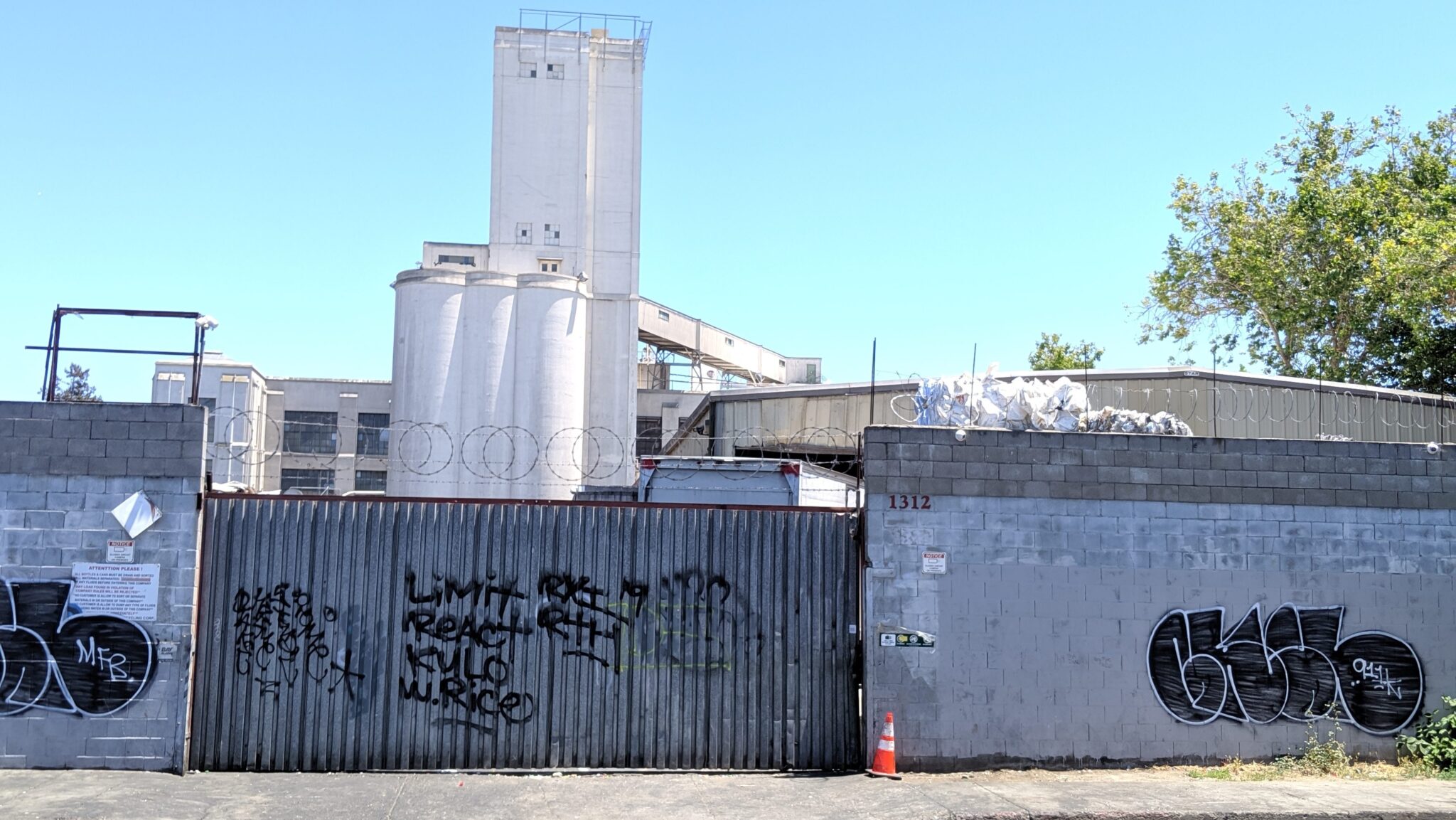 When we talk about recycling, mitigating climate change, protecting habitats, and more, it’s not only for some abstract mission of “saving the earth,” though that would be good, too. These are environmental justice issues; they are part of the struggle for basic human rights.

Environmental justice in the US

In the United States, the environmental justice movement grew out of the civil rights movement of the 1960s and 1970s. Communities of Black, Latinx, Native American, low-income, and immigrant groups found that they were disproportionately affected by physical and mental health risks created by environmental factors. Many of these communities were founded or relocated near waste treatment facilities, slaughterhouses, ports, and shipyards, which can expose people to dangerous air pollutants and toxins, hazardous waste, decaying animal parts, and fossil fuel combustibles. These communities may lack access to clean drinking water or fresh produce. Overcrowding is another issue, which, according to the World Health Organization, can exacerbate the spread of diseases. Finally, noise and light pollution disrupt sleep patterns and contribute to mental stress.

Researchers have speculated that these adverse health effects are not caused by a single factor but are instead the result of cumulative exposure to multiple sources. As Gary Evans and colleagues conclude in a 2004 paper, “Cumulative environmental risk exposure among low-income families may contribute to bad health, beginning in early childhood.”

Wealthier, primarily white communities often manage to avoid these blights. And that’s no accident. As Richard Rothstein details in The Color of Law, government-sanctioned activities including residential zoning laws, price gouging, and restrictive covenants have contributed to a legacy of de jure segregation in the United States. As a result, Black and other non-white communities, as well as low-income or other socioeconomically disadvantaged communities, have often been relegated to undesirable land tracts and the accompanying environmental hazards.

Working toward environmental justice with the EPA

Taking these factors into account, the United States EPA created the Environmental Equity Working Group in 1990. In 1994, President Bill Clinton signed Executive Order 12989, the Federal Actions to Address Environmental Justice in Minority Populations and Low-Income Populations. The government has been working with affected groups since that time, offering grants, funding, and resources.

Of course, with the knowledge that the positive impacts of the EPA have been limited under the Trump Administration, and that working with government agencies has always come with red tape, many affected groups have not waited for a government grant and have instead taken to community organizing as a means for directly improving community health. In many cases, community groups have used the strength of their organizations to improve their relationships with the government.

One successful example of governmental collaboration took place between the West End Revitalization Association (WERA), based in Mebane, North Carolina, and the EPA’s Office of Environmental Justice. Some residents in Mebane’s historically Black and Native American lived with unpaved roads, leading to dust and poor water drainage, as well as poor sewage facilities. Additionally, in 1999 the North Carolina Department of Transportation proposed building a highway through the town.

WERA received a grant from the EPA so the community could take ownership of its own health–with the grant, they would be able to document health risks from contaiminated drinking water and surface water. Working with researchers, community members took water and air samples and created detailed maps and surveys to identify health risks. As stated in a 2008 paper authored by Sacoby Wilson et al., they measured and predicted the impacts of factors such as “carcinogen-leaking underground storage tanks, abandoned landfills, illegal dumps, dilapidated housing, proximity of the wastewater treatment plant to African American households, unpaved streets, and the planned destruction of the West End/White Level by the 119-bypass without community input.”

Using its community owned and managed research (COMR) approach, WERA was able to halt progress on the highway construction and gather information to mitigate its public health issues. Now, WERA cofounders Omega and Brenda Wilson help communities learn how to implement their own version of COMR, while still advocating for improved conditions in Mebane.

WERA could just as well be called a “citizen science” project, but its cofounders use the term “community science.” As Omega Wilson said at the Citizen Science Association Conference in April 2019, “community science doesn’t leave anyone out.”

When we think of citizen science, we often think of scientists inviting members of the community to participate in a project. But there’s another common form of citizen science, in which communities invite scientists to do research in order to help solve problems. Ms. Margaret Gordon, codirector of the West Oakland Environmental Indicators Project (WOEIP), put it this way: “We got tired of agencies telling us no when we’re telling them yes.”

Ms. Gordon, a Bay Area native and organizer since the age of 16, noticed that in her West Oakland neighborhood, everyone had trouble breathing. She also noticed that the neighborhood was polluted with fumes and particulate matter from three nearby freeways, recycling companies, a water treatment center, and the Port of Oakland, with its ships, cargo equipment, and diesel trucks.

In 2000, the Pacific Institute, an Oakland-based nonprofit, granted funding and research training to Ms. Gordon and West Oakland residents, emphasizing community-led strategies to improve the area. The WOEIP formed out of this partnership. Ms. Gordon and community members were able to gather data on the root causes of illness in the community by using air and water quality monitoring devices to track environmental indicators that could affect public health. They determined that compared with the rest of Oakland, West Oakland is exposed to nearly three times as many toxic chemicals, amplifying community health risks.

WOEIP has been able to share the data it collected with government agencies, including the EPA and the California Department of Toxic Substance Control, to directly challenge environmental injustices and create new policies. They have since been able to help develop West Oakland’s first neighborhood-based asthma clinic and link the community’s high asthma rates to its proximity to polluting emissions.

According to the Neighborhood Knowledge for Change report, released by the Pacific Institute in 2002, “Neighborhood environmental indicators, by helping residents understand and articulate these inequities, can empower those most affected to improve their living conditions.” WOEIP embodies this fully. The organization is community driven and offers data training to activists, putting power in the people’s hands. At age 72, Ms. Gordon is still an active leader with WOEIP.

If you live in a community affected by hazardous environmental conditions, take the time to learn about the history of these conditions and what you might do to effect change. Find your local advocacy group and see what initiatives you can join. And if there are no ongoing projects, perhaps you can talk to some friends about how you can bring about better water treatment facilities, or safer construction projects away from communities, or stricter air quality regulation.

Citizen science is a fantastic starting point if you’re not sure how to get involved. Crowd the Tap lets participants check whether they are receiving their water from lead pipes, which are always unsafe. Sound Around Town allows participants to collect data on noise pollution and its effects. Like WERA, these projects give community members the power to understand their own conditions and thus advocate for themselves with controlling agencies. You can find other projects, nationally or locally, on SciStarter.

Featured image by Shayna Keyles; stacks of plastic waiting to be processed at the National Recycling Corporation in West Oakland.

Updated 7/1/2019 to include additional information from WERA.

—Shayna is the managing editor for Science Connected. Since 2016, Shayna has worked with the organization as a way to bridge her passions of understanding the natural world and creating honest, exciting writing. Shayna also serves as an acquisitions editor at North Atlantic Books. Outside of office life, she experiments in the kitchen, doodles furiously, plays board games, and plays outside. You can follow her on Twitter @shaynakeyles.

Rothstein, R. (2018). The color of law: A forgotten history of how our government segregated America. New York: Liveright Publishing Corporation, a division of W.W. Norton & Company.