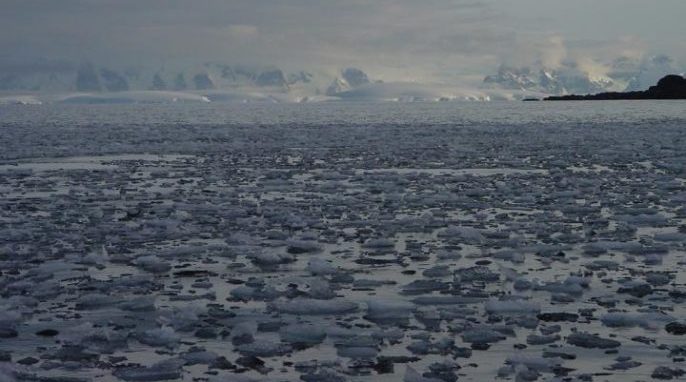 Between December 2001 and February 2002, the Antarctic continent underwent a season of intense melting. Aside from the loss of ice, what really happens when Antarctica melts? New research reveals that the changes range from sped-up microbial food webs to shifting penguin populations.

The clash of two climatic cycles, the Southern Annular Mode and the El Niño Southern Oscillation, produced an unusually warm and windy spring season across Antarctica back in 2001–2002. This climate event melted glaciers including the Totten Glacier, thinned lake ice, and caused startling changes to the Antarctic sea ice. Fortunately, researchers were on hand to observe and document the event, giving us a glimpse into the ecological future of this most remote continent as Antarctica melts away.

[tweetthis]What is the ecological future of the most remote continent, as Antarctica melts away?[/tweetthis]

“These two vastly different polar ecosystems offer insights into how diverse ecosystems around the world will respond to climate change,” says Hugh Ducklow, the Columbia University ecologist who leads the Palmer LTER. “With long-term studies already in place, we were able to observe the effects on so many different levels.” One of those studies recently measured the carbon released into our atmosphere during the last deglaciation period.

Climate conditions caused the sea ice to thicken in part of the West Antarctic Peninsula in 2001–2002. At the same time, melting increased at the edge, releasing large quantities of fresh water and ice-bound algae directly into the ocean. These added nutrients fueled a large spring population of algae and Antarctic krill, a major food source for penguins, whales, seals, fish, and flighted seabirds.

Animals living along the peninsula coast were also treated to greater snowfall and earlier spring snowmelt. The nests of early-hatching Adélie penguins were wiped out by resultant flooding, and the advantage went to later-nesting gentoo and chinstrap penguins.

Further south in the Dry Valleys, wind rapidly melted the mountain glaciers, releasing water across the dry landscape, scouring streambeds, raising lake levels, and releasing windblown dust deposits long buried inside the glacial ice. The lake ice suddenly thinned from its usual six meters, allowing more sunlight than usual to reach the upper layers of the plankton community that thrives in lake water under the ice.

The observable impacts of the 2001–2002 climate anomaly came and went. However, that single season of warming was the start of nearly a decade of rising lake levels and Antarctic habitat change.

In so many ways, ice protects Antarctica from environmental change, but only to a certain extent. Long-term ecological research is allowing scientists to understand how ecosystems may respond when unusual weather becomes the typical climate.

These findings were published in BioScience, the journal of the American Institute of Biological Sciences (AIBS).

—Kate serves as the editor in chief here at GotScience.org.