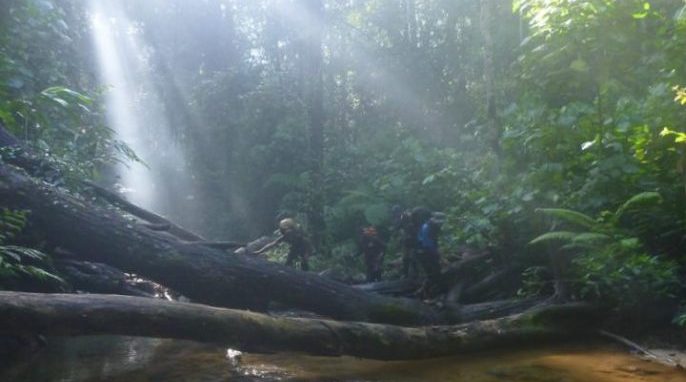 The global trade in products made from illegally extracted timber is a multi-billion dollar industry. The World Wildlife Fund (WWF) estimates it to be worth between $30 billion and $100 billion annually. The practice not only threatens ancient forests and critical habitats for wildlife, but also results in significant economic and environmental problems for many developing countries. Clear-cutting is known to disrupt carbon in the soil. However, forest protection agencies face limited budgets and must cover large areas, making sound investments in security resources critical.

A team of researchers is developing methods based on artificial intelligence (AI) to prevent illegal logging. Researchers at the University of Southern California (USC), the University of Texas at El Paso, and Michigan State University recently partnered with the nonprofit organization Alliance Vohoary Gasy in Madagascar to limit the illegal logging of rosewood and ebony trees, which has caused a loss of forest cover on the island nation. The research team worked to determine the balance of security resources in which Madagascar should invest to maximize protection and figure out how to best deploy those resources.

Past work in game-theory-based security typically involved specified teams—the security workers assigned to airport checkpoints, for example, or the air marshals deployed on flight tours. Finding optimal security solutions for those scenarios has been difficult, and a solution involving an open-ended team had not been previously feasible. Therefore, the researchers developed a new method called SORT (Simultaneous Optimization of Resource Teams) that they are experimentally validating using real data from Madagascar.

The research team created maps of the national parks, modeled the costs of all possible security resources using local salaries and budgets, and computed the best combination of resources given these conditions. “We compared the value of using an optimal team determined by our algorithm versus a randomly chosen team, and the algorithm did significantly better,” says Sara McCarthy, a PhD student in computer science at USC.

The easy-to-use, fast algorithm’s features can be applied not only to the safeguard of other national parks with different characteristics but also to many other different issues. “This work is not only important because of the direct beneficial impact that it has on the environment, protecting wildlife and forests, but on the way that it can inspire others to dedicate their efforts into making the world a better place,” McCarthy says.

“I am very proud of what my PhD students Fei Fang and Sara McCarthy have accomplished in this research on AI for wildlife security and forest protection,” says Milind Tambe, professor of computer science and industrial and systems engineering, as well as director of the Teamcore Research Group on Agents and Multiagent Systems at USC. “Interdisciplinary collaboration with practitioners in the field was key in this research and allowed us to improve our research in artificial intelligence.”

With the help of citizen science volunteers, researchers are using artificial intelligence and computers to make scientific breakthroughs with these citizen science projects.

AI is also being used to protect endangered animals from poachers. Read about it now.