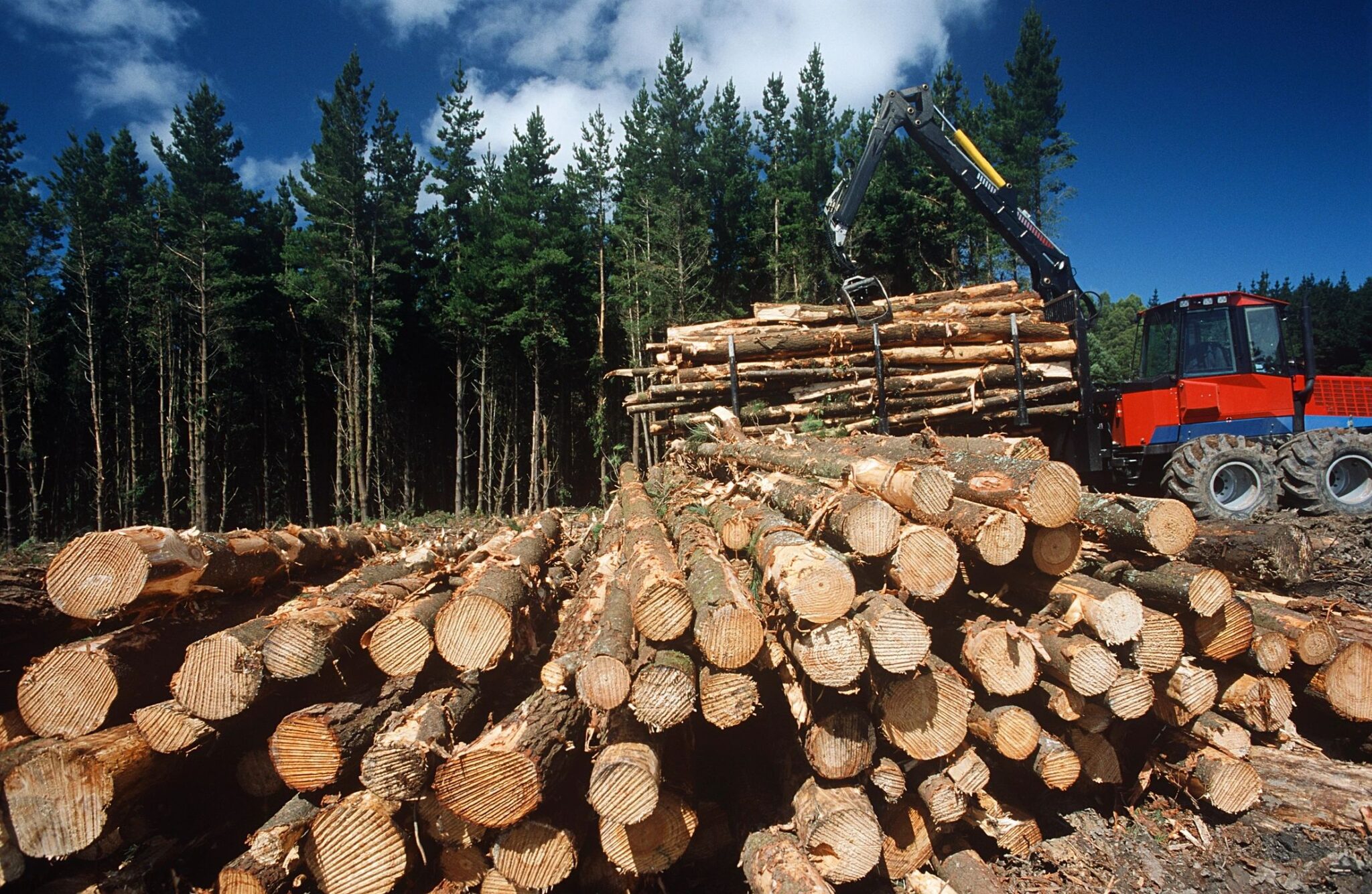 Clear-cutting is chopping down all the trees in an area, as opposed to selective logging, which is removing only the mature trees. Needless to say, it it harmful to the environment.

We’ve all heard that clear-cutting forests has many adverse effects on the environment. But humans have been cutting down forests for agriculture and to harvest wood for millennia. So what’s the big deal?

There are now more humans on Earth than ever before, so demand for wood and food is unprecedented. And for the past few years, people have been clear-cutting forests for biofuel. Clear-cutting is chopping down all the trees in an area, as opposed to selective logging, which is removing only the mature trees. A new study has found another downside to clear-cutting: It makes carbon compounds in the soil more loosely bound to mineral surfaces and therefore more likely to escape into the atmosphere as carbon dioxide, which further contributes to global warming.

Clear-Cutting, Carbon, and You

“Clear-cutting forests has an effect of mobilizing the carbon, making it more likely to leave the soil and end up in the atmosphere,” says senior researcher Andrew Friedland from Dartmouth College.

Soil stores the largest amount of carbon on land—three times more than the trees above ground do. Northern hardwood forests in the US store up to 50 percent of the total carbon in the ecosystem. Changes in land use cause carbon to be released from the soil.

One reason that forests may be more susceptible to clear-cutting is the widely proposed belief that biomass can be burnt as a “carbon-neutral” fuel source, meaning that there will be no net production of carbon dioxide in the atmosphere. As a result, some scientists believe biomass can be used as a form of renewable energy. But other scientists argue that the carbon released by burning would linger in the atmosphere for years or even decades before it is recaptured by plants. Moreover, it has been suggested that burning biomass will not lower carbon dioxide emissions unless there is an increase in plant growth. Since the main purpose of using biomass as biofuel is to reduce our carbon emissions, scientists should assess the long-term stability of carbon in the soil after clear-cutting.

Soil organic matter—plant and animal residues that are a major source of soil carbon—binds to minerals in the soil. If soil organic matter binds tightly to mineral complexes, it is not readily available for microbes to use and release into the atmosphere through microbial respiration, an energy-producing reaction which releases carbon dioxide. On the other hand, if soil organic carbon is loosely bound, it will be easily available for microbes to use for energy production through respiration, which releases carbon dioxide back into the atmosphere.

Lead researcher Emily Lacroix and her team from Dartmouth College quantified the amount of carbon in soil organic matter and the binding strength of soil organic carbon to mineral surfaces in soils collected from Bartlett Experimental Forest, a research forest in New Hampshire. The researchers extracted and compared soil samples from three different sites in the forest: one 5 years after clear-cutting, another 55 years after clear-cutting, and a third from an undisturbed site known as “mature” forest. The soil samples were dug up from two different depth ranges: 0 to 20 cm, and 20 to 45 cm.

Using sequential chemical extractions, the team compared the amount and binding strength of soil organic carbon to mineral complexes in the soil. The most loosely bound soil organic carbon was extracted in the first step, followed by more tightly bound carbon, which was released by harsher chemicals with each subsequent extraction step.

These results suggest that clear-cutting forests may not only decrease the amount of carbon in the soil, but also inhibit carbon from tightly binding to mineral surfaces. When carbon is loosened in the soil, microbes can more easily use it for respiration, and more of it is released into the air.

“These findings are important because differences in the relative distribution of carbon in organomineral pools in mature and cut forests may inform our understanding of soil organic matter stability and bioavailability, microbial decomposition, and carbon dioxide production in ecosystems after clear-cutting,” says Friedland.

Learn More about Carbon in the Environment

This study was published in the journal Soil Science.