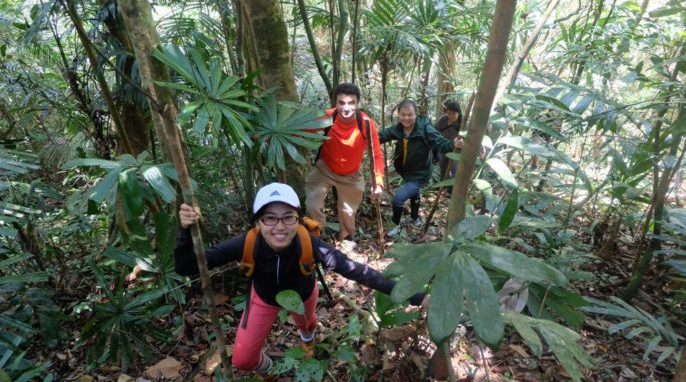 By now, we have all heard about the poaching of endangered animals. A century ago, more than 60,000 tigers roamed the wild. Today, the worldwide wild tiger population has shrunk to around 3,200. Poaching is the number one cause of this dramatic drop in tigers. Humans have pushed tigers close to extinction by killing them for skins, medicine, trophy hunting. Other large animals, including elephants and rhinos, face the same problem. Now, however, artificial intelligence (AI) is ready to curb poaching and protect the animals.

Of Rangers and Poachers

Human patrols serve as the most common means of protecting endangered animals from poachers, especially in the major national parks. However, patrolling is time-consuming and labor intensive, and protection agencies have limited resources.

That is why researchers are using AI and game theory to solve poaching, illegal logging, and other problems worldwide. This is a collaboration among researchers and conservationists in the US, Singapore, Netherlands, and Malaysia. Support is coming from the National Science Foundation (NSF) and the Army Research Office.

The main challenge is that a few rangers have a large area to patrol. They often find the slaughtered animals that poachers leave behind instead of preventing the animal deaths. “In most parks, ranger patrols are poorly planned, reactive rather than proactive, and habitual,” says Fei Fang, a Ph.D. candidate in the computer science department at the University of Southern California (USC).

The research currently underway builds on the idea of “green security games,” the application of game theory to wildlife protection. Game theory uses mathematical and computer models to find patterns and predict behavior.

“This research is a step in demonstrating that AI can have a really significant positive impact on society and allows us to assist humanity in solving some of the major challenges we face,” explains Milind Tambe, professor of computer science and industrial and systems engineering and director of the Teamcore Research Group on Agents and Multiagent Systems at USC.

Anti-Poaching Law: There’s an App for That

The researchers created an AI-driven application called PAWS (Protection Assistant for Wildlife Security) in 2013 and tested the application in Uganda and Malaysia in 2014.

PAWS uses data on past patrols and evidence of poaching to plan future patrol routes for rangers. As the app receives more data, it “learns” and improves its planning. And it is working. The system has already led to more observations of poacher activities per square kilometer, developers report. The AI considers terrain information and topography to suggest the best patrol routes for park rangers.

The application also randomizes the routes to prevent rangers from falling into predictable patterns. “If the poachers observe that patrols go to some areas more often than others, then the poachers place their snares elsewhere,” Fang says.

In addition to helping patrols find poachers, the tools may assist them with intercepting trafficked wildlife products and other high-risk cargo, adding another layer to wildlife protection. The researchers are in conversations with wildlife authorities in Uganda to deploy the system later this year. They have already presented their research at the Association for the Advancement of Artificial Intelligence (AAAI) conference in February 2016, and they will discuss it again at the 15th International Conference on Autonomous Agents and Multiagent Systems (AAMAS) in May 2016.

“There is an urgent need to protect the natural resources and wildlife on our beautiful planet, and we computer scientists can help in various ways,” Fang said. “Our work on PAWS addresses one facet of the problem, improving the efficiency of patrols to combat poaching.”

This AI system is also being used to protect forests from illegal logging. Read about it now.