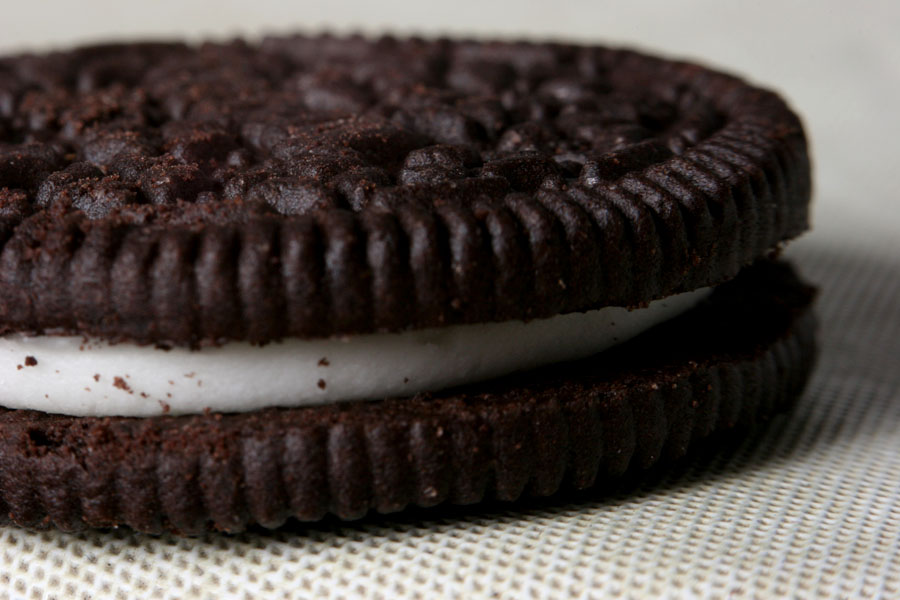 Have you ever wondered why, when you separate an Oreo, the filling usually sticks to one side? The reason might be the future of 3D printing.

If you’re the type of person who splits an Oreo cookie in half before eating it, have you ever wondered why the cream almost always sticks to one side, versus splitting down the middle?

A group of engineers at Massachusetts Institute of Technology (MIT) uncovered the answer in a recently published study. While on the surface, it’s a sweet addition to science, this cookie-centric research has larger implications, influencing not only the field of rheology – or the study of how matter flows – but potentially impacting developments in food science and even the future of 3D printing.

This study, published in April, is part of a project inspired by lack of access to labs when the Covid-19 pandemic started. Unable to use traditional lab equipment, researchers like MIT PhD candidate Crystal Owens turned to their home kitchens as a means of scientific discovery.

For Owens and the research team, including two mechanical engineering professors, Oreos presented the perfect opportunity to study “parallel plate rheometry”, or how not-quite-solid, not-quite-liquid substances held between two plates behave under stress. Owens’s primary area of expertise lies in inks for 3D printing, which have an uncanny similarity to the cream inside sandwich cookies. Inspired by a 2016 Princeton study that showed Oreos almost always split with cream on one cookie and not the other, Owens and the other researchers got curious as to why.

To find out, they separated Oreos – scientifically referred to as “trilayer laminate composites” – by attaching machinery to both sides of the cookie, then twisting it apart mechanically.

This method is a typical test in rheology research. A fluid is applied to one platform of a machine called a rheometer, then a parallel plate from above is lowered down to touch the test fluid. Then the plates spin parallel to each other, while sensors detect degrees of rotation, torque, and other metrics as they twist.

While Oreo cream appears solid, it can behave like a liquid under certain conditions, such as what it undergoes in a rheometer, or in your hands as you twist it apart. It’s considered a “yield stress fluid,” similar to concrete, lava, and guacamole. The team noted that the torque required to twist open an Oreo is roughly equivalent to the torque needed to turn a doorknob.

In all, the team went through 20 boxes of Oreos, even testing different kinds of the popular sandwich cookie: Double Stuf, Mega Stuf, dark chocolate filling, golden wafers, in addition to the old-fashioned regular version.

While the team expected that Oreos with thicker cream layers would separate more evenly, they instead found that roughly 95% of the cream remained on one wafer versus the other, no matter the Oreo’s flavor or amount of stuffing. The only exceptions were occasional Oreos from older boxes, which the team believes may have been affected by heat, humidity, staleness, or other factors.

So why does this happen? The researchers believe it has to do with specifics in Oreo manufacturing.

“Videos of the manufacturing process show that they put the first wafer down, then dispense a ball of cream onto that wafer before putting the second wafer on top,” says Owens. “Apparently that little time delay may make the cream stick better to the first wafer.”

The team also posited that a cookie’s location within the box of Oreos might determine which wafer would hold on to the cream. Overall, by mapping each cookie to its original position within a box, the researchers found that cream mostly stuck to the wafer closest to the inside, peeling away slightly from the outside wafer. Though the reason behind this is unclear, they suspect heat or movement in transit might be influencing factors.

From treats to 3D printing

While this study is fun, lighthearted, and potentially appetite-inducing, it has potential for larger applications, especially in Owens’ world of 3D printing materials and for the development of electronics.

“My 3D printing fluids are in the same class of materials as Oreo cream,” Owens says. “So, this new understanding can help me better design ink when I’m trying to print flexible electronics from a slurry of carbon nanotubes, because they deform in almost exactly the same way.”

Rheology also has implications for food science, allowing researchers to more thoroughly incorporate certain ingredients into others (like cocoa butter into chocolate, for instance), to create better eating experiences for consumers, or to better understand the structure of nontraditional ingredients, like gluten-free flour.

“Understanding the flow behavior of food ingredients and products has widespread impact on economies of production, public health, and individual diets,” the study states.

As research continues in these areas, Owens and her fellow engineers encourage an at-home study of “Oreology” in the meantime. They’ve provided step-by-step instructions for citizen scientists to make their own rheometers at home and conduct their own experiments on sandwich cookies. With the help of a 3D printer, rubber bands, a tabletop, and some pocket change, the next sweet discovery could be just a twist away.

This study was published in the peer-reviewed journal Physics of Fluids.