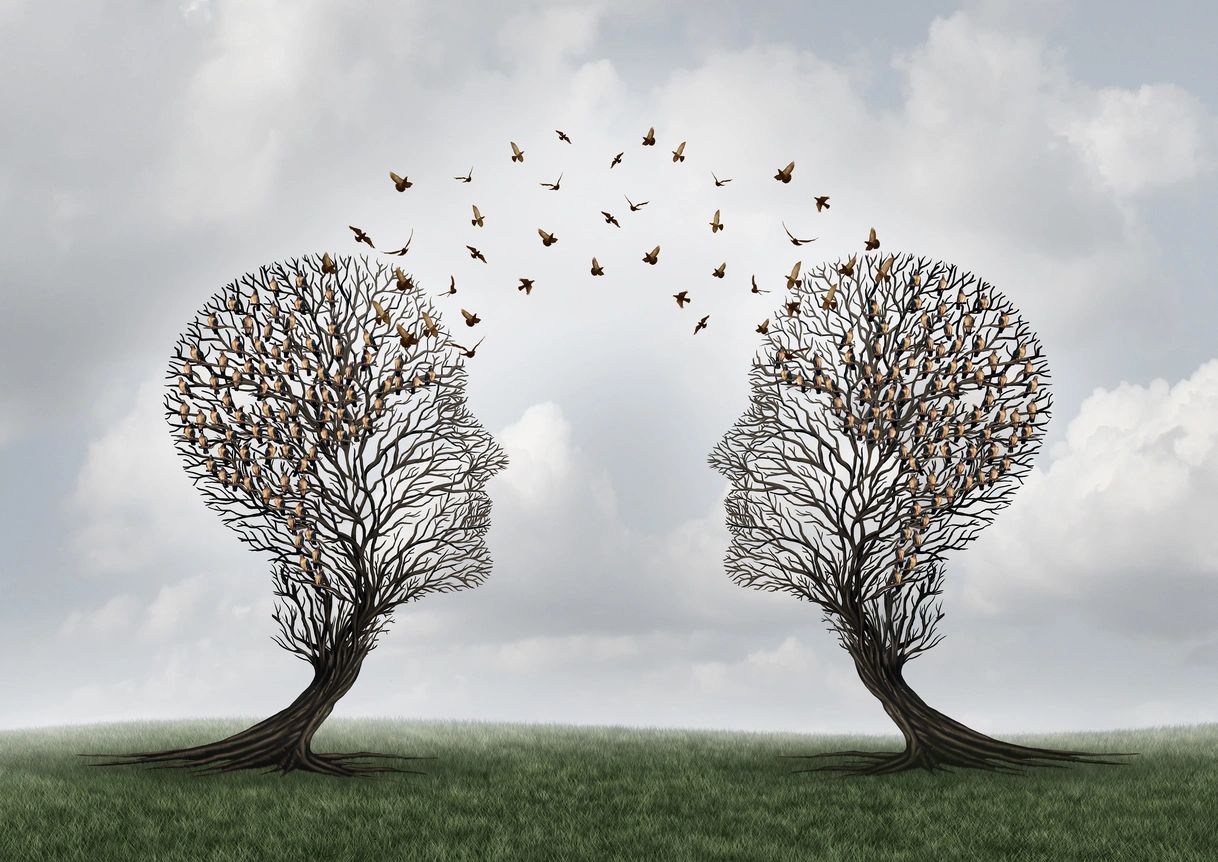 Researchers are studying the brain circuits affected by depression and anxiety, opening the way for more effective treatments.

In general, your brain is made up of many different circuits. Some are important for forming memories, while others are necessary for self-reflection. Using brain imaging technology, researchers in clinical neuropsychology have demonstrated that many disorders, such as major depressive disorder, obsessive-compulsive disorder, and anxiety, are characterized by altered activity in one or more brain circuits. While this research is still evolving, work from Dr. Williams’s lab at Stanford University demonstrates how better understanding of abnormal circuit activity can help determine accurate diagnoses and even predict which types of treatments would work best for each patient (Goldstein-Piekarski et al., 2022).

In this work, Goldstein-Piekarski et al. focused on a subset of brain circuits and quantified their connectivity. Connectivity is the measure of how connected two or more brain regions are. You can think of it as the ligaments holding together your bones. The stronger your ligaments are, the better connected your bones are. The weaker the ligaments, the more likely it is that your bones won’t align as they should.

In the case of brain circuits, these connections between different brain regions mediate neural activity: if one brain region is activated, it will send information to the other brain regions it is connected to. This interconnectedness enables rapid communication between brain regions that are involved in the same functions. For example, if something suddenly makes you anxious, a circuit of brain regions will be rapidly activated that enables you to process what is going on and determine how you should react. Goldstein-Piekarski et al. hypothesized that the connectivity within circuits may be altered in people that are suffering from mental health disorders, such as anxiety or depression, ultimately leading to their feelings of depression and anxiety.

The Neurobiology of Anorexia

The researchers decided to focus their study on a subset of brain circuits by conducting a meta-analysis. A meta-analysis is a comparative search of many previously published articles that have already identified how different circuits are associated with distinct cognitive and emotional functions. Based on this analysis, the researchers focused on six circuits: the default mode circuit, the salience circuit, the attention circuit, the negative affect circuit, the positive affect circuit, and the cognitive control circuit. Each of these circuits are made up of a number of different brain regions. Note that in some cases the same brain region can play a role in more than one circuit—that’s because each brain region has several groups of axons that can be activated independently from each other.

Next, to measure each circuit’s connectivity, the researchers used functional magnetic resonance imaging, or fMRI. This technique measures brain activity associated with changes in blood flow. We know that brain regions that are more active need more oxygen, which is carried by blood. Thus, fMRI infers that more blood flow means higher activity in that region of the brain. Participants will lie completely still inside the fMRI machine while either resting or watching stimuli presented on a screen (for example, a sad or a happy face).

What do you think about when you sleep?

The researchers recruited three different groups of participants: 185 people were healthy adults without any history of mental health disorders; 160 people were currently suffering from either depression and/or anxiety that varied in symptom severity; and lastly, a treatment group of 205 adults were enrolled in randomized studies treating depression with either pharmacotherapy (e.g., drugs like antidepressants) or behavioral intervention (e.g., counseling).

Four brain circuits associate with symptoms of depression and anxiety

From their study, Goldstein-Piekarski et al. found that changes in the connectivity of two out of the six circuits was associated with distinct symptoms experienced by individuals with anxiety and depression (Figure 1).

1.     In individuals with more severe negative bias and anhedonia (lack of interest) there was a greater reduction in the connectivity across the entire default mode circuit. As the researchers point out, this result is particularly noteworthy because it aligns with evidence from other laboratories that suggest a specific subtype of depression that is due to default mode hypoconnectivity (“hypo” means “reduced”; in contrast, “hyper” would mean “increased”). Weaker connectivity throughout the default mode circuit could therefore be a new biomarker of one type of depression.

2.     Within the salience circuit, connectivity was reduced in people that suffered from depression and anxiety. In particular, these people had a weaker connection between the left and right anterior insula (aInsula), which correlated with anhedonia and worse life satisfaction. Similarly, reduced connectivity between the left amygdala and left aInsula was associated with anxious avoidant behaviors. In short, weaker connections within the salience circuitry made it more likely for a person to experience a number of different symptoms associated with anxiety and depression.

3.     Perhaps not so surprisingly, the negative affect circuit also displayed abnormalities in people with depression and anxiety. Rather than changes in the connectivity between regions, though, the researchers found that two regions within the negative affect circuit displayed abnormal activity in response to sad or threatening faces. Weaker activation of the aInsula in response to sad faces correlated with greater negative bias (which means that an individual is seeing most or everything in a negative light, in contrast to someone who is optimistic). On the other hand, enhanced activation of the right amygdala predicted faster identification of threatening faces. These results are similar to previous studies, demonstrating that individuals with depression or anxiety tend to focus on and attend faster to negative stimuli. Often therapists will work with their patients to counteract this focus on negative events, and pay more attention to the positive things happening around them. In that process, the person is actively modifying how their brain responds to positive and negative experiences. For example, the amygdala will become less active in response to threatening faces.

4.     Lastly, the researchers found an association between greater activation of the dorsal anterior cingulate cortex within the cognitive control circuit when solving a challenging intellectual game and signs of increased inattention and lack of cognitive control. In other words, these individuals showed decreased levels of focus and had more difficulty solving the tasks before them. It is common for individuals with depression or anxiety to experience reduced focus on tasks. Instead, research has shown that their mind wanders, often ruminating on sad memories, anxious moments, or other negative thoughts.

Importantly, not all the people in the study exhibited abnormal connectivity or activation in all of the four circuits. In fact, it was possible to group the participants into unique symptom-groups based on their neural phenotype, or observed characteristics. Some individuals may experience more of a lack of cognitive control, while others may be more likely to attend to negative things around them. One individual may seem like they have a complete lack of interest in anything, while someone else is frequently anxious. All of these symptoms fall into the categories of depression and anxiety, but how and whether they are diagnosed can vary greatly based on the degree and quality of their symptomatology. We do not know if these changes in circuit connectivity or brain region activity are caused by depression or anxiety, or if these are brain phenotypes these individuals have always expressed. It is possible that these types of brain differences make people more vulnerable to developing depression or anxiety in response to certain life events. While this study cannot distinguish causation and correlation, Goldstein et al. did go on to assess if the fRMI results could predict which treatment would work best to relieve particular symptoms.

Brain imaging can predict which treatments will improve mental health

There are two mainstream approaches to mental health treatments: medication (also called pharmacotherapy) or talk therapy (also called counseling or referred to as behavioral intervention). For depression and anxiety, people typically receive antidepressant medication. Antidepressants typically, but not always, regulate signaling of a neurotransmitter called serotonin (although sometimes they affect dopamine or noradrenaline). Serotonin is used in the brain to send signals between neurons and is important for maintaining healthy connections between brain regions. While antidepressants often work well in improving symptoms of depression and anxiety, they can often come with side effects, and sometimes one antidepressant does not work the same way for one person as it does for another. In fact, there are numerous types of antidepressants available, and sometimes a person must go through many different antidepressants to find the one that helps the most and gives the least side effects. Over the last decade, researchers have tried to figure out ways to identify biomarkers that can predict which medication will work best for a particular person—a research field called personalized medicine. Behavioral therapy presents the same challenges: not all types of therapy work for the same person. One person may respond better to traditional talk therapy while others need something more engaging. Goldstein-Piekarski et al. set out to identify how brain circuits and brain region activity can help predict which treatments work best for a specific person. In other words, they wanted to develop a brain map for directing personalized medicine.

Goldstein-Piekarski et al. imaged the brains of 205 individuals before they started on one of four treatments: 1. An antidepressant called an SSRI; 2. An antidepressant called SNRI; 3. A traditional behavioral therapy (counseling); or 4. An active behavioral intervention therapy. By following up with the participants several months later, they could figure out if the treatment had helped lead to improved mental health (called symptom remission).

These results encourage the idea of scanning an individual’s brain prior to any treatment to choose the treatment approach that is likely to help them the most.

This research from Goldstein-Piekarski et al. points to a new way of mapping symptomology and mental health disorders onto brain circuits and even best treatment options. The connectivity strength in two different brain circuits is associated with a subset of symptoms that are experienced by individuals with depression and anxiety. The greater the changes in connectivity, the more the person was likely to exhibit symptoms. In parallel, altered activation of particular brain regions within two other brain circuits was associated with specific depression and anxiety symptoms. Using this information, doctors and therapists will be able to compare a patient’s brain scans to their symptoms. This approach suggests a completely new way of identifying and diagnosing mental health disorders.

Perhaps the biggest take away from this study is that the brain circuits associated with depression and anxiety symptoms are not the ones predicting which treatment will yield the best response. This insight is important for improving treatment strategies and brings us closer to the possibility of personalized medicine, where a therapy is based on a person’s specific brain and body profile rather than a diagnostic category.

This research was published in the peer-reviewed journal Biological Psychiatry.