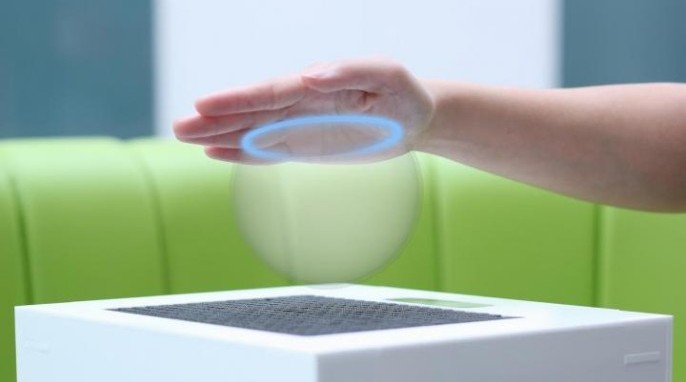 Holograms that seem to have mass and can be touched have long been the stuff of science fiction. Now, they are science fact.

Tactile technology which creates haptic feedback has been used for years in entertainment (such as game controllers), rehabilitation therapy, and even surgical training. Haptic feedback uses touch to communicate with users. “The tactile sensations most people think of when they say “touch” are part of what is known as the somatosensory system. This encompasses a huge variety of sensations, not just sensations such as vibration or pressure, but also things such as pain, temperature, and the position and movement of your body in space,” as explained by Ultraleap. Now, researchers from the University of Bristol’s Department of Computer Science have taken a leap forward by using ultrasound to develop a 3D shape in mid-air that can be touched and felt by human hands.

The system could change the way 3D shapes are used. For example, instead of only looking at images of a suspected tumor, surgeons could explore a CT scan by touching a 3D projection of a tumor or other irregular tissue using haptic feedback.

“Touchable holograms, immersive virtual reality that you can feel and complex touchable controls in free space, are all possible ways of using this system,” says Ben Long, who led the research team. “In the future, people could feel holograms of objects that would not otherwise be touchable, such as feeling the differences between materials in a CT scan or understanding the shapes of artifacts in a museum.”

The method used to create these touchable holograms uses ultrasound. The holograms appear visible and tangible because they push away any surrounding air or liquid. Those disturbances appear to human eyes as 3D objects floating in mid-air. It’s like looking at a 3D outline floating in front of you.

RELATED: YOUR HOUSEHOLD ROBOT IS ON THE WAY

The research team from the University of Bristol’s Department of Computer Science consisted of Ben Long, Sriram Subramanian, Sue Ann Seah and Tom Carter. Their work on this project is published in ACM Transactions on Graphics. They will also present their findings at the SIGGRAPH Asia 2014 conference.