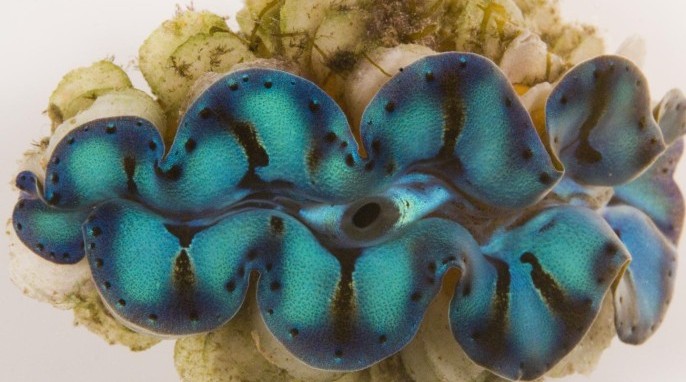 Researchers from the University of Pennsylvania and the University of California, Santa Barbara have found out how giant clams are operating as super-efficient, living greenhouses that grow symbiotic algae as food.

This discovery could have implications for alternative energy research, paving the way for new types of solar panels or improved reactors for growing biofuel.

“Many mollusks, like squid, octopuses, snails and cuttlefish have iridescent structures, but almost all use them for camouflage or for signaling to mates. We knew giant clams weren’t doing either of those things, so we wanted to know what they were using them for,” says Alison Sweeney of U. Penn.

Like coral, giant clams are home to symbiotic algae that grow within their flesh. These algae convert sunlight into a source of nutrition. A clam’s reflective cells enable it to play host to a large population of algae and produce more food than if it didn’t have those reflective cells. “We see that, at any vertical position within the clam tissue, the light comes in at just about the highest rate at which these algae can make use of photons most efficiently,” Sweeney explains. “The entire system is scaled so the algae absorb light exactly at the rate where they are happiest.”

Mimicking the way giant clams use the sun could lead to new approaches to generating alternative energy more efficiently, such as solar cells and bioreactors.”The clam has to make every square inch count when it comes to efficiency,” Sweeney says. “Likewise, all of our alternatives are very expensive when it comes to surface area, so it makes sense to try to solve that problem the way evolution has.”

The study was led by Alison Sweeney, assistant professor in the Department of Physics and Astronomy in Penn’s School of Arts & Sciences, and Daniel Morse, professor emeritus in UCSB’s Department of Molecular, Cellular and Developmental Biology and Director of its Marine Biotechnology Center. The team also includes lead author Amanda Holt, a postdoctoral researcher formerly at UCSB and now at Penn, as well as Sanaz Vahidinia of NASA’s Ames Research Center and Yakir Luc Gagnon of Duke University.

This study was published in the Journal of the Royal Society Interface. The work was supported by the Army Research Office and the Office of Naval Research.

Photo of an iridescent giant clam courtesy of Alison Sweeney