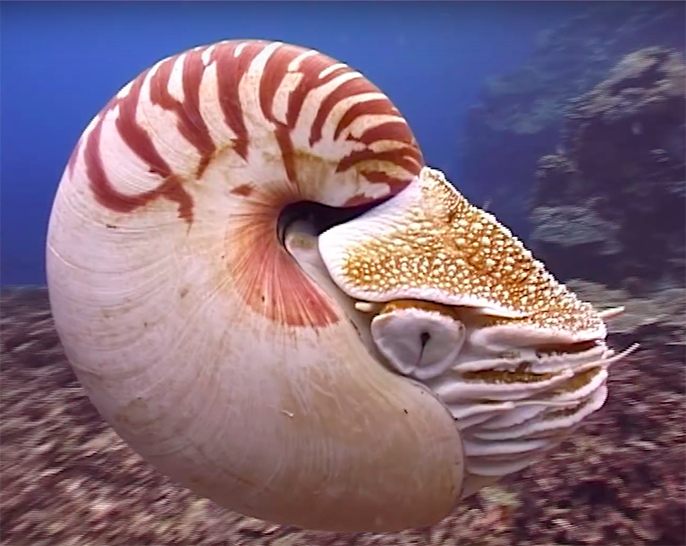 Shells made their first appearance between 635 and 541 million years ago, especially after the first predators had shown up. Ancient squid used to have shells, but modern squid no longer do. How have cephalopods’ shells evolved from a form of armor to means of transportation? How have they adapted to further suit these animals’ needs? Watch this video from the PBS Eons series.

Indeed, the ancestors of modern, squishy cephalopods like the octopus and the squid all had shells. Squid shells helped these mollusks move through water, giving them an advantage over similar animals without a shell. Over time, some cephalopods internalized their shell like a backbone, some of them acquired a different shape, others truncated it. In ancient times, their shell was their greatest asset but it eventually proved to be their biggest weakness.

Today, there are about 375 species of squid. They live all over the world. Squid range in size from under an inch to over 60 feet long. The smallest squid is the Southern pygmy squid (Idiosepius notoides). Males of the species grow only to about 1.6 cm (less than 3/4 inch) long. The largest squids in the world are the giant squids and colossal squids. Giant squid and colossal squid are also the largest living invertebrates. Regardless of size, squid bodies are tube-shaped and they move using a siphon and a form of jet propulsion.

For more videos about animals and evolution, check out the Shelf Life series from the American Museum of Natural History.