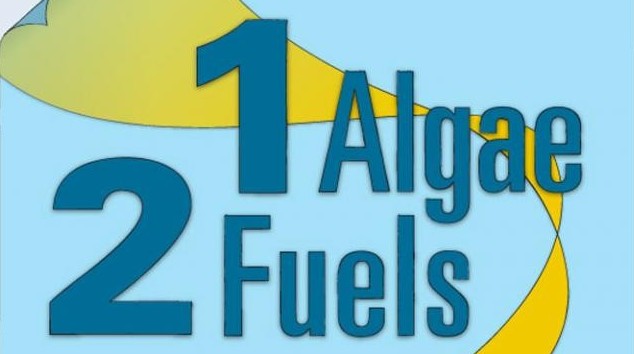 A common algae commercially grown to make fish food could become a future source of biofuel, according to a new study.

The research team, led by Greg O’Neil of Western Washington University and Chris Reddy of Woods Hole Oceanographic Institution, has pioneered a technique that uses a single species of algae called Isochrysis to make both biodiesel and jet fuel.

The scientists believe that the ability to produce two types of biofuel from one algae holds some promise for future commercialization. They stress that this is only the first step of many, but they are encouraged by the initial result.

“It’s scientifically fascinating and really cool,” Reddy says. “This algae has got much greater potential, but we are in the nascent stages.”

Isochrysis, like all algaes, contains carboxylic acids that can be converted into fatty acid methyl esters, or FAMEs. The FAMEs contain 14 to 20 carbon atom chains, which are the correct size of molecule for biodiesel.

However, the research team also targeted Isochrysis because it is is among only a handful of algal species that produce fats called alkenones. As a result of these fat compounds the oil in Isochrysis is a dark, sludgy solid at room temperature. It is the sludge substance that researchers believe is the promising source of jet fuel.

The alkenones are composed of long chains of 37 to 39 carbon atoms that had to be broken down into pieces of 8 to 13 carbons that, according to O’Neil, are small enough to use for jet fuel. To achieve this, the researchers used a chemical reaction called olefin metathesis, a process that earned its developers the Nobel Prize in 2005.

In the next phase of the research, the team will try to produce biofuel from Isochrysis in larger quantities and at lower cost. They are also exploring what else this algae might be able to do. The team believes there are a lot of other potential products that could be made from alkenones.

“Petroleum products are everywhere–we need a lot of different raw materials if we hope to replace them,” says O’Neil. “Alkenones have a lot of potential for different purposes, so it’s exciting. It’s far from a cost-competitive product at this stage, but it’s an interesting new strategy for making renewable fuel from algae.”

This research was funded by the National Science Foundation, the Massachusetts Clean Energy Center, and Woods Hole Oceanographic Institution. The results are published in the journal Energy & Fuels.