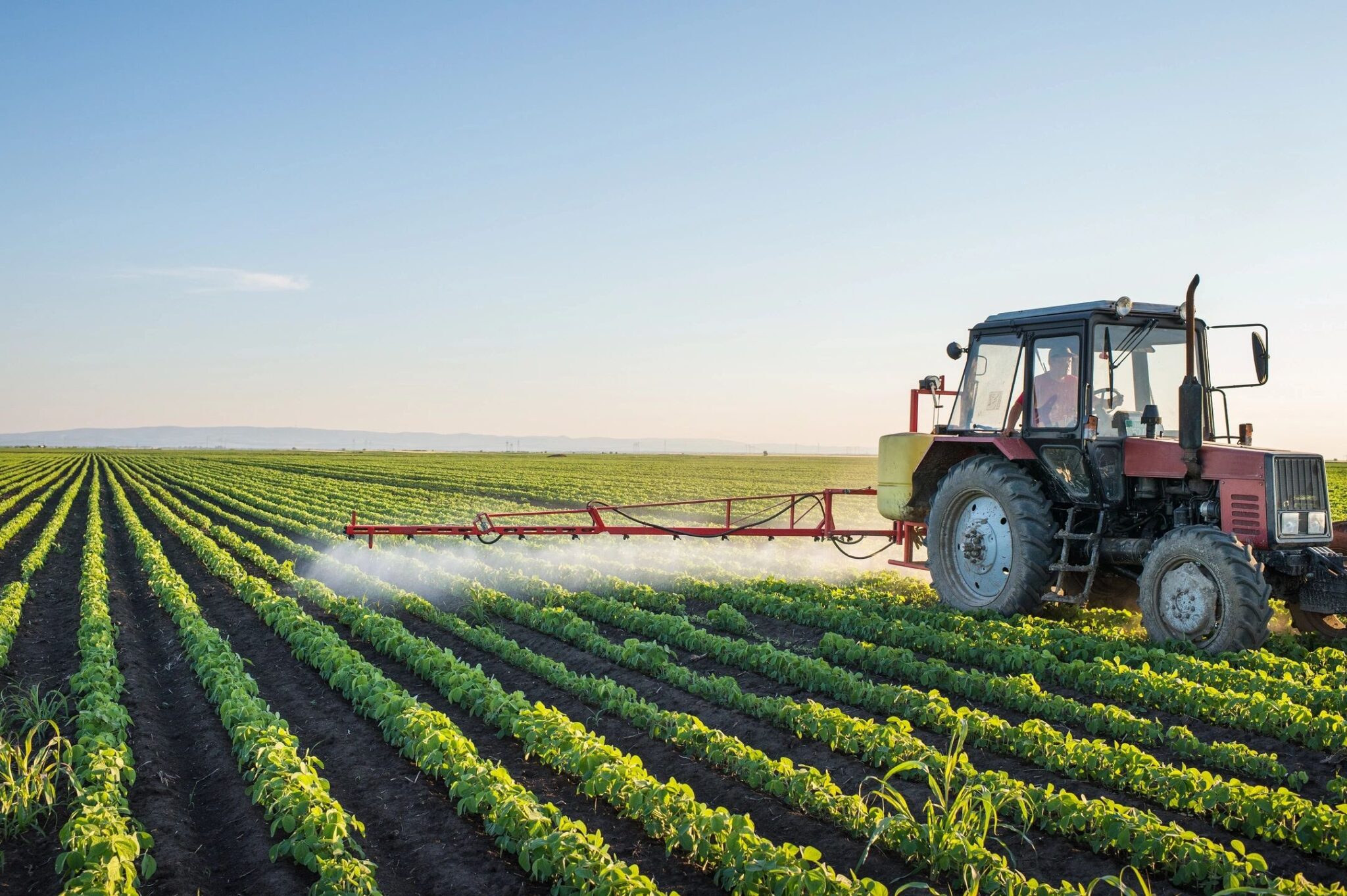 New research shows that bacteria found inside plant leaves can transfer their nitrogen and might eliminate the need for nitrogen fertilizers.

Interaction between plants and microbes—such as bacteria and fungi—is an ancient evolutionary process that is thought to have enabled the formation of land plants. Plants were able to colonize land, where a lack of nitrogen and other nutrients was limiting, because microbes helped them absorb nutrients from the soil. Nitrogen is an important element for plant growth; however, even though it is abundant in the air, plants cannot use nitrogen as it is without “fixing” it—a process that changes nitrogen into a biologically available form.

To accomplish this process, some plants use the help of soil bacteria to fix atmospheric nitrogen. This nitrogen-fixing process is unique to the legume family, whose plants develop special root structures to allow interaction with specific soil bacteria. Although there has been huge research interest in understanding how non-legume plants can be made to fix nitrogen, success has been limited. Plants also harbor various bacteria within their leaf cells and in other non-photosynthetic tissues. Recent research shows that these hidden bacteria can transfer nitrogen into non-legume plant cells.

Plants need nitrogen to grow because it is a major component of various building blocks in cells, including chlorophyll, which is necessary for photosynthesis. Nitrogen is the most abundant element in the earth’s atmosphere, yet it is not biologically useful unless it is changed into a compound. Plants take up nitrogen from the soil as ammonium ions or nitrates. The conversion of atmospheric nitrogen to ammonium ions (nitrogen fixing) occurs in the rhizosphere (the soil surrounding plants) of legume plants (plants such as beans and peas) through the activity of special bacteria present there.

The bacteria contain a specific oxygen-sensitive enzyme called nitrogenase (sensitive meaning oxygen inhibits its function) that converts atmospheric nitrogen to ammonium ions; finally, these ions are taken up by plants in structures called root nodules, where the special bacteria grow. As repayment for the bacteria’s service, legume plants provide them with carbohydrates (sugars) produced from photosynthesis. They also provide a specific protein that binds to oxygen; removing oxygen in the nodule allows the bacterial nitrogenase to do its job of fixing nitrogen. Thus, this whole process is a two-way interaction known as symbiosis.

Fertilizers: are they good or bad?

Since ancient times, fertilizers have been used in various forms in agriculture. Natural or synthetic fertilizers provide plants with extra nitrogen, phosphorus, or potassium—all major elements that are essential for plant growth in nutrient-poor soils. Since the discovery in the early twentieth century of the industrial process to fix atmospheric nitrogen to ammonia/nitrate-based compounds, farmers have been dependent on nitrogen fertilizers to enhance the growth of non-legume crops that cannot fix nitrogen through bacteria. Since most of the world’s population feeds on major cereals like rice, wheat, and corn—which are all non-legumes—fertilizers have played a key role in the growth of agriculture.

Read more: Do We Really Need Fertilizers To Grow Crops?

However, the use of chemical inorganic fertilizers is not sustainable for many reasons: the industrial processes used to produce these fertilizers are hugely energy-intensive; the chemical runoff from fertilized fields pollutes waterways and their ecology; and excessive use of fertilizers weakens the soil and does not support a healthy growth of crops.

Nitrogen fixation by legume plants removes the need to use synthetic nitrogen fertilizers in agriculture. Sustainable farming uses a system of crop rotation whereby cereal crop growth is followed by a crop of legumes so that soil nitrogen content is enhanced. Using this process, farmers can supply the necessary nitrogen for subsequent cereal crops.

It would, nevertheless, be beneficial to farmers if non-legume plants could also fix nitrogen, thereby eliminating the need to depend on a successful legume crop. Recent research by scientists at Rutgers University studying the non-photosynthetic cells of several different plant species has identified bacteria that transfer their nitrogen to their host plant. This could provide new clues to enable non-legume plants to fix nitrogen.

Researchers from Rutgers University analyzed the non-photosynthetic leaf cells and bracts (modified leaves near flowers) of more than 30 different wild plant species in detail. Plants with and without trichomes were chosen, and researchers used microscopy and cell staining techniques to look for bacteria within these cells. In addition to trichomes, outer epidermal and subepidermal cells were observed. Using various stains, the authors were able to identify several bacteria in plant cells that produce ethylene gas, as well as superoxide, hydrogen peroxide, nitric oxide, and nitrate. These bacteria were not only found inside the nuclei of epidermal cells, but also inside trichomes of various types and in various plants.

Similarly, it is speculated that the bacteria within trichomes which are raised above the leaf surface might be able to fix nitrogen because of their distance from the oxygen-rich leaf surface. The production of antioxidants by bacteria inside trichomes would reduce oxygen concentrations and allow nitrogen fixation to occur. Although it was not shown that the discovered nitrogen-compounds are absorbed and utilized by the plant cells, this research poses several questions that would provide answers to nitrogen demand in the field.

Given the widespread occurrence of these leaf endosymbiotic bacteria that have the ability to transfer nitrogen compounds to plant cells, the authors have uncovered a phenomenon that warrants further studies. Whether or not these bacteria found in non-legumes would contribute to plant nitrogen fixation remains to be determined.

Furthermore, it is not known if this process of leaf endosymbiotic bacteria transferring nitrogen to plant cells is present in cultivated plants. Nevertheless, if methods could be developed to enhance the presence of these leaf endosymbiotic bacteria in cereal crops—either by altering growth conditions or supplying plants with a friendly mixture of these bacteria—then this research might bring us one step closer to a fertilizer-free world.

Radhika Desikan is a plant scientist by training who has taught plant science for several years and has researched and published on the behavior of plants facing various abiotic and biotic stresses. Radhika recently became interested in plant science outreach to schools and communicating plant science to a younger audience.