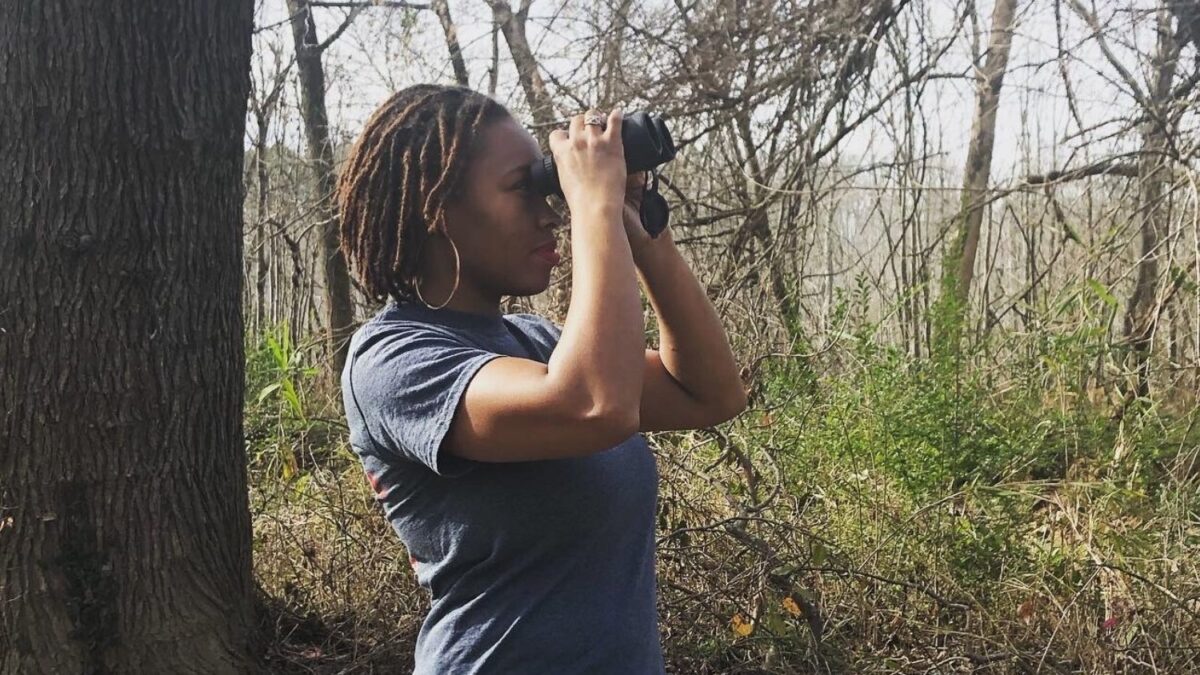 Deja Perkins loved animals growing up. And by the time she left her native Chicago to attend Tuskegee University in Alabama, she wanted to become a veterinarian, often the only animal-related career introduced to people of color, she says. But it didn’t take long before Perkins realized she’d rather study animals in the natural world. During a spring internship in Minnesota, she witnessed the annual bird migration. It sealed her future as an ornithologist.

Today Perkins researches bird diversity in urban environments as a graduate student at North Carolina State University. And her research has shown how societal bias can carry over into citizen science datasets. Citizen science connects researchers with members of the public who help collect and analyze data. These projects are open to anyone and ask participants to follow the same protocols to help ensure high quality data.

What Perkins found is that some popular citizen science projects let participants choose where they observe birds, which can bias the outcome. That’s because hardcore birders often prioritize finding as many different species as possible each trip.

Birders are also often white, and they tend to observe in white communities, while avoiding communities of color. “It leads to blind spots where we have more data being submitted in more affluent neighborhoods,” Perkins says.

Understanding bird diversity across a city gets even more complicated because richer, whiter communities tend to have more urban wildlife, increasing the draw toward those areas.

Researchers call it the biological “luxury effect.” More affluent neighborhoods have more parks and green space, so they also have greater plant and animal biodiversity.

By implementing a citizen science project called the Triangle Bird Count and curating a more random sampling of the area, Perkins and her team were able to overcome those biases in the data. 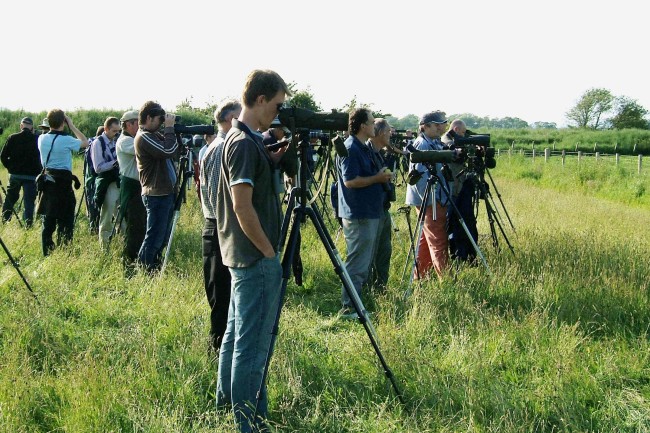 Traditionally, birding and other outdoor studies of nature have been dominated by white males. But following the Central Park birdwatching incident and Black Birders Week, people of color are raising awareness that the outdoors isn’t just for white people. (Credit: Wikimedia Commons)

Symptoms of this inequality have exploded into the public consciousness in recent weeks following the Central Park birdwatching incident, where a white woman called the cops on Christian Cooper, a black birder who asked her to put her dog on a leash. The woman’s upset tone and false claims went viral in a racially-charged video of the incident.

The incident resonated with black birders and researchers across the country, who are well aware of how this luxury effect can make things uncomfortable. A white person can walk around a white neighborhood without worrying that they’ll be seen as being out of place — or worse, unwelcome. But a person of color has to worry about all manner of racist encounters.

Perkins has experienced that kind of racism herself.

“I had a woman ask me to leave because she didn’t like me doing my study there,” she says. “So I walked across the street to a more public area, and she followed me with her dog.”

It was just one of the reasons why Perkins felt drawn to help organize the inaugural Black Birders Week, a series of online events from May 31 to June 5 designed to promote public awareness about black birders and black researchers in the natural sciences. Dozens of black birders and ornithologists worked as organizers and participants to pull the events together on short notice.

“It was an eye opener,” North Carolina State University graduate student Lauren Pharr says of the Central Park incident with Christian Cooper. “You put yourself in his shoes and say this could have been me.” Pharr, who was a participant in Black Birders Week, researches birds living in urban environments using citizen science. And like Perkins, she too wanted to be a veterinarian before discovering her passion for wildlife research.

Blacker Birders Week events included a celebration of black nature enthusiasts, a bird fact challenge, a Q&A with black birders, a livestreamed discussion called #BirdingWhileBlack, and a day highlighting black women involved with birding and ornithology. Throughout the week, birders and researchers shared their own personal experiences with racism in the outdoors online, often with the #BirdingWhileBlack, #BlackBirdersWeek and #BlackinNature hashtags.

“It provided us visibility not only with the public but amongst ourselves. I had no idea there were so many black people working in the outdoor space,” Perkins says. “It was a positive way to bring about conversation about how we can make the outdoors a more inclusive and less hostile place.”

Other participants echoed that sentiment. With so many university departments and local birding communities having just a few people of color, it was hard to see just how many people with shared experiences exist across the country.

For many participants, the events helped change their perceptions of their own field and let young professionals grow their networks. More than 100,000 people tuned in to each of the livestreamed events. And many more read news articles posted by outlets around the world about Black Birders Week.

The Oconee Rivers Audubon Society in Athens, Georgia, also launched a GoFundMe campaign, where people can contribute to help give binoculars to young black birders. That campaign raised more than $15,000 in just a few days. 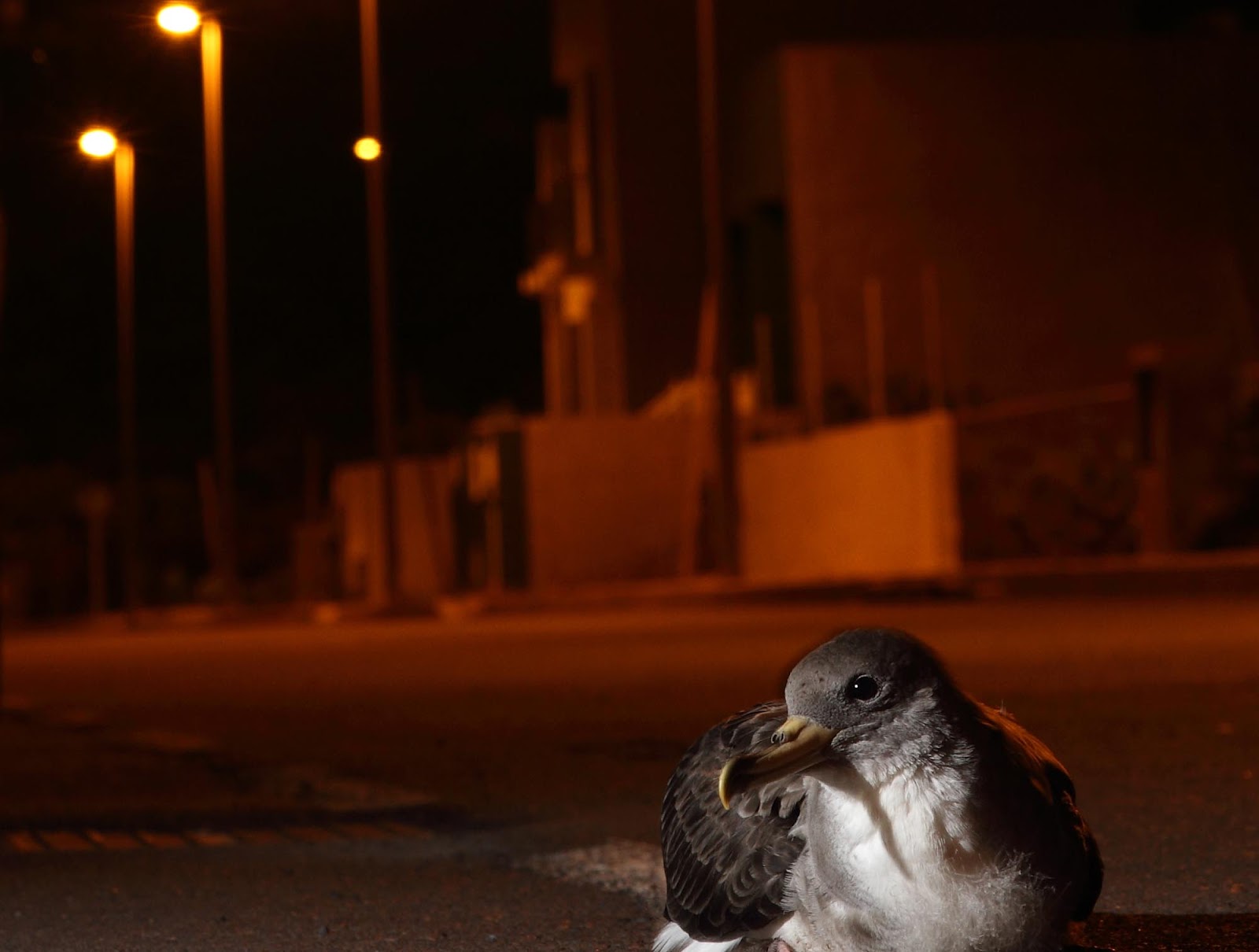 A black ornithologist who studies the effects of light pollution on birds said she worries about how her presence will be perceived when she goes out into the field. (Credit: Airam Rodríguez (Estación Biológica de Doñana CSIC), licensed under CC BY 4.0)

Now organizers and participants are talking about how to keep the conversation going.

“I hope it changes the awareness people have,” says ornithology researcher and NCSU grad student Murry Burgess. “These black people doing weird things in the woods are not threatening, it’s normal. It would be better for people to be curious about it rather than be fearful or afraid or think that some harm is being done.”

As a black ornithologist working in a white, rural setting, Burgess is no stranger to worrying about racism while doing research in the field. She researches the effects of light pollution on birds by studying how the presence of lights change nesting barn swallows. That means she has to travel out to a farm at night in a largely white community.

It worries her at times. So, she’s cautious when she’s out in the field alone. She takes her dog with her for protection, and her friends group checks in with each other before they head out into the field.

That vigilance was echoed by other young black researchers who work outdoors. Some say they’re cautious about what they wear and constantly cognizant of their surroundings. One young woman shared that she wears a shirt with birds on it when she’s out birding just so that other people are less likely to be suspicious of her presence.

It wasn’t only the racism in society on display. Black Birders Week also put pressure on people in power to speak up about the racism that exists in science and academia, too. And major organizations and institutions have since come forward to say they support change.

“What I really hope happens is that the conversation continues, and not just on social media but more so in the academic settings hearing from black students and black researchers on what they need to feel more comfortable,” Burgess says.

So, while there may now be increased visibility for people of color working in the natural sciences, all involved agree there’s still a long way to go for society, academia and citizen science.

For Perkins, she hopes the next step within citizen science is that people start looking at how to increase participation in less affluent communities to avoid biases, which she showed in her own research can throw off scientific results.

“We need to start refocusing on how we plan citizen science projects,” Perkins says. “I think the next steps would be for a lot of groups and institutions to take a look inward and reflect on what they’re currently doing, and what they could do better, and look at ways that we can make sure it’s equitable and that we have diverse participation.”

The conversation doesn’t look like it will end soon. Other research fields are already planning their own versions of Black Birders Week in hopes of pushing the dialog forward. A group of plant scientists is now coordinating plans to hold Black Botanists Week later this month.

“People need to get better at being comfortable talking about the subject,” Pharr says. “It all goes back to awareness and having that open conversation, and how it gets carried forward is just not being afraid to talk about it. Don’t be afraid to sit down with people and explain and get out of that comfort zone.

“I want people to hear these stories from various people of color. Hear them out. Read about their stories. Get involved. And if they’re curious, just ask. If somebody has something to share, listen.”