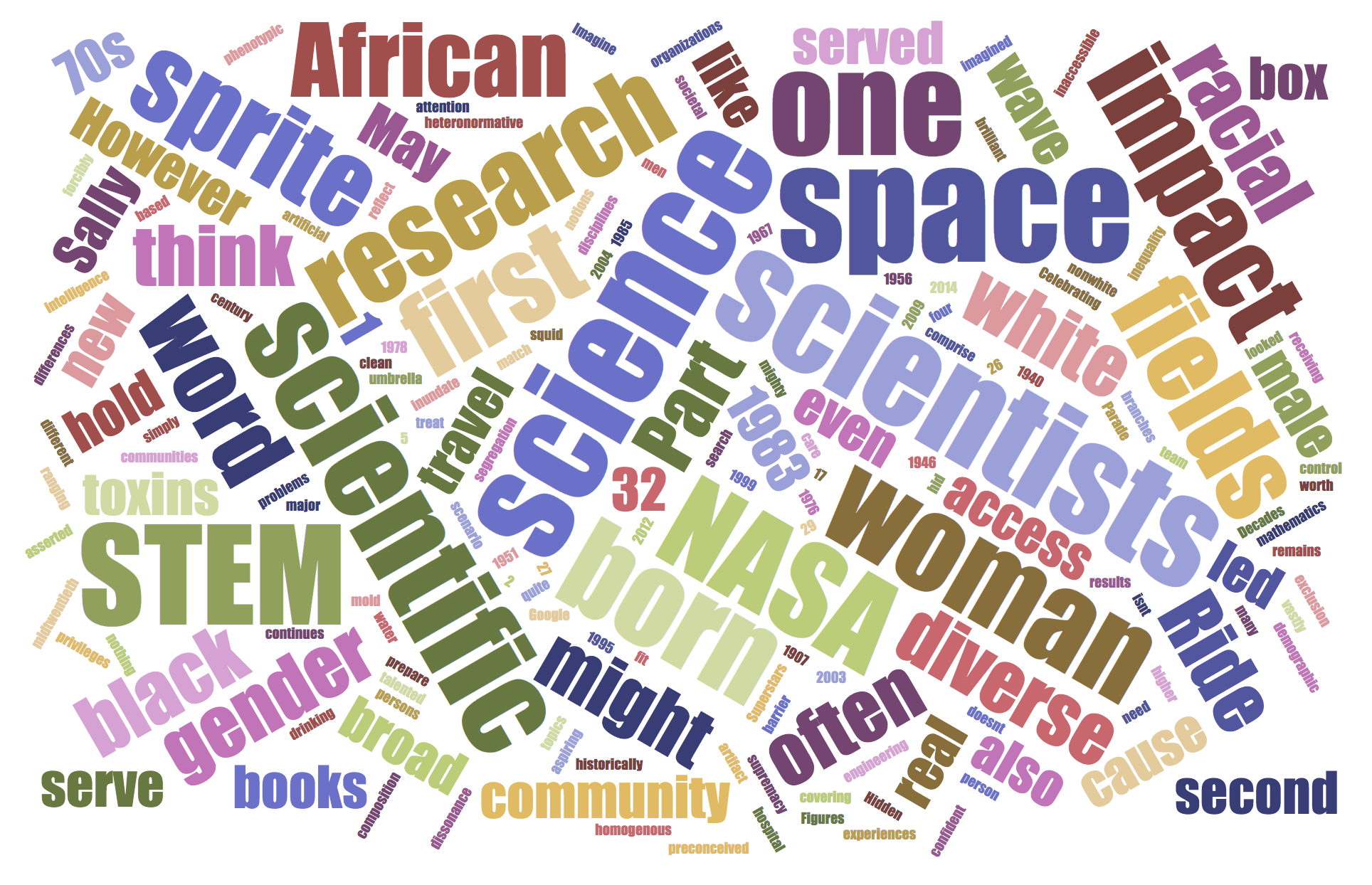 Google the word ‘scientist’ and prepare for a wave of heteronormative white men to inundate your search results. The broad disciplines of science, technology, engineering and mathematics comprise the four branches of the mighty STEM umbrella, covering topics as diverse as squid toxins and artificial intelligence. Unfortunately, the diversity of the scientists conducting the research does not often match the broad diversity of the science itself.

Science has been historically inaccessible to those who did not fit the mold created by white supremacy and societal patriarchy. Racial and gender segregation in higher education and other major scientific organizations was a very real barrier to aspiring scientists from underrepresented backgrounds. Think Hidden Figures and how NASA hid a team of talented and brilliant Black women.

Science inequality isn’t an artifact of the mid-twentieth century however. Science remains quite a homogenous environment that often doesn’t reflect the community composition. The dissonance between our scientific demographic and that of many communities can cause some very real problems. Imagine if the only person who could treat you at a hospital was someone who looked nothing like you, had vastly different experiences from you, and might even hold preconceived notions of what you were worth simply based on the phenotypic differences between you and them. Would you be confident that you were receiving the medical care and attention you need?

This is not an imagined scenario. Decades of control asserted by white patriarchy have forcibly excluded non-white persons from access to privileges ranging from an education to clean drinking water. Unfortunately, this exclusion continues to be a global reality.

In light of Black History Month in February and upcoming Women’s History Month in March, The Biota Project seeks to spotlight a number of heroic scientists who surmounted gender, racial, ethnic, religious, or disability adversity to contribute to their respective STEM fields. As passionate STEM professionals and advocates, we recognize the invaluable contributions of marginalized scientists and STEM practitioners and seek to elevate their presence in the scientific community. To this end, we created the following discipline-specific list of professionals representing marginalized identities in STEM. You might recognize a few names, you might recognize more than a few; but we can guarantee that you will learn about someone new and widen your perspective on what a scientist looks like.

Women in STEM fields are usually underrepresented and the following scientists broke the gender norm making space history and became engineers, physicists, and NASA astronauts. Sally Kristen Ride, born on May 26, 1951, joined NASA in 1978, and was the first American woman in space in 1983 aboard the STS-7.  She also served as the ground-based capsule communicator for the second and third space shuttle flights during which she helped develop the Canadarm robot arm. After the Challenger accident, she was named Rogers commissioner and she investigated shuttle accidents. It was released after her death, that she provided General Donald Kutyna with key information of the O rings that led to the identification of Challenger accident cause of explosion. After Ride’s time in NASA, she went on to become a physics professor at the University of California, San Diego and the director of the California Space Institute. Ride died in 2012, after being diagnosed with pancreatic cancer. Her legacy lives on through her outreach programs for NASA and the books she published that encourage children to study science.

Sally Ride inspired women nationally to embark on scientific exploration, one of the women she inspired is another legend.  Mae Jamison, born on October 17, 1956,  was the first black woman to travel to Space on the Space Shuttle Endeavor. During her time in space she tested Nasa’s Fluid Therapy system along with conducting research on two bone cell projects. Before her time in space, Jamison had served as a medical officer from 1983 to 1985 in the Peace Corps. After NASA, Jamison founded the Jamison Group Inc. and published children’s books, one being her memoir titled Where the Wind Goes.

Despite the US’s racial politics in the 60s and 70s, Shirley Ann Jackson, born on August 5, 1946, broke boundaries and became the first African American woman to earn a doctorate from MIT, and the second African American to earn it in physics.  In 2014, she was awarded the medal of science. Jackson worked at Bell Labs from 1976 until the early 1990s. There, Jackson researched the “optical and electronic properties of two-dimensional and quasi-two-dimensional systems.” Jackson’s expertise in subatomic particles in the 70s led to her subsequent appointment by Clinton in 1995, as the US Nuclear Regulatory Commission. There, she helped establish the International Nuclear Regulators Association. In 1999, she became the first African American woman to serve as the 18th president of the Rensselaer Polytechnic Institute. She has been one of the highest paid university presidents of the nation. Jackson was appointed in 2009, by President Obama, to serve on the President’s Council of Advisors on Science and Technology, where she was one of twenty members.

The fields of biology and conservation have also benefited tremendously from the contributions of scientists from non-traditional backgrounds or identity groups that have been largely excluded from access to STEM fields. Rachel Louise Carson, born on May 27, 1907, is perhaps one of the most well-known conservationists of our time. Her book, Silent Spring, took millions of readers by storm. The scientific coverage of our environmental abuse shocked the public and propelled a new wave of conservation consciousness.

Concerned with the impact of chemical pollution on the environment, Professor of Integrative Biology at the University of California Berkeley, Tyrone B. Hayes, born on July 29, 1967, is most known for his research on the herbicide atrazine and its impact as an endocrine disruptor on male frogs. Professor Hayes’ research showed that atrazine, one of the most commonly used pesticides in agriculture, can chemically castrate male frogs, essentially feminizing them. He has been a strong advocate for the critical review and regulation of pesticides and other chemicals that are constantly released into the environment. He has conducted extensive research and presented his findings in papers, talks, and public seminars where he speaks on the impact of chemicals and other toxins on global amphibian decline as well as their impact on low-income populations who often live in areas where chemicals are dumped.

While each individual scientist highlighted here has a unique history and scientific interests, they all share a common theme: strength and courage in the face of adversity. These diverse scientists persevered through it all, rose to prominent heights, and achieved lasting success. However, their contributions are not limited to the sciences, but the impact they had on our society and the perceptions we hold. Today we celebrate and give thanks to these influential trailblazers who paved the way for others to follow in their giant footsteps.

If you enjoyed this article, stay tuned for Part 2 where we will highlight more scientists in the fields of chemistry and computer science.