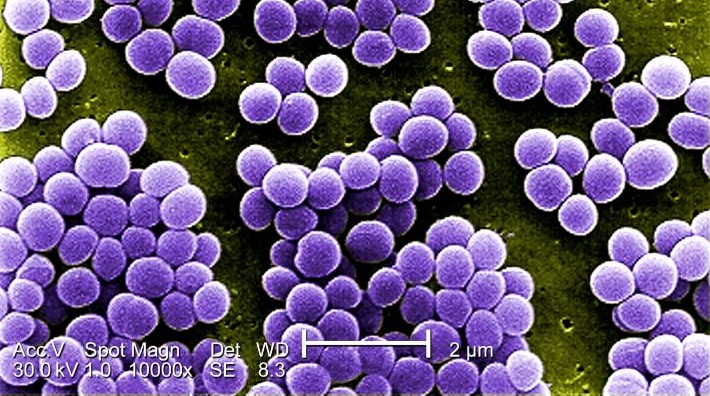 As bacteria mutate and become increasingly resistant to our arsenal of antibiotics, scientists try to find alternatives to antibiotics.

Modern, effective antibiotics were only discovered and widely used in the 20th century. The most famous antibiotic discovery was penicillin (Fleming, et al 1928), which only began to be used from 1942 onwards by the Allied Forces during World War II. It had a huge impact on the treatment of infections due to bacteria, but bacteria rapidly developed resistance to penicillin. Scientists and medical researchers identified more antibiotics, but over time bacteria became resistant to them, too.

Today it is common to see news stories about “superbugs.” Methicillin-resistant Staphylococcus aureus (MRSA) bacteria are resistant to most beta-lactam antibiotics, which includes the penicillin family and cephalosporins. A few antibiotics are still effective, but scientists are actively looking for alternatives.

Scientists Searching for Alternatives to Antibiotics

A team of scientists at the University of California, Berkeley are looking for ways to break the current cycle of conventional antibiotic use and bacterial development of resistance. They are looking holistically at the problem by first examining why antibiotics have been overused.

We use antibiotics for multiple purposes. Some are used for the treatment of specific diseases. Others are fed to food-producing animals, such as cows. Finally, antibiotics are also used for disease prevention.

NEW WAYS TO REDUCE ANTIBIOTICS IN FOOD ANIMALS BY 2030

WE CAN BEAT ANTIBIOTIC-RESISTANT MICROBES

NEW ANTIBIOTIC DISCOVERED UP YOUR NOSE

Antibiotics don’t just kill the bacteria causing a disease. They also have an impact on the friendly bacteria in our bodies. A balanced, diverse population of gut bacteria is important to the health of all mammals. The bacteria function as a microbial organ, modulating the immune system, improving nutrient utilization, and keeping out disease-causing bacteria.

Reducing the diversity of gut bacteria through the use of antibiotics can lead to irritable bowel disorder (IBS) or colitis (infection by Clostridium difficile). Additionally, antibiotic resistant bacteria are preferentially selected, which may accelerate resistance through bacterial gene transfers. The impact on the bacterial population can impact the host’s metabolism and nutrition. It can even cause changes in immune responses in other organs.

Probiotics (live bacteria and yeast) can restore bacterial diversity after a course of antibiotics. A healthy, diverse bacterial population also makes it difficult for disease-causing bacteria to do us harm. Supplement tablets and yogurt are popular ways to ingest friendly bacteria, and recently there has been increased interest in fecal transplant therapy to repopulate the microbe population in a recipient. This is an ancient practice used over 2,000 years ago to treat intestinal illnesses.

Alternatives to Antibiotics for the Treatment of Infections

The research team has been examining three possible alternatives to the use of antibiotics: viruses (phages), bacteriocins (killer proteins), and predatory bacteria.

Viruses infecting bacteria are called bacteriophages, or phages. These viruses can break down bacteria to release more viruses. Some phages have been successfully cultivated and used to treat bacterial infections. Phage therapy has been used mostly for topical infections of the sinus and on the skin. In the US, phage therapy has been developed to treat animals against food-borne pathogens. Phage therapy in humans has been mostly limited to Eastern European countries. Researchers are optimistic about phage therapy because it can target bacteria more specifically than current antibiotics.

Bacteriocins are a type of antimicrobial peptide with a low toxicity to mammalian cells, but highly effective against bacteria. There are different groups of bacteriocins. Generally they kill bacteria by inserting themselves into the cell walls and opening them up, leading to disruption or death of the affected bacteria. A group of lactic-acid bacteria known to be harmful are used in over 50 countries as a food-preservative. Another bacteriocin produced by Enterococcus faecium has been effective against multi-drug resistant bacteria.

There are many types of predatory bacteria, but one group “Bdellovibrio and like organisms” (BALO) show particular promise. Not only do these good bacteria devour bad bacteria, but they have a powerful arsenal of weapons at their disposal to attack even bacterial films. Bacteria in bacterial films are 1,000 times less susceptible to conventional antibiotic treatments than when the bacteria are isolated cells. More research on BALOs is needed to be sure they are safe for use in humans.

Some of the alternatives to conventional antibiotics may also be used in conjunction with antibiotics. This combination can increase the efficiency of the antibiotic or extend the time an antibiotic can be used before it becomes obsolete. This is important, because the rate of discovery of antibiotics has significantly slowed while bacteria continue to develop resistance.

Use your Silver Bullets Wisely

A key step in slowing the increase of antibiotic resistant bacteria is to use antibiotics more judiciously. Most upper respiratory infections in humans are actually viral and may sort themselves out without medical intervention. However, doctors often prescribe antibiotics to prevent secondary infections.

The researchers believe that better diagnostics of the specific disease-causing bacteria would also allow for a specific targeted antibiotic use, but in many cases better tests are needed to make this information available quickly to healthcare professionals.

By reducing the usage of antibiotics through careful targeting or use of alternatives, we can help existing antibiotics remain effective for more time.

These findings are published in the Annals of New York Academy of Sciences. The original peer-reviewed research paper is available here.