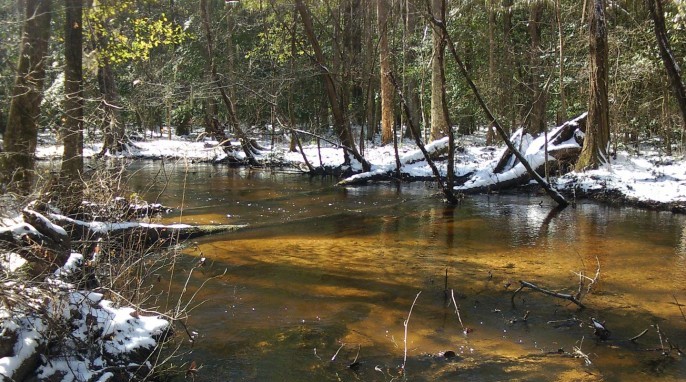 Are you concerned about overuse of antibiotics leading to antibiotic-resistant bacteria? Industrial waste may be another trigger for antibiotic resistance.

Are you concerned about the overuse and misuse of antibiotics causing antibiotic-resistant bacteria? Now, scientists have reported another indirect trigger for antibiotic resistance: heavy metals present in environmental contaminants such as industrial waste.

McArthur’s team collected water and sediment samples from 11 locations in 9 streams at the Savannah River Site—a nuclear weapons facility—of the US Department of Energy, along the southwest border of South Carolina. These streams had varying levels of metal contamination; some were highly impacted by industrial activity such as nuclear materials storage and coal combustion waste storage, while others were minimally impacted.

Because the site has been closed to the public since the 1940s, the streams have not been exposed to antibiotics that can enter through wastewater and agricultural feedlots. The researchers isolated 427 naturally occurring E. coli strains from the samples and subjected them to five antibiotics to gauge their sensitivity.

The waterborne E. coli strains from most of the streams were highly resistant to antibiotics. But three tributary sites showed particularly high levels of resistance in both the water and sediment samples. Two of these sites have a long history of industrial waste inputs.

To further investigate the antibiotic resistance of E. coli found in the two highly polluted sites, the researchers screened the bacteria against 27 antibiotics in 23 combinations. Almost 95 percent of the E. coli isolated from these industrially contaminated streams were resistant to more than 10 different antibiotics. Among them were the frontline antibiotics gatifloxacin and ciprofloxacin.

“These bacteria are found in all vertebrate series and could have come from off the site; however, it seems highly unlikely that animals carrying bacteria with these traits would only defecate in contaminated streams,” says McArthur.

A recent study concluded that over half of the world’s population lives within three kilometers of a freshwater body. With rising industrialization, more people are exposed to highly polluted water. Because heavy metal contamination is more widespread than antibiotic contamination, McArthur is concerned that heavy metal stresses—rather than direct exposure to antibiotics—are indirectly making more bacteria resistant to antibiotics. He postulates that this may be a reason for the decreased effectiveness of antibiotics in clinical settings. Even worse, heavy metals persist for long periods in the environment, as opposed to antibiotics, which degrade over time.

The most important solution, according to McArthur, is to stop releasing heavy metals into rivers. For the heavy metals already present, he proposes adding various clays with the right charge, which will bind with the metals and prevent them from being biologically available.

This research was published in the journal Environmental Microbiology.

Featured image: Tinker Creek is a pristine black water stream on the Savannah River Site. The bacteria in this stream are susceptible to antibiotics. Photo credit: Linda Lee/University of Georgia