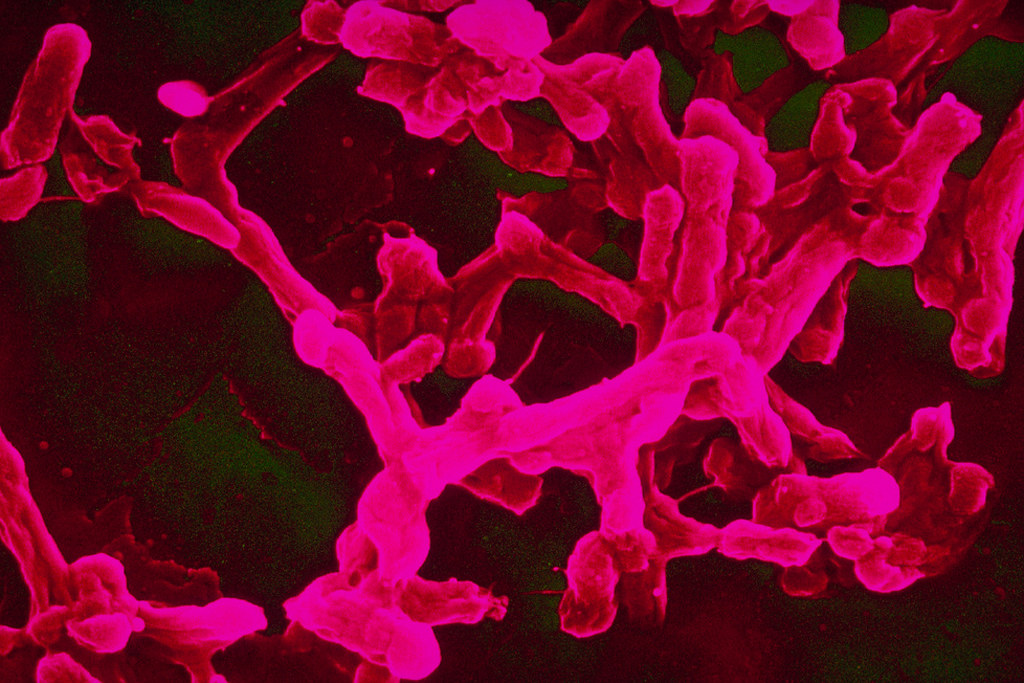 Untreatable no longer! Scientists at the Wistar Institute have discovered a way to combat antibiotic-resistant bacterial infections.

Antibiotics are an important class of drugs that are used against bacterial infections. Broad-spectrum antibiotics, in particular, are effective against a wide variety of bacteria. Antibiotics can fight pathogens in many ways. They can target chemical processes of the bacteria, such as DNA production, or a physical structure that helps the pathogen attach to or infect the host’s cells. After binding to a structure on the bacterial cell, they can stop the bacteria from reproducing or attacking the cells of the host (a human, for example) and prevent or slow down the spread of infection.

In recent years, an increasing number of pathogens have developed antibiotic resistance. This is most commonly caused by mutations that make the target structures or processes of the pathogen unrecognizable to the antibiotic, which allows the microbes to freely reproduce without being attacked.

Antibiotic resistance makes the diseases caused by the bacteria practically untreatable since the antibiotics that were used are rendered powerless. Antimicrobial resistance is also very costly. Treatment of antibiotic-resistant diseases such as those caused by Salmonella and Bacillus could be responsible for a $20 billion increase in healthcare costs in the United States each year.

Many antibiotics make their way into the environment through livestock.

New hope for fighting back

A team of researchers from the Wistar Institute in Philadelphia has developed a new line of antibiotics to treat diseases caused by antibiotic-resistant bacteria. These drugs inhibit a pathway in the bacteria called the isoprenoid biosynthesis pathway, which is responsible for the production of a protein in the cell wall of the bacteria. This pathway is not found in mammalian cells, including human cells, so the isoprenoid inhibitor is not toxic to humans. The scientists carried out the experiment in mouse models that were modified to have humanized immune systems.

Isoprenoid inhibitors use a two-fold mode of attack: they attack and destroy the bacteria directly and also cause the host’s immune system to rapidly produce T cells to kill any infiltrating bacterial cells. The first line of attack prevents the bacteria from synthesizing the material that makes up its cell walls. This in turn causes a buildup of a substance that can be recognized by T cells. T cells can then proliferate and act as the second line of attack.

Isoprenoid-inhibiting drugs can be used against a wide variety of bacterial pathogens that are resistant to existing antibiotics. Since these drugs use a dual mode of attack, they clear bacterial infections more effectively. These antibiotics work against infections caused by antibiotic-resistant pathogens of various families, such as those that cause cholera and tuberculosis.

The use of isoprenoid inhibitors also paves the way for research into developing other classes of drugs that can be used against a larger variety of diseases. Developing more drugs like these would substantially reduce public healthcare costs and help clear infections caused by antibiotic-resistant microbes more efficiently and quickly.

This study was published in the journal Nature.