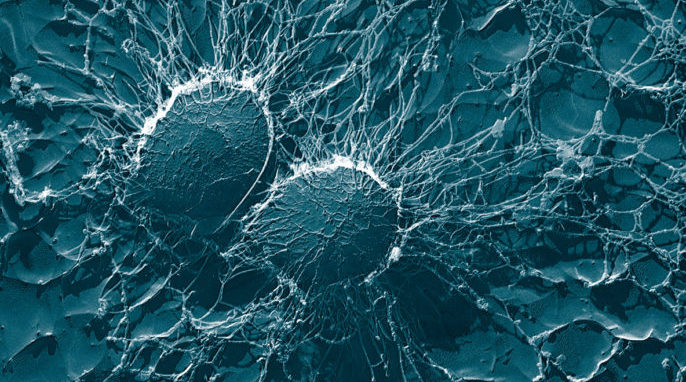 While concerns continue to build around the increase in drug-resistant germs, and researchers look for alternatives to antibiotics, one team has isolated a bacterium inside the human nose that works as an antibiotic against Staph infections.

Biologists have discovered that a bacterium found in the human nose can produce antibiotics to destroy Staphyloccus aureus (Staph), a bacterium that causes many conditions including Toxic Shock Syndrom, skin infections and food poisoning. The researchers behind the Nature study found that the antibiotic, which they named Lugdunin, is so powerful it can even kill antibiotic resistant strains of Staph (MRSA).

The researchers tested the Lugdunin antibiotic as a topical agent on mice with a Staph skin infection and found that it treated all forms of the infection effectively. “This is of great importance as, to date, no bacteria from the human body has been able to produce such compounds,” says Bernhard Krismer, one of the study’s lead authors. Most antibiotics that are currently in use are produced by soil-living bacteria or fungi.

A version of this story originally appeared on ResearchGate.