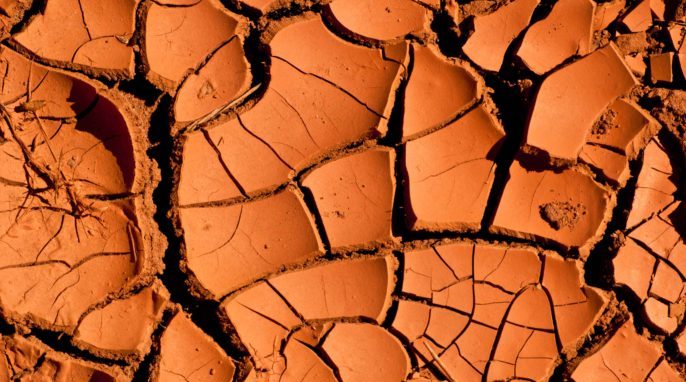 The Syrian refugee crisis is dominating the agendas of many countries. But there’s another migration crisis on the horizon, and it’s likely to impact millions of people.

Two experts in refugee studies – Frank Biermann, a Global Sustainability Governance Professor from Utrecht University, and Dawn Chatty, the former Director of the Refugee Studies Centre at the University of Oxford – tell us what governments have learned from the current refugee crisis, and why it’s so difficult to develop a global strategy for climate change refugees.

ResearchGate: We are currently dealing with a humanitarian crisis, with millions of refugees moving through Europe. Was this crisis adequately prepared for? If not, how could governments or institutes have better prepared?

Dawn Chatty: The humanitarian crisis that Europe is dealing with right now is one that those who work with refugees or displaced people could foresee coming for quite some time.

From 2014, many of us were discussing how the situation in the Middle East was becoming unsustainable – that Jordan, Lebanon, and even Turkey, were not going to be able to handle the numbers of refugees from Syria for much longer, because they were simply unable to offer the most basic survival requirements, such as health, or, more importantly, education provisions. It was very clear that once people ran out of their savings after a year or two they would move on to places where they thought they could find asylum or work. This did happen, and I have to say I am fully behind Merkel and the refugee policy in Germany.  If the other European countries had followed suit, we wouldn’t be seeing this current crisis.

RG: Do you have an example of a refugee crisis that was well managed?

Chatty: Yes, in the case of Bosnian refugees from the Bosnian War. These forced migrants were provided temporary protection in Germany, the UK, and other European countries. In two years, Germany took over 150,000 Bosnians, knowing it was temporary, and that when the war was over – in five or six years – they would return home. And the Syrian crisis is quite similar. The problem is, we have a kind of populist politics in Europe that is at its heart an expression of anti-Arab racism. So yes, I think we could have been better prepared.  There should have been a comprehensive plan of action to handle these temporary migrants – temporary, as I would say the majority of Syrians would like to return home once conditions permit. Even if this means returning to the government of Al-Assad.

There is a link between climate change and the current refugee crisis.

RG: Interesting, I feel you don’t hear that sentiment much… that the Syrian refugees would like to return to Syria eventually.

Chatty: You don’t, and I’ll just add a bit more so I can give Professor Biermann something to chew on. Between 2006-2011, there was a massive drought in Syria, the north eastern part of the country with huge numbers of herders. These herders started coming into the cities as their lifestyle had become unsustainable, but for some reason the al-Assad government did not want to ask for help, they did not recognize the seriousness of the drought. This has been argued to have exacerbated the 2011 uprisings, as the displaced people were already very angry and therefore contributed to the rapid rise of violent demonstrations. So there is a link between climate change and the current refugee crisis.

Frank Biermann:  That’s correct. In the case of climate change refugees, the first question is to what extent people are already facing climate change pressure, the other question is what will happen in the future. So we now have a temperature that has risen by 0.8 degrees since 1880, and, with the current commitments, we are shooting for up to three degrees warmer. Nobody knows yet exactly what this means, but it will likely lead to sea level rises, water shortages, and this could happen rather quickly – within this century. So in my research, I wanted to see to what extent we are prepared for this crisis. Most of the rich countries are already starting adaptation programs to deal with these issues.

But the international system isn’t really prepared – so far, climate change refugees do not fall under the definition put forward in the Geneva Convention. There is strong vested bureaucratic interest from the International Organization for Migration and other agencies to not use the term climate change refugees, because the term has all kind of legal implications, which are good for these people but not for tax payers in other countries. But I have to say, what’s the difference between the situation of these different people? I mean, if you’re living in Tuvalu and you have to give up your island, leaving is in no way a more voluntary decision than if you’re fleeing Syria. What makes these people different from civil war refugees is the return issue – the point with climate degradation is that people cannot return. This is especially the case with the rising sea levels in small island states and low-lying coastal regions.

What is also very different is that this phenomenon is somewhat predictable. While you can’t really predict where the next civil war will be in 20 years, for climate change there are areas that will definitely be in major distress in 20 or 30 or 40 years if climate policies do not progress much more quickly. And this is something we can plan for and do something about.

People from these small island states don’t want to be recognized as refugees as they want the problem to be fixed – they feel accepting climate refugee titles means accepting the lack of policy action from industrialized countries.

RG: Do you see major flaws in the refugee conventions we currently have in place?

Chatty: I’m not trying to undermine the architecture we currently have for refugees, however, especially in international politics, we generally fix the war we just finished, we don’t think about the future. The 1951 Geneva Convention on refugees is based on the concept of refugees from WWII. This is problematic when considering the current crisis as many Syrians are leaving their country and asking for asylum, but don’t want to be considered refugees as they themselves don’t want to be categorized as refugees, because in their minds this means never going back.