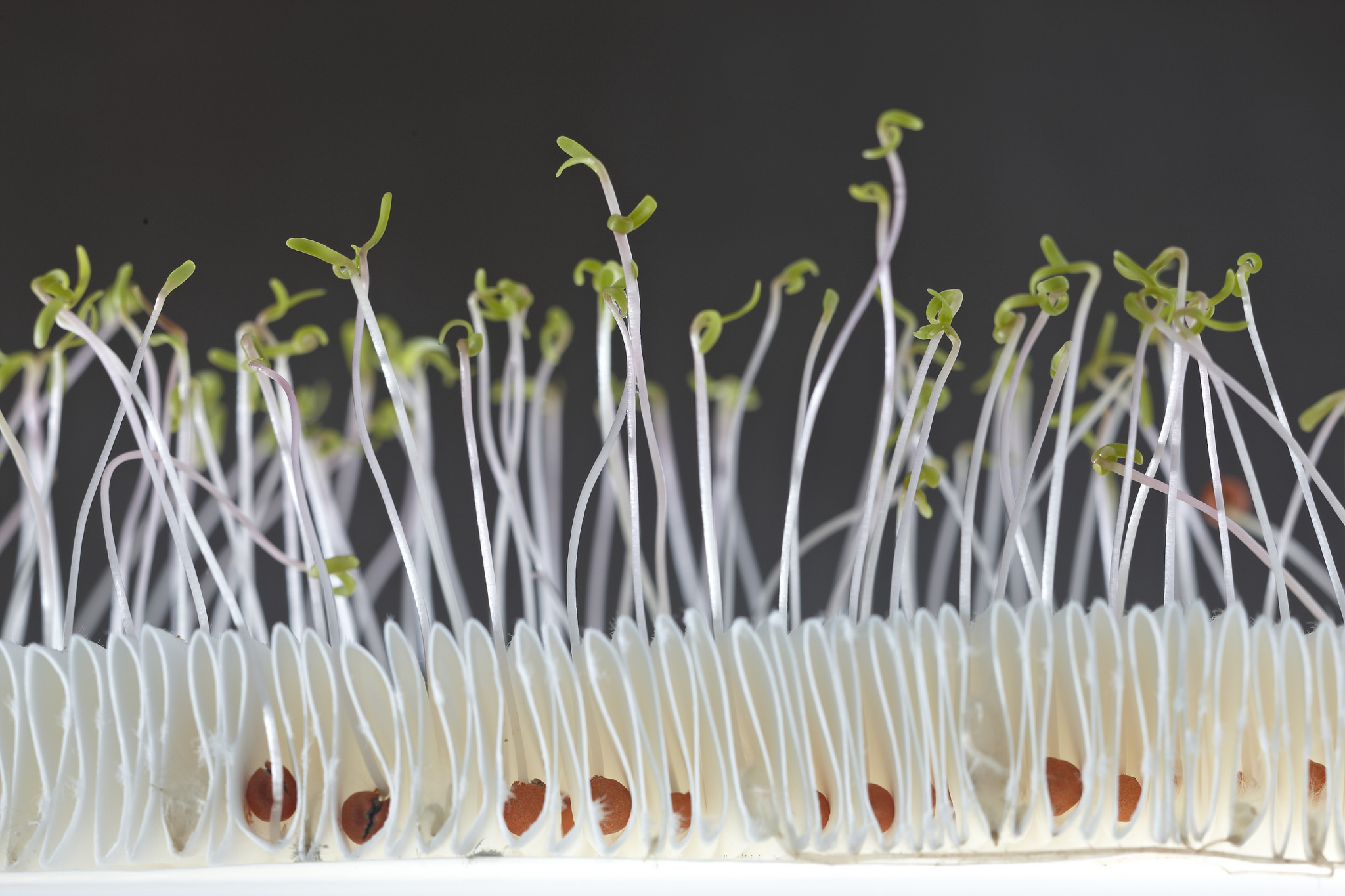 A seed is the beginning of new life for most flowering plants. It has all the potential to develop into a new plant, with its own stored food used for germination (the sprouting of a seed). However, if you have done any gardening, you might know that not all seeds always germinate. Whether or not a seed grows into a plant is determined by a number of factors, such as the presence of oxygen, water, and the right temperature. Seeds have a remarkable ability to detect whether or not their environment is favourable for germination. For example, if it is too hot, too dark, or there is too much salt in the environment, seeds can produce chemicals (called hormones) that inhibit germination.

The invisible world beneath us

In the soil, where the seed usually germinates, there is a whole world of microscopic life forms (called microbes) that are invisible to the naked eye. They include bacteria, fungi (type of mold), nematodes (type of worm), and algae (which sometimes make stagnant water go green). Some of the microbes can be beneficial for plants, while others can be harmful, causing plant disease or stopping plant growth. Although scientists have been studying how grown living plants interact with soil microbes for some time now, little effort has been devoted to understand how a seed might face similar encounters.

Amongst the one billion bacterial cells that live in one teaspoon of topsoil, a species of bacterium called Pseudomonas aeruginosa thrives, and can cause disease in animals and plants. Recently scientists have studied for the first time how this very bacterial species affects seed germination.

Hicham Chahtane and colleagues used Arabidopsis (also called thale cress, part of the mustard family of plants) as a model plant to study how seeds react to the presence of P. aeruginosa. They found that when Arabidopsis seeds were exposed to this bacterium, their germination stopped. Chahtane and colleagues suspected that the bacterium might release chemicals that block seed germination. Indeed, through elaborate experiments, they identified the main chemical released by P. aeruginosa that stopped the seeds from germinating as AMB (L-2-amino-4-methoxy-trans-3-butenoic acid). Although AMB killed seedlings (young plants), the embryo (baby plant) that lies within the seed was protected and was able to survive. So, the overall effect of AMB on the seed was inhibition of its germination.

A complete understanding of how and why AMB released by the bacterium communicates with the seed has not yet been achieved. However, Chahtane and colleagues found that AMB triggers the production of plant hormones and molecules similar to those used when there is not enough water in the environment, for example. Moreover, the study also showed that AMB is one of the chemicals the bacterium produces only if there is a certain number of bacteria working together, like a community response.

— Radhika Desikan is a plant scientist by training who has taught plant science for several years, and researched and published on the behavior of plants facing various abiotic and biotic stresses. Radhika recently became interested in plant science outreach to schools and communicating plant science to a younger audience.

GotScience Magazine, published by the nonprofit Science Connected, is made possible by donations from readers like you. You can support open-access science communication – and it only takes a minute. Donate now.