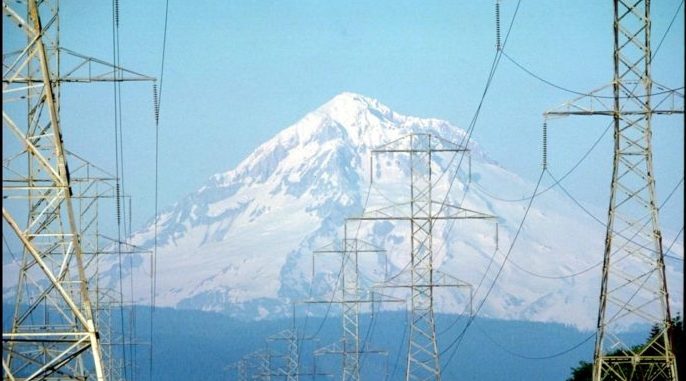 This is the second in a series of four articles by Dr. Jonathan Trinastic in our new Science Policy section.

Just over a year ago, over 230,000 Ukrainians lost connection to their country’s electricity grid after hackers took control of computers and shut down regional substations. The attack had been planned for months, likely by an experienced and well-funded team. Such an organized assault could soon be seen somewhere in the United States. “Everything about this attack was repeatable in the United States,” said Robert Lee, a former cyberwarfare operations officer who assessed the hack. “While their security wasn’t awesome, it definitely wasn’t below the [industry] standards.”

Cybersecurity isn’t the only new challenge for a 21st century electrical grid. As more renewable sources like wind or solar come online, these intermittent forms of energy will require a different infrastructure. The sun is not always shining and there may not always be enough wind to generate sufficient power. Therefore, new transmission lines will need to travel longer distances so that broader geographic regions share power when local energy sources are not enough. In addition, new forms of storage such as advanced batteries can capture solar-generated electricity when it is plentiful and send it to the grid after the sun sets. All of these solutions will require significant scientific research, technological advances, and new forms of communication between states, utilities, and others providing electricity to customers.

[tweetthis]Government, infrastructure, and science policy: do you take your electricity for granted?[/tweetthis]

The federal government can play a critical role in ensuring a smooth transition to this secure and modernized electrical grid. First, the government can serve as a data-sharing hub, providing best practices in grid resilience. In 2015, for example, the Department of Energy arranged a partnership with utilities and electric cooperatives to share their best methods for preparing the grid against extreme weather and climate change.

Second, many local electricity providers require financial means to make necessary grid upgrades. Federal funding is one of the primary sources for providers such as rural cooperatives who need to upgrade transmission lines to connect to more solar panels or wind turbines. Federal grants will also be critical to advance scientific knowledge that underpins technical advances in areas such as cybersecurity, energy storage, and power electronics.

As access to electricity is taken for granted more often in modern society and is a requirement for businesses to stay competitive globally, a reliable and secure electrical grid has become an issue of national security and economic productivity. Overall, the grid could require up to $2 trillion in upgrades by 2030, and the US federal government may be the only organization large enough to coordinate such an effort.

Featured image: Mt. Hood with power lines in the foreground. Photo by the US Department of Energy.