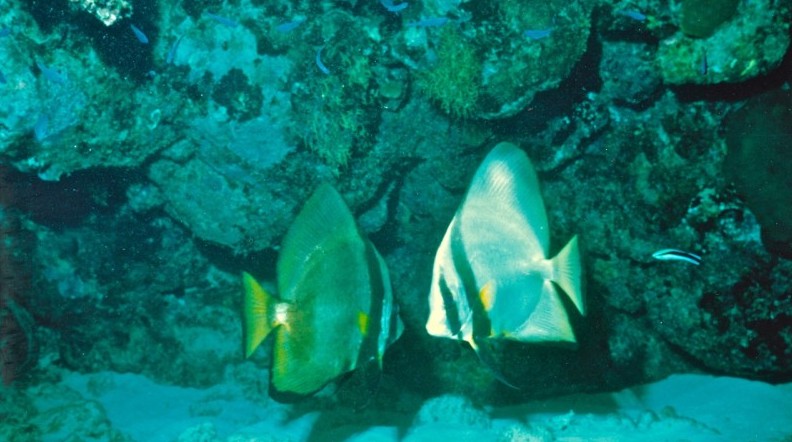 The latest health check on the world’s coral reefs wasn’t all doom and gloom; it’s shown us we have a plan for preservation that works.

To understand how humans and corals can co-exist in perfect harmony, an honest assessment of our current relationship had to be done. Dr. Aaron McNeil and his team at the Australian Institute of Marine Science, gauged the health of 832 reefs from all over the world using a measure of biomass per hectare. Biomass is the total mass of organisms in a given area although not the sole indicator of reef health, biomass provides an easily obtained, universally comparable estimate that’s perfect for a study of this magnitude.

It might surprise you to know that among the 832 reefs investigated, some had seen no fishing activity, entirely untouched by human hand. Naturally, the average biomass of these systems (1000Kg per hectare) was taken to be the value that represents a reefs ideal ecological state.

Such good reef health must be maintained for the sake of humanity, not just its awe-inspiring residents. Reefs provide a great variety of services, including tourism, commercial fishing, medicinal discoveries, and protection of the coast from erosion.  Still not sold? The ecosystem functions of coral reefs are said to be worth in the region of 30 billion dollars each year — a figure provided by the National Oceanic and Atmospheric Administration (NOAA), not one I’ve exaggerated for effect.

The ecosystem functions that come with good health are thought to decline significantly when a reef’s biomass is below 500Kg per hectare. This should be the minimum figure of biomass deemed acceptable, and consequently ingrained into the action plans of all fisheries. Anything less than 100Kg per hectare generally leads to a total ecosystem collapse.

Of the observed reefs, 83% were found to be under the 500Kg threshold. There can be no doubt that we are in a time of an unprecedented decline of coral reefs. According to the World Resources Institute, 20% of reefs have disappeared over the last 30 years of profit–driven human destruction and a further 75% of reefs are ‘threatened’ today by the usual suspects: overfishing and climate change.

Restoring the ecosystem functions of these reefs must be considered a priority for marine managers. Unfortunately, balancing an ecosystem as complex as coral reefs is not a simple science. Much like in any other ecosystem, certain species hold higher value than others with regard to the stability of the underwater community. Within the reefs found to be below the good–health threshold, there was a distinct lack of two important roles within the food web: ‘browsers’ and ‘grazers’. While both groups eat algae, the browsers, such as parrotfish, eat macro algae from the corals themselves, preventing an algal build up that would shade the corals from their much needed light. Rabbitfish, a common grazer, (you guessed it) graze on algal turf to free up space on the rocks for polyps to settle upon. The study arrives at a fairly obvious solution: preserve the browsers and grazers so they can carry out their reef maintenance.

How to Protect a Coral Reef

This study didn’t just identify points of preservation, but showed us how we can preserve them. Of the 17% of ‘healthy’ reef systems, 63% had enforced fisheries restrictions, such as small-mesh nets, and restrictions on catching herbivorous species. The success of policing the capture of herbivorous species backs up the thought that grazers and browsers are essential to the recipe for a perfect reef.

The good news is it seems we have a plan for recovery that works. The bad news is that, according to the latest models, the process of recovery is expected to take as long as 59 years, with the appropriate restrictions.

For now, Dr. McNeil and his team are turning their attention to the land, analysing economical and societal conditions affecting the biomass of the reef systems. The aim is to find novel solutions to coral reef destruction by learning lessons from areas in which there is an over–performing reef biomass. If a recovery is going to happen we must rally around researchers such as these and intensify local pressures on marine managers to find a form of restriction that works for their communities and their corals.