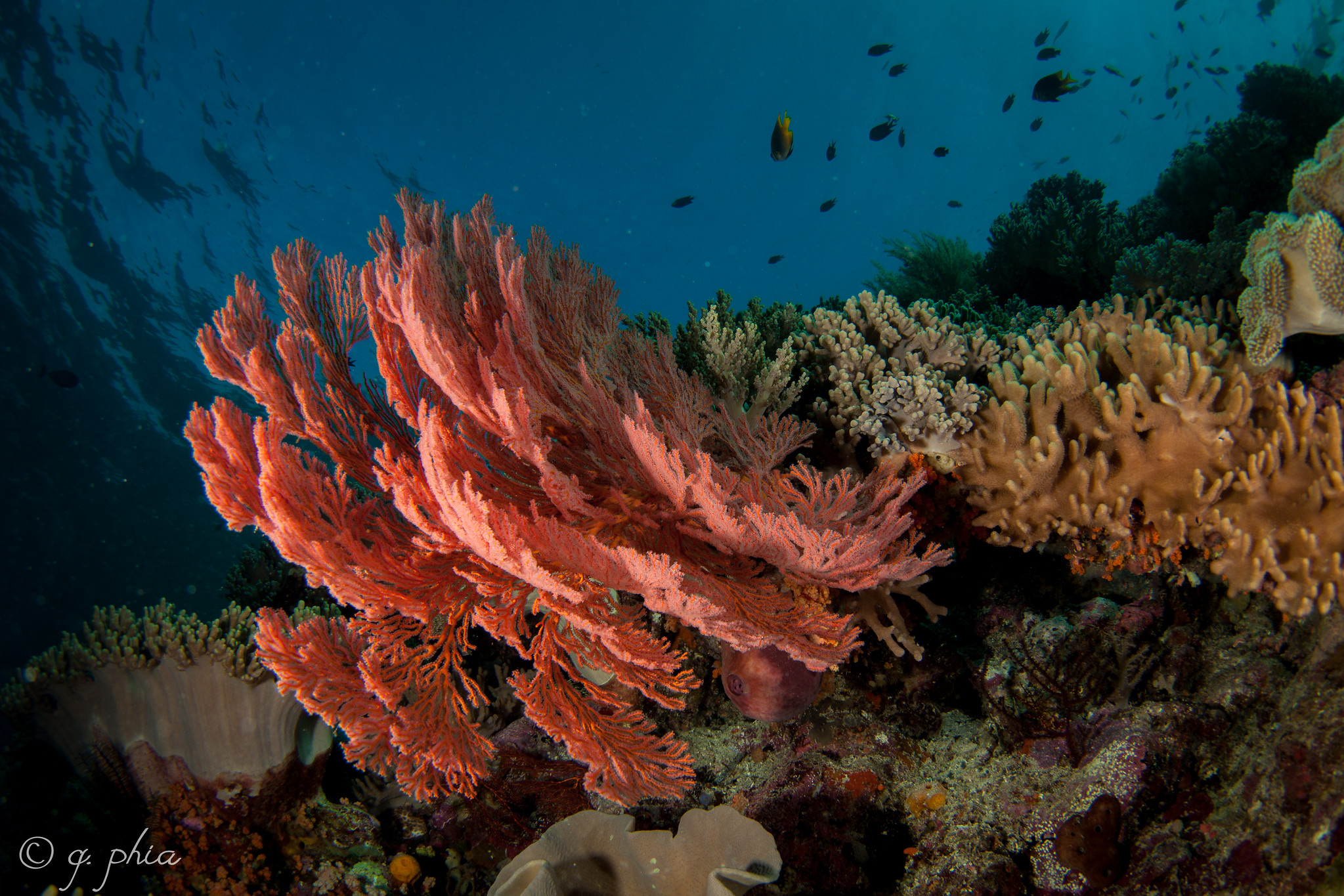 Coral reefs are in trouble around the world with one possible exception. One coral species appears to be making the best of a bad situation.

In many respects, coral reefs and climate change do not go together. The news – both scientific and journalistic – abounds with stories of ocean acidification and coral bleaching as temperatures rise and oxygen becomes more scarce underwater. For some species teetering on the edge of extinction, these tales are more than cautionary.

But for one species of coral off the coasts of northwestern Europe, the future isn’t quite so grim. A recent study from the University of Exeter in England reveals that warmer temperatures and lower oxygen levels might actually help this coral increase its range – and help bolster marine biodiversity in those areas along the way.

The study looked at the habitats of pink sea fan coral (Eunicella verrucosa), along with another species called dead man’s fingers (Alcyonium digitatum), to try to figure out what variables cause the corals to live where they do currently. The researchers, Drs.Tom Jenkins and Jamie Stevens, also wanted to know where the corals could potentially live in the future, and how climate change could impact the suitability of these future habitats.

Jenkins and Stevens used computer modeling to display current and future habitats of the corals, projecting all the way out to the year 2100. The researchers focused specifically on southern Norway, the British Isles, and the Bay of Biscay west of France, using a high-emissions climate change scenario, known in the research community as RCP 8.5.

While the habitat for dead man’s fingers coral was projected to increase northward, but decrease to the south, pink sea fan coral fared much better in a theoretical world with even higher ocean temperatures and lower oxygen levels.

Pink sea fan is a soft coral typically found on rocky surfaces up to 50 meters below the surface in water with moderately strong currents. Today, its habitat ranges south to the western Mediterranean, all the way up to northwestern Ireland and southwestern England and Wales. It’s also listed as a vulnerable species by the International Union for Conservation of Nature, and legislation in England and Wales notes its environmental importance.

The study indicates the species is likely to not only retain its current habitat, but also spread northward as the planet warms, like many other species that migrate toward the poles. The research also shows that areas like the Channel Islands and northwest France could be suitable habitats for the species over the next several decades.

Jenkins and Stevens still aren’t sure of how long the coral will survive in these projected habitats, especially if the climate shifts in different ways than currently predicted. They’re also still working out why pink sea fans don’t already live in these regions if they’re otherwise suitable.

“It’s not clear why pink sea fans have not yet colonized these areas. Possible barriers include insufficient dispersal of their larvae and high competition between species for space and resources,” Jenkins says.

Regardless, the new research may help conservationists identify areas to protect or restore for future pink sea fan colonies. Since coral help build reef systems and contribute to their often rich biodiversity, knowing where they could possibly live in the future could help protect not just the corals themselves, but other species that rely on them for habitat.

Corals also indicate the condition of an area – if the coral are healthy, that’s often a good sign. Conversely, corals that are diseased, broken, or dead indicate poor environmental conditions – often tied to human disturbance in those areas. Protecting coral habitat can help scientists easily keep tabs on a given region’s ecological needs, no matter what the future holds.

This study was published in the peer-reviewed journal PeerJ.