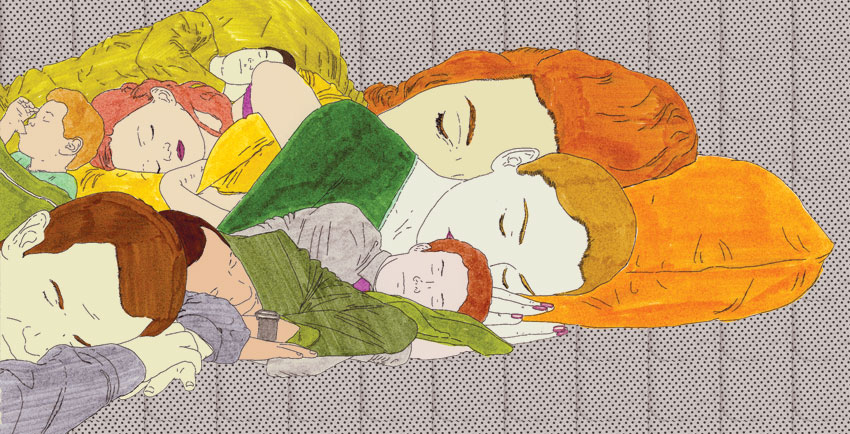 Sleep plays an important role in processing the experiences of the day and forming long-term memories. But how does your brain decide which memories are important enough to keep?

Human beings spend a lot of time asleep. About one-third of our lives, in fact. Even though we spend so much time doing it, it’s still unknown what exactly our brains are doing while we’re catching Z’s.

One thing we do know is that a healthy night’s sleep helps us form long-term memories. While we’re asleep, a portion of the new short-term memories we acquired during the day are reactivated. They are replayed, sorted through, and consolidated into long-term memories. But how does the brain decide which memories are important enough to keep?

In a study recently published in the journal Nature Communications, fMRI images were used to determine whether memories centered around a rewarding experience (such as winning a game) were prioritized for reactivation during sleep over non-rewarding events.

Eighteen participants were selected to play a sequence of two games. In the “face game,” participants used a set of clues to discover a particular face within a set. In the “maze game,” they were told to find the exit in a virtual maze. During game play, fMRI data, which measures brain activity through blood flow, was collected on each participant.

Unbeknownst to participants, the games were rigged. At the end of the experiment session, each participant randomly won either the face game or the maze game, regardless of performance. In this way participants were randomly sorted into one of the two reward conditions: you either won the face game or the maze game, but not both. Following the game session, participants took a nap inside the brain scanner, while continuous fMRI and EEG data were recorded. An EEG monitors electrical activity in the brain and can identify the stages of sleep as a person cycles through them.

These two games were selected because of the areas of the brain used to accomplish the presented tasks. Processing facial information (necessary for the face game) uses a different part of the brain than spatial recognition (needed for the maze game). Imaging taken while participants were using these two distinct parts of the brain allowed researchers to identify which memories were being recalled later as participants slept inside the scanner. The intention was to determine if memories of the reward condition — the game they won — would be more prominent than those of the non-reward condition — the game they lost.

Thirteen participants were able to reach sustained N3 sleep. This is the third stage of slow-wave sleep where memory reactivation begins. Researchers examined which areas of the brain were active during this stage of sleep and compared the images with those taken during game play. Brain regions used in both the face game and maze game were activated, regardless of which game the participant won. However, the brain regions associated with the reward condition — the game they won —  activated for a significantly longer period of time.

MAKING MEMORIES WHILE YOU SLEEP

Researchers also noted a correlation between the strength of game-related neural reactivation during sleep and later performance on a memory task. Two days after the original study, participants returned to perform memory exercises related to the games they had played a couple of days before. Memory for the face game was tested by asking participants to place the face cards in the same location they were in during game play. Memory for the maze game was tested by placing participants in a random location within the virtual maze and asking them to find their original starting point. Participants performed better on the memory task related to the game they had won.

These results support that neural reactivation during N3 sleep plays a role in the formation of long-term memories of a rewarding experience. Negative memories may also be reprocessed during sleep, but this is likely to happen during the rapid eye movement (REM) stage. REM sleep is correlated with strong activation of the amygdala, a neural structure important for the processing of the body’s fear and stress responses.

Since none of this study’s participants reached REM sleep while being scanned in the fMRI machine, this aspect of memory consolidation could not be examined. Future research will further investigate how the emotional components of memories control reactivation during sleep.

Studies like this demonstrate that each stage of the sleep cycle plays a distinct and important role in our ability to form long-term memories — something to think about when you’re considering watching one more Netflix episode before bed! It is important to prioritize a full night’s sleep so that we may gain the benefits of each portion of the sleep cycle and keep our memories sharp.

Featured image is the work of masha krasnova-shabaeva, CC BY-NC-ND 2.0