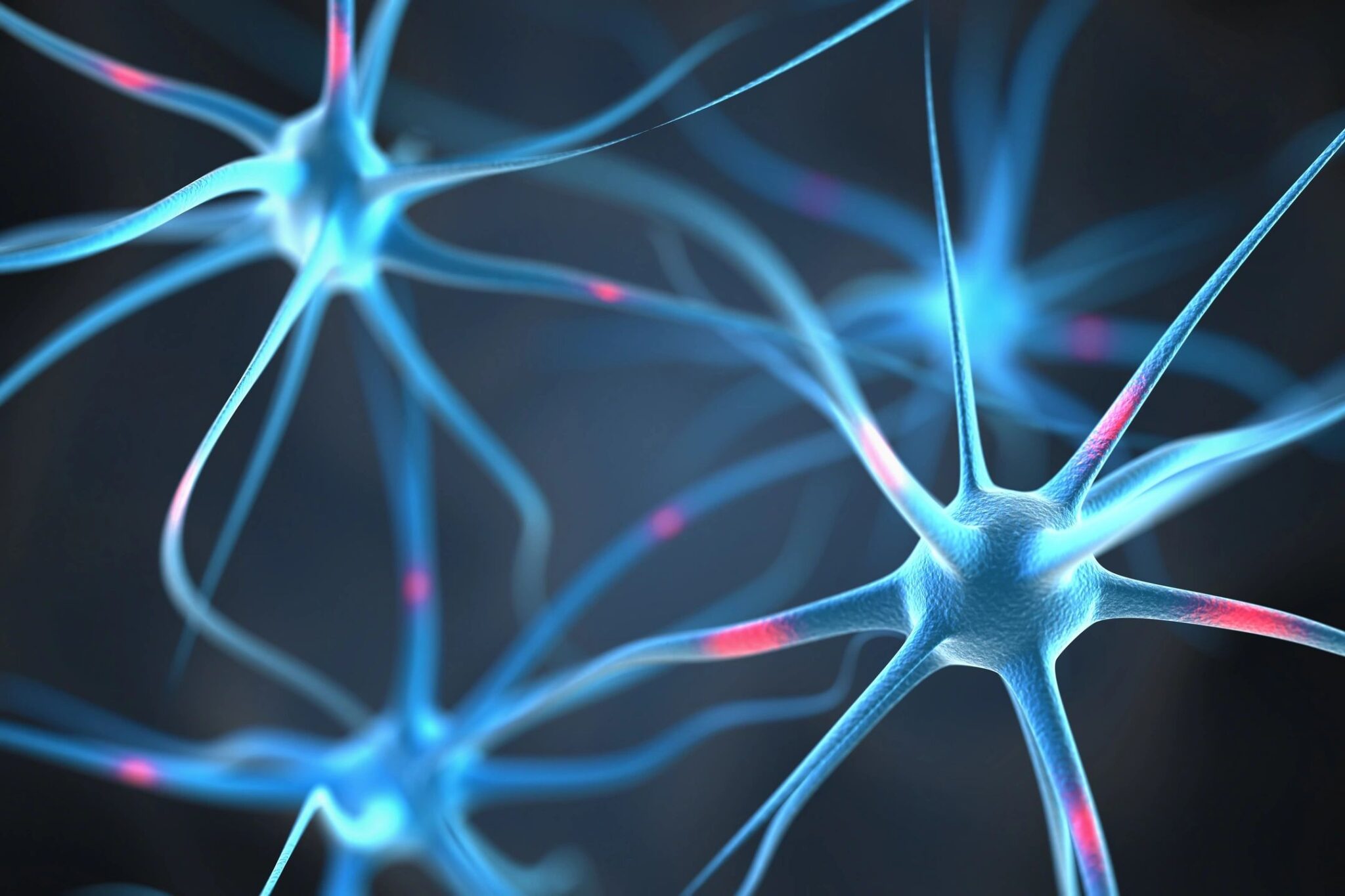 Feel depressed? You aren’t alone. Cases of depression are on the rise. Now, scientists are busy uncovering new neuroscience mechanisms underlying the cause of depression.

Depression is a difficult, and sometimes chronic, mental health disorder that is associated with deep sadness, hopelessness, fatigue, and weight changes. Certain types of experiences can lead to depression, for example the loss of a loved one, work-related stress, and health issues. Several research studies have found that repeated stress over a long period of time in humans and animals can cause depression. In animals, depression-like symptoms manifest as reduced locomotion (meaning moving around less) and greater “freezing” behavior (meaning more likely to be scared of harmless sounds and other types of sensory stimuli).

Since experiences such as chronic stress will change gene expression in neurons, researchers can use techniques such as immunohistochemistry to study the changes. This method allows scientists to visualize where the protein products of specific genes are located. In this case, the cFos protein is a read-out of neuronal activity, while the lateral hypothalamus and lateral habenula were the regions most enriched in cFos expression. cFos expression gives an idea of overall activity levels within a brain region—but does not tell us if this activity is meaningful (also known as being “functionally meaningful”). Does the increased cFos expression mean that there is a pathway between lateral hypothalamus and lateral habenula that brings about depression onset?

When the researchers used another technique called fiber photometry, they found that there was indeed increased calcium signaling in the axons (nerve fibers) from lateral hypothalamus that project to lateral habenula neurons. Calcium levels are increased during neuronal activity, and researchers can use fiber photometry to measure calcium fluctuations in awake mice. This allows for a “live” read out of neuronal activity during chronic stress. From these (and a few other) experiments, the group could conclude that the connection between the lateral hypothalamus and the lateral habenula is functionally important during stress. Now the scientists could ask what type of activity happens between those two brain regions and how it leads to the onset of depression.

To address the type of activity that is activated between the lateral hypothalamus and lateral habenula during chronic stress, the researchers placed small electrodes into the mice’s brain while they were walking around and living their daily lives. These electrodes captured all of the neuronal activity in the lateral hypothalamus after the mice had experienced either chronic (14 days) or short-term (3 days) stress. Whenever a mouse had lived through 14 days of stress, the lateral hypothalamus displayed a very unique activity pattern: it would consistently fire in a 40 Hz pattern. What is so special about 40 Hz of neuronal activity? By using a technique called optogenetics, Zheng et al. could mimic a 40 Hz activity pattern in the axons projecting from lateral hypothalamus to the lateral habenula. Optogenetics is a complicated but powerful neuroscience technique that uses light to activate or silence specific subsets of neurons in a specific pattern or activity level.

In this experiment, the researchers activated the axons connecting the lateral hypothalamus to the lateral habenula in a 40 Hz stimulation pattern. When repeatedly stimulating this pathway at 40 Hz over several days, mice started to display depression-like behaviors. For example, they moved around less and spent more time hiding rather than exploring new environments compared to non-stimulated mice. Importantly, neither a one-time 40 Hz stimulation nor repeated 20 Hz stimulation could induce this behavioral state of depression in any of the mice, supporting the idea that there is something biologically meaningful about 40 Hz activation in this pathway between lateral hypothalamus and lateral habenula.

The researchers hypothesized that this 40 Hz activity pattern might generate a form of neuronal activity called long-term potentiation (LTP). Potentiation refers to the strengthening between neural connections due to repeated use of the same neural pathways. LTP occurs when this strengthening becomes long-lasting. Potentiation (and LTP) is only triggered by certain types of neural activity patterns: there has to be simultaneous activity within the two neurons between which a connection is getting stronger (Figure 2, left side). This phenomenon is called Hebb’s postulate and is often described as “neurons that fire together, wire together.” The essential part of this idea is that simultaneous activity between two neurons leads to “synaptic potentiation,” meaning that the connection between them is now stronger and in the future it will be easier to trigger long-lasting activity in this neuronal network. Indeed, when Zheng et al. stimulated the lateral hypothalamus so that it generated a 40 Hz activity pattern, it induced activity in the lateral habenula neurons as well, and this simultaneous activity led to synaptic potentiation between the two regions.

All brain regions are made up of many different cell types, and they each carry different functions in regulating overall brain activity. Could Zheng et al. identify which cell type was most important in generating LTP and ultimately depression-onset? To answer this question, the researchers again used optogenetics, but this time they restricted the light-induced activation to affect only one cell type at a time. While many types of neurons exist, there are two that dominate: the excitatory neurons and the inhibitory neurons (Figure 2). Excitatory neurons express and release a type of signaling molecule, or neurotransmitter, called glutamate. When glutamate is released through the axon, it triggers activation of the surrounding neurons. Glutamate release is therefore often involved with generating LTP. Inhibitory neurons express and release the neurotransmitter GABA, which aids in reducing neuronal activity. The researchers found that only when the glutamatergic (i.e., the excitatory) neurons were activated over several days did the mice start expressing behaviors similar to stress-induced depression.

While more studies are needed to further parse out how different cell types contribute to depression onset, these studies do point to an important role of glutamatergic neurons in driving LTP between lateral hypothalamus and lateral habenula and the onset of stress-induced depression.

Based on this new research from Zheng et al. we now have a better understanding of how chronic stress can trigger the onset of depression: chronic stress leads to LTP between lateral hypothalamus and lateral habenula via excitatory neurons, which triggers depression-like behaviors in mice. Whether the same regions are important for sustained depression is a different question for another time.

This research was published in the peer-reviewed journal Neuron.

Learn more about depression and the brain

Use the links below to explore more articles about depression and the brain.

Is Depression In Our Genes? – Scientists suspect there is a biological basis for depression–it may even be coded for in our DNA. is depression in our genes?

Depression May Speed up Brain Ageing – Psychologists at the University of Sussex have found a strong correlation between depression and the speed at which the brain ages.