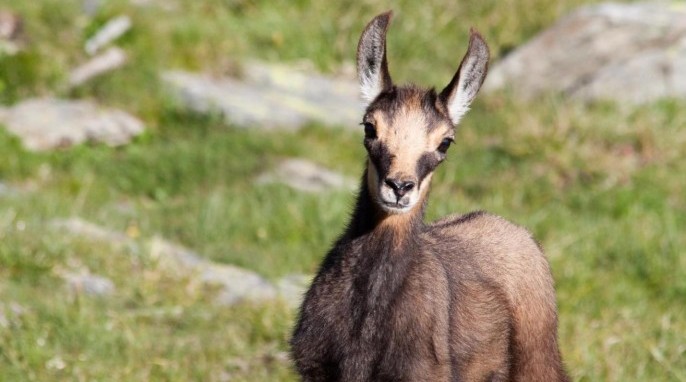 These goats that live in the Italian Alps appear to be shrinking in size, according to research from Durham University.

The researchers studied the body size of Alpine Chamois, a species of mountain goat, over the past 30 years. To their surprise, they discovered that young Chamois now weigh about 25 percent less than animals of the same age in the 1980s. That’s a big change in a short period of time. (Similarly, moose in Michigan have been physical shrunk by 16 percent over 40 years.)

When the team investigated long-term records of Chamois body weights and average temperatures in Italian Alps, they discovered a correlation between the decrease in mountain goat body weight and the warming climate in the region, which became 3-4 degrees C warmer over the 30 years of the study.

In recent years, decreases in body size have been identified in a variety of animal species, including goats, and correlations to the changing climate have often been found. According to lead author Dr. Tom Mason of the School of Biological and Biomedical Sciences at Durham University, “Body size declines attributed to climate change are widespread in the animal kingdom, with many fish, bird and mammal species getting smaller. However, the decreases we observe here are astonishing.”

Similar studies have found that other animals are getting smaller because the changing climate is reducing the availability or nutritional content of their food, but this study found no evidence that the food supply in Alpine meadows grazed by Chamois has changed. Instead, the team suspects that higher temperatures are affecting how the goats behave.

According to co-author Dr. Stephen Willis, of the School of Biological and Biomedical Sciences at Durham University, “We know that Chamois cope with hot periods by resting more and spending less time searching for food, and this may be restricting their size more than the quality of the vegetation they eat.”

The researchers are concerned that similar patterns of size reduction could affect domestic livestock. “If climate change results in similar behavioral and body mass changes in domestic livestock, this could have impacts on agricultural productivity in coming decades,” Willis explains.

“This study shows the striking, unforeseen impacts that climate change can have on animal populations. It is vital that we continue to study how climate change affects species such as Chamois. Changes in body size could act as early-warning systems for worse impacts to come, such as the collapses of populations,” says Mason.

This study of goats in the Italian Alps, funded by the Natural Environment Research Council, is published in the journal Frontiers in Zoology.

Photo of a juvenile chamois goat courtesy of Tom Mason