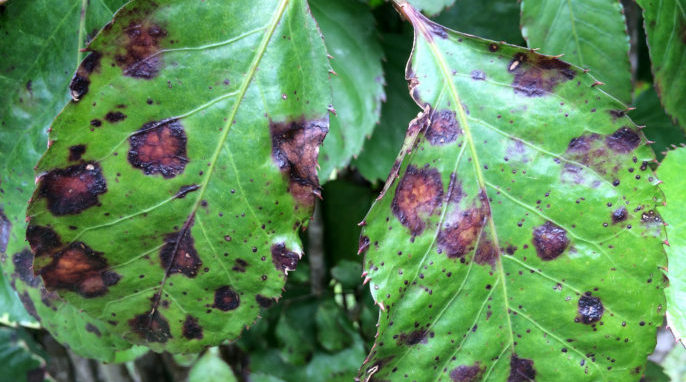 Plants need water to grow, but too much water creates a perfect environment for plant bacteria, viruses, and fungi to thrive. How does this work, exactly?

Plants need water to grow. But too much water isn’t good for them either. Scientists have found that excessive rain and high humidity levels allow disease-causing bacteria to attack plants by creating a moist environment that makes them more susceptible to bacterial infections.

When conditions are right, plants can be infected with bacteria, viruses, and fungi.

While scientists and farmers have long known that wet weather and long periods of high humidity can increase the risk of crops getting diseases, the exact mechanisms have so far eluded scientists. Previous research revealed one mechanism: bacteria such as Pseudomonas syringae attack plants by injecting virulence proteins that suppress the plants’ immune responses.

But researchers for this study learned that these virulence proteins were not the only cause of infection. Even Arabidopsis thaliana plants that were immune compromised—meaning that they were susceptible to attack—were not infected by bacteria lacking the virulence proteins responsible for lowering the immune response. So there was something else required for infection to occur.

One visible symptom of bacterial infection in plants is the appearance of “water soaking” lesions, appearing as dark spots on the leaves. When Arabidopsis plants were placed in an environment of around 60 percent relative humidity, P. syringae levels were low and the leaves looked normal. But when the plants were shifted to a chamber with relative humidity of 95 percent, bacterial levels soared and the leaves had visible dark spots indicating infection.

The researchers investigated the role of 28 bacterial virulence proteins in the infection process. They pinpointed two proteins injected by P. syringae that caused waterlogging inside a region of the plant known as the apoplast—the space connecting two plant cells, normally filled with air—where the bacteria live. Tiny pores called stomata on the undersides of leaves connect the apoplast to the air outside, through which gas exchange occurs. When relative humidity is low outside (60 percent or below) this excess water can evaporate, but in conditions of high humidity (95 percent or above) the water is retained, allowing bacteria to gain a foothold in the plant and reproduce. P. syringae thrive in a wet environment, presumably through easy access of nutrients.

“What we discovered in this study is that humidity is required for bacteria inside the leaf to accumulate water,” says Xiu-Fang Xin of Michigan State University, the lead researcher of the study. “Conditions need to be right. That’s why we don’t see widespread plant diseases every year.”

Xin and her team created a mutant Arabidopsis plant with mutations in four genes—three that are responsible for plant immunity and one involved in controlling water in the apoplast. Consequently, the mutant plant had a defective immune response and was unable to control the water levels in the apoplast. This time, even bacteria that do not cause disease—without virulence proteins—were able to infect the plant.

“We really can say that we now understand the basic pathogenesis mechanism, because we can recreate the plant infection without bacterial virulence factors,” explains Sheng Yang He, senior researcher of the study. “It seems like the pathogen and plant are fighting to control water content in the apoplast. This is a new battle that we discovered.”

Looking back at weather records, researchers can find periods of high humidity that coincided with outbreaks of plant diseases. In one case, wet weather triggered a deadly bacterial disease called fire blight, which ravaged Michigan’s apple crop, wiping out 400,000 trees. Fire blight infects the blooming apple flowers and can spread quickly, both within the tree and among other trees, in humid weather when the flowers are blooming.

“The apples are always there and the pathogens that live in them are always there,” explains He. “That year, there were rains and long periods of high humidity during apple blossom season that created a perfect storm for disease.”

The researchers suggest that more research on how different climatic conditions affect plant disease development can help us understand and prevent infectious diseases from striking crops, especially in light of climate change’s effects on rainfall around the world, with northern latitudes expected to receive more rainfall.