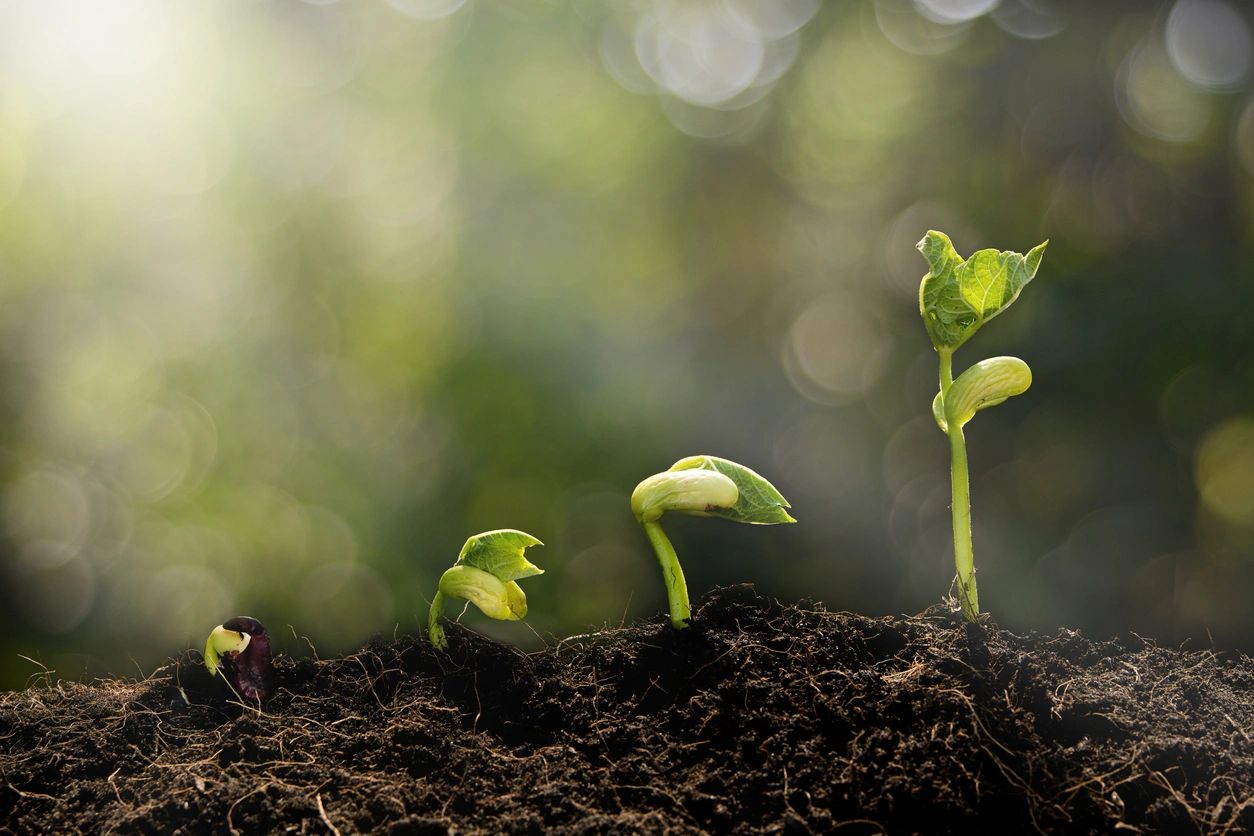 Plants turn sunlight into fuel in a process called photosynthesis, but how exactly does it work? Find out from U. of Michigan physicists.

The phrase “in the blink of an eye” is used to describe something that happens so quickly we can barely register it. But did you know that when a plant turns sunlight into food, the initial steps of that process happen quadrillions of times in the milliseconds it takes for your eyelids to close and open again?

Now, imagine being able to trace and record that process. Using superfast lasers, that’s exactly the challenge a team of physicists at the University of Michigan have tackled for a recent study showing how certain photosynthetic organisms take in light and use it for fuel.

Plants and other organisms like heliobacteria have been using photosynthesis–or, the conversion of solar energy to chemical energy–for more than three billion years. But this study, published in May 2021, seeks to map out that ancient architecture and capture what really goes on inside microscopic “reaction centers.”

According to the paper, the motor that makes photosynthesis run is known as a “charge-separated state.” The process differs slightly across species, depending on the specific reaction center, but here’s a general outline of what takes place: Pigments in certain proteins absorb particles of light (or photons), which are then sent to the reaction center. Inside the center, an electron becomes excited and moves around. As it moves, it leaves behind a positive charge, creating the separation.

However, it’s often difficult to see what’s actually happening on such a small scale–especially since the process tends to be monochrome. In most photosynthetic organisms, the pigments sending off the excited electron absorb the same color of light as the pigments taking in the electron.

Study author Jennifer Ogilvie, a physicist at the University of Michigan, likens the process to tracking someone in a distant crowd where everyone was wearing the same thing, such as a blue jacket. Not only would it be difficult to see the person, but you wouldn’t even be able to track the person in one fluid scene; you’d have to do it through a series of snapshots.

So to make visualization easier, the researchers turned to heliobacteria, whose reaction centers are thought to be a common ancestor across all modern photosynthetic species. The heliobacteria’s reaction centers contain not just chlorophyll, but bacteriochlorophyll, which absorbs a different color of light, giving off something easier to view, perhaps like a pop of red in a sea of blue.

“If the person you were watching was wearing a red jacket, you could follow them much more easily,” Ogilvie says. “This system is kind of like that: It has distinct markers.”

But how are scientists able to view something this small–and speedy–in the first place? Ogilvie and her team employed a type of superspeed spectroscopy in the lab of fellow author Yin Song. Spectroscopy uses electromagnetic waves and rays, including light waves, to interact with a subject and produce a snapshot of a light spectrum to show what’s happening beyond what humans can see.

For this study, the team fired extremely short, precise laser pulses at samples of the heliobacteria, planning varied time intervals between pulses to see how each one reacts with the sample differently. As in the process described earlier, the bacteria’s reaction centers become excited when the specially colored lasers hit them, and the type of light they absorb informs researchers about how these centers are structured. This information also allows scientists to determine how the centers handle energy directed at them in the form of light, a peek at the sort of mysteries spectroscopy can uncover.

“Spectroscopy allows us to follow a structure as it’s functioning, as the energy is being absorbed and making its way through those first energy conversion steps,” Ogilvie says.

Now that the researchers have figured out how reaction centers kick off photosynthesis in heliobacteria, Ogilvie is hopeful future studies can use these theories to better understand how plants carry out their photosynthesis. The new information on these ancient processes might also help improve photovoltaic technology for things like solar panels, having an indirect but meaningful impact on fighting climate change, which could be a bright spot for us all–plant, bacteria or otherwise.