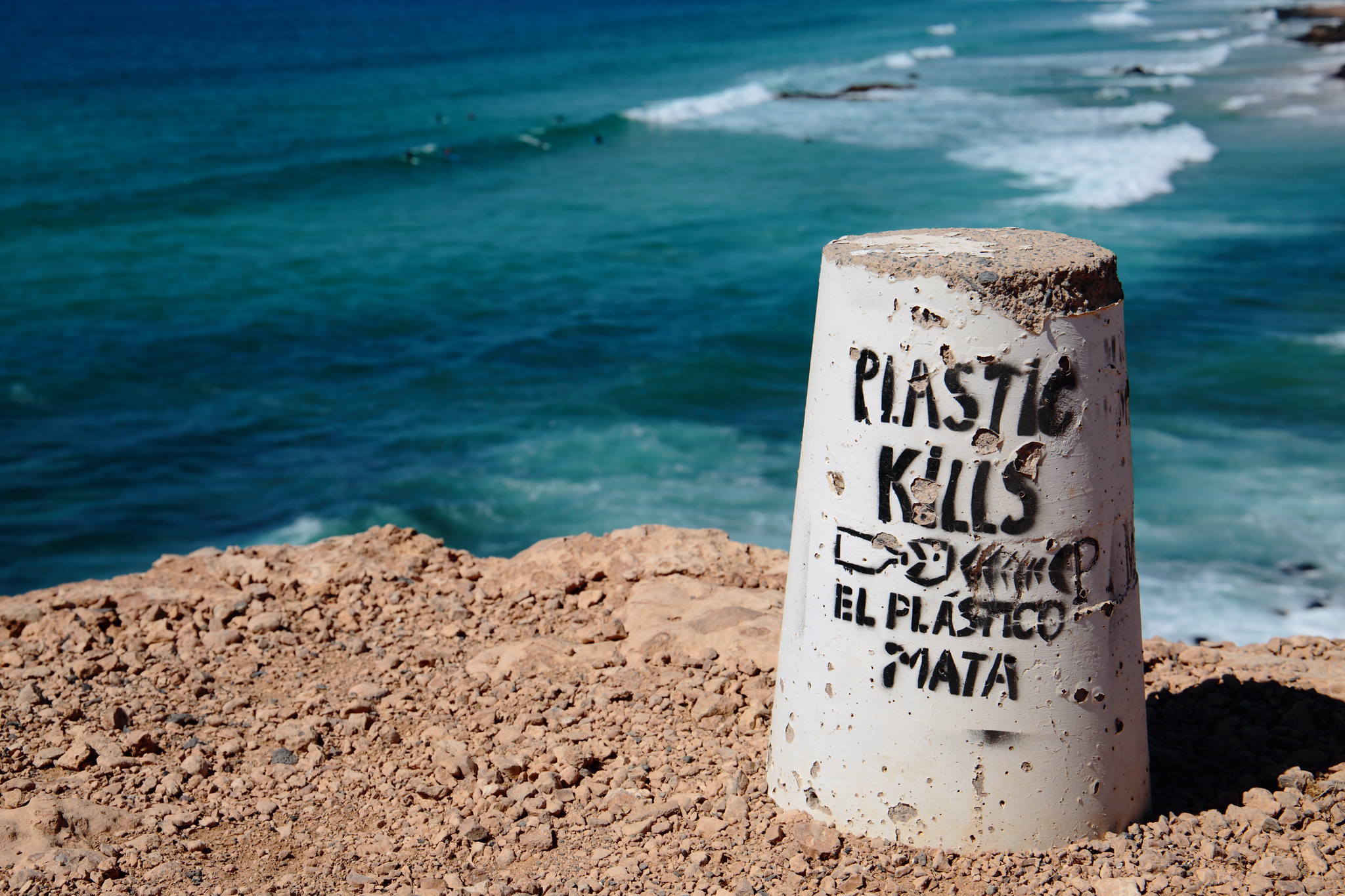 Ocean plastic is accumulating rapidly, but reducing plastic waste and improving surface cleanup technology can make a difference in the future.

Plastic is accumulating in certain areas of the ocean, but surface cleanup does little to reduce its amount. The solution is to reduce plastic waste and stop it from reaching the ocean.

There are around 269,000 tonnes (269,000,000 kg) of plastic in the ocean, and this figure is growing. Put into context, that means 5.25 trillion plastic particles, with concentrations up to 580,000 fragments per square km. These figures exclude nanoplastic, which is invisible to the naked eye, because the global concentration of these tiny particles is unknown. Many people have heard of the Great Pacific garbage patch, which is essentially a floating island of plastic and other rubbish that is hugely detrimental to ocean life. Since plastic is positively buoyant—which means it floats—plastic waste is driven together by wind and ocean currents and circulates around the Pacific. Some of it is taken away from the surface through ingestion by marine life or biofouling. Biofouling is the accumulation of organisms such as barnacles on the surface of plastic, which increases the density and causes it to sink.

Plastic can make its way into the ocean a number of ways. The first thing that comes to mind for many people is directly littering into the ocean, like leaving rubbish on beaches. However, almost 80 percent of global plastic pollution is because of rivers, where plastic enters the ocean via river mouths. It also enters the ocean when it is discharged from drainage systems, due to plastic waste being mismanaged by cities.

The future of plastics

Researchers at the University of Exeter created a model that estimated the amount of plastic in the ocean. The model assumed plastic waste remains buoyant for 61 years, that plastic discard started in 1950, the discard rate will peak in 2029, and 2052 will be when no more plastic waste enters the ocean because it will be recycled and incinerated on land. With these figures, the model calculated that there would be 860,600 tonnes of plastic in the ocean by 2052, triple the figure in 2011. This is under a business as usual scenario, with no cleanup efforts.

Luckily for us, there are several initiatives such as the Ocean Cleanup Project, which aims to clean up the Great Pacific garbage patch in the next 20 years. This uses 600 m floating barriers with a vertical screen to catch plastic. Once it is collected, it is incinerated as it is often impossible to recycle plastic found in the ocean due to contamination. Using the model described above, the researchers calculated the efficiency of one ocean cleanup device. It was found that one device could clean a relative fraction of 0.07 percent of the ocean per year. With one device working continuously for 130 years until 2150, only 768 tonnes of plastic would be removed from the ocean. That is 0.09 percent of the total amount of buoyant plastic. Even deploying 200 devices for the same period, 44,900 tonnes of plastic would be collected, with 816,000 tonnes remaining. This is because of the continued addition of ocean plastic until at least 2050, and after that plastic remains buoyant for a very long time.

As the researchers note, the model does assume plastic is evenly distributed in the ocean, with no areas of accumulation like the Great Pacific garbage patch. This assumption is purely for simplicity of the model, as there are complex interactions of factors which cause the agglomeration of ocean plastic. These are very difficult to accurately model. This means estimates of the efficiency of ocean cleanup devices are likely to be underestimated, as devices will collect more garbage in a shorter time when it is highly concentrated like in the Great Pacific garbage patch.

Regardless, the model suggests the goal to clean up the Great Pacific garbage patch within the next 20 years is very ambitious. The size of the ocean and the volume of plastic being added to the oceans means it is being added faster than we can take it away. However, the researchers find there are other ways to reduce the amount of plastic in the oceans using surface cleanup devices in conjunction with other initiatives.

Although surface cleanup technology has received by far the most public attention, with private ventures and NGOs developing technologies, initiatives such as the Ocean Cleanup Project are also employing other methods. This includes deploying 1000 autonomous interceptors in rivers. As mentioned, this is where 80 percent of ocean plastic pollution originates from. These interceptors are stationed in some of the most polluted rivers in the world and funnel plastic and garbage to be collected inside the device, stopping it before it reaches the ocean. This has the added benefit of collecting plastic before it gets fragmented by wave and UV action. This means it also reduces the amount that becomes nanoplastic, preventing it from being ingested by marine life. Nanoplastic is effectively impossible to collect and poses an issue to human health, as we also consume nanoplastic particles when we eat seafood, so it is an important part of the ocean plastic problem. Technology that reduces this as well as reducing larger plastic particles is the best of both worlds.

Ideally, river barriers would collect 100 percent of the plastic in rivers before it reaches the ocean. A total of 462,000 tonnes would be prevented from entering the ocean if implemented in 2020. Yet, 398,000 tonnes would remain from plastic that has already entered the ocean. There would also be the other 20 percent of plastic that enters the ocean through routes other than rivers. This means the use of ocean cleanup devices is most definitely still required.

What can we do?

The researchers do not ignore the significance of cleanup projects and acknowledge the benefits of initiatives like the Ocean Cleanup Project in raising public awareness of ocean plastic and the existence of the Great Pacific garbage patch. However, one of the aims in the paper was to outline the importance of reducing the amount of plastic waste we produce—to be more mindful about how we dispose of our plastic. Surface cleanup technology and even river barriers cannot completely solve the ocean plastic problem. Therefore, we should not treat these projects as a free pass to continue carelessly using and discarding plastic.

RELATED: THE US NEEDS A FEDERAL BAN ON MARINE PLASTIC POLLUTION

The best solution is still prevention rather than mitigation. This can be achieved by reducing the amount of plastic we use, and especially being more mindful about single use plastic. This could include taking reusable bags to shopping centers, banning plastic straws, and encouraging plastic-free packaging. The focus by NGOs, private corporations, governments, and the public should be to reduce plastic use and production. Projects like the Ocean Cleanup Project will then be able to remedy the existing damage we have caused to the oceans.

This study was published in the journal Science of The Total Environment.

Jessica Breavington is a student at Durham University studying Natural Sciences in biology, geography, and earth science. Being an extensive traveler, she has observed first-hand the human impacts on the environment and the effect of climate change in the natural world.