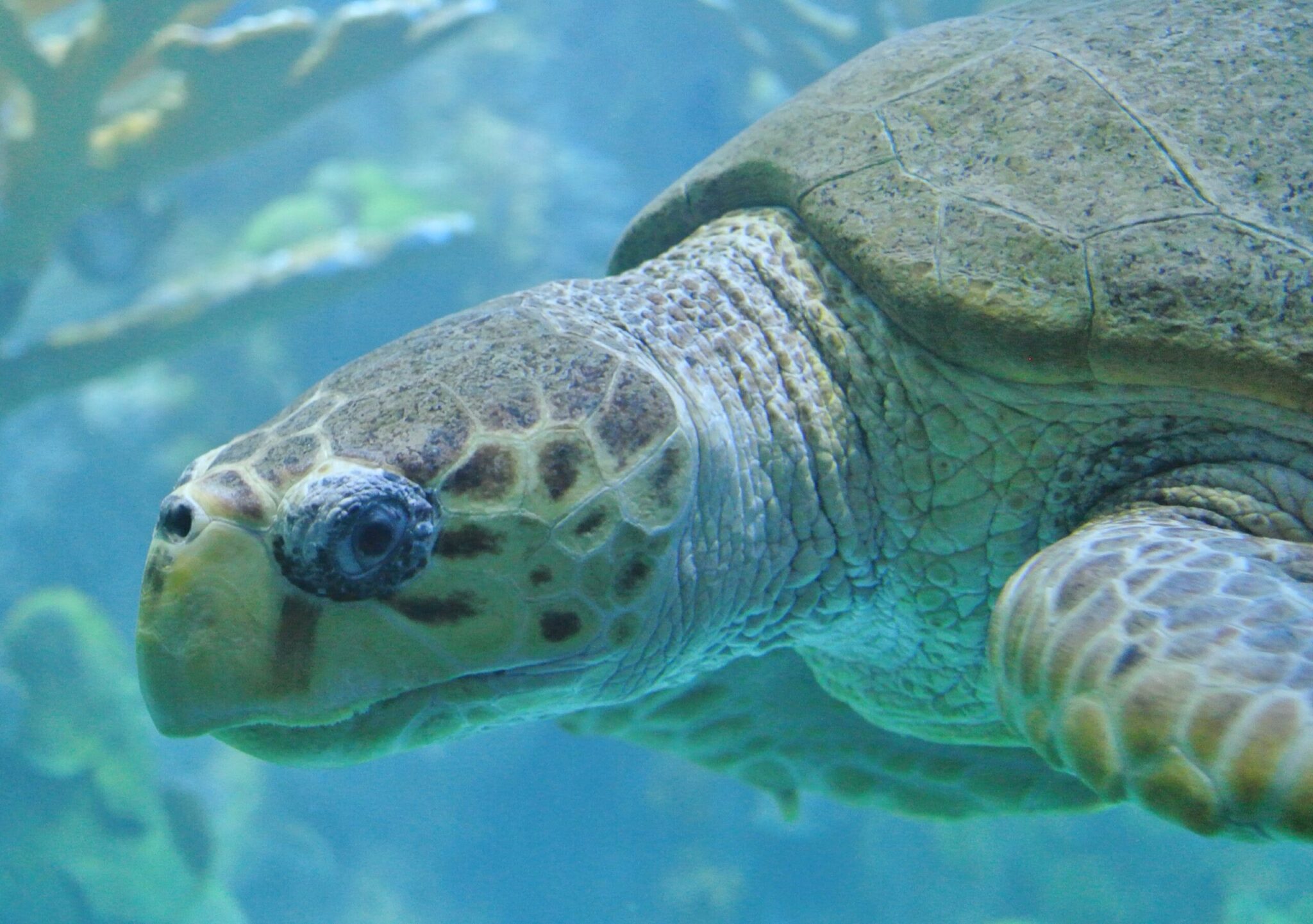 For humans, there’s nothing quite like the aroma of our favorite foods, whether it’s fresh-baked brownies, pizza in the oven, or a pot of curry. But imagine if your sense of smell, a key helper in finding food when you’re hungry, was the very thing that led to your demise.

According to a new study from the University of North Carolina at Chapel Hill, this sad irony may be a reality for sea turtles who mistake plastic for their favorite meals, giving humans all the more reason to think twice about what we throw away.

There are a few theories about why turtles in particular ingest trash, including one popular hypothesis that turtles mistake plastic bags for prey like jellyfish. But, as the study points out, turtles have also been observed eating plastic that looks nothing like things they would normally eat. Digging deeper, the study showed that odor seems to be the main difference between what turtles perceive as food and what they don’t.

This study, led by Joseph Pfaller of the Caretta Research Project, observed the foraging behavior of 15 young loggerhead turtles collected from Bald Head Island, North Carolina. The turtles, all around 5 months old, were exposed to the smells of four stimuli: deionized water, natural turtle food (a pellet of fish and shrimp meal), clean plastic, and “biofouled” plastic, which had built up a film of algae and other organisms after spending several weeks in a marine setting.

No turtles ingested plastic, or even had a chance to; items were placed into a separate container outside the turtles’ tanks, where a fan blew in the odor from each stimulus to the air above the water’s surface. The study noted the odors were colorless, eliminating any chance that sight would have affected a turtle’s decision to see what was above the water.

While the turtles displayed little interest in the clean plastic and deionized water odors, all 15 showed curiosity when exposed to smells from the fish pellets and biofouled plastic. Further, while natural food and biofouled plastic smells were blown into the tank, the turtles spent three times as much time with their nostrils above the water—a classic foraging behavior, especially for young turtles that tend to feed toward the surface—than they did for the other two stimuli. This suggests that their noses are leading them astray when they encounter plastic in the ocean.

The research team honed in on one of the five senses, but some pieces to the puzzle are still missing. Though this study helped narrow down what’s driving turtles toward plastic in the ocean, the researchers weren’t able to determine which particular chemical was the culprit. However, they suspect it was dimethyl sulfide, which turtles are capable of smelling and which can be found in areas of the ocean where marine animals forage for food.

“Further research will be needed to identify the precise odorants to which turtles respond and the effects that they have on turtle behavior,” the study reads.

It also acknowledges the possibility that the smells dissolved into the water before the turtles came to the surface—which would mean that the odors were carried through both the air and the water—but said previous studies showed this was unlikely to be the case.

Though there are still some questions left unanswered, this study is exciting not only because it helps us understand why turtles are attracted to harmful materials, but it paves the way for future studies to help solve the problem affecting so many marine creatures.

Like food courts at a mall are to hungry shoppers, a giant mat of plastic that smells like food is very attractive to ocean inhabitants—and not just sea turtles. Nearly seven hundred species of marine animals are endangered by plastic in our oceans, according to the study. This includes endangered species that face a whole host of other problems, in addition to choking on or becoming entangled in someone else’s trash.

“It’s common to find loggerhead turtles with their digestive systems fully or partially blocked because they’ve eaten plastic materials,” study author Kenneth Lohmann says in a press release. “There also are increasing reports of sea turtles that have become ill and stranded on the beach due to their ingestion of plastic.”

The problem is tricky to solve at its endpoint. It’s difficult and expensive to clean up the massive “plastic islands” forming in remote parts of the ocean. It’s also impossible to keep them from harboring microorganisms and smelling attractive to marine animals, since they will naturally become biofouled over time.

So what can we do about it, besides learning more about what attracts animals to our garbage? Keep the garbage out of the ocean in the first place by recycling, cleaning up beaches, and swapping single-use plastics for something that will never, ever have the chance to smell like turtle food.

Mackenzie Myers is a science writer, native Michigander, and former field station ragamuffin. She holds an MFA in nonfiction writing but would be a soil scientist if she could do it all over again. @kenzwrites