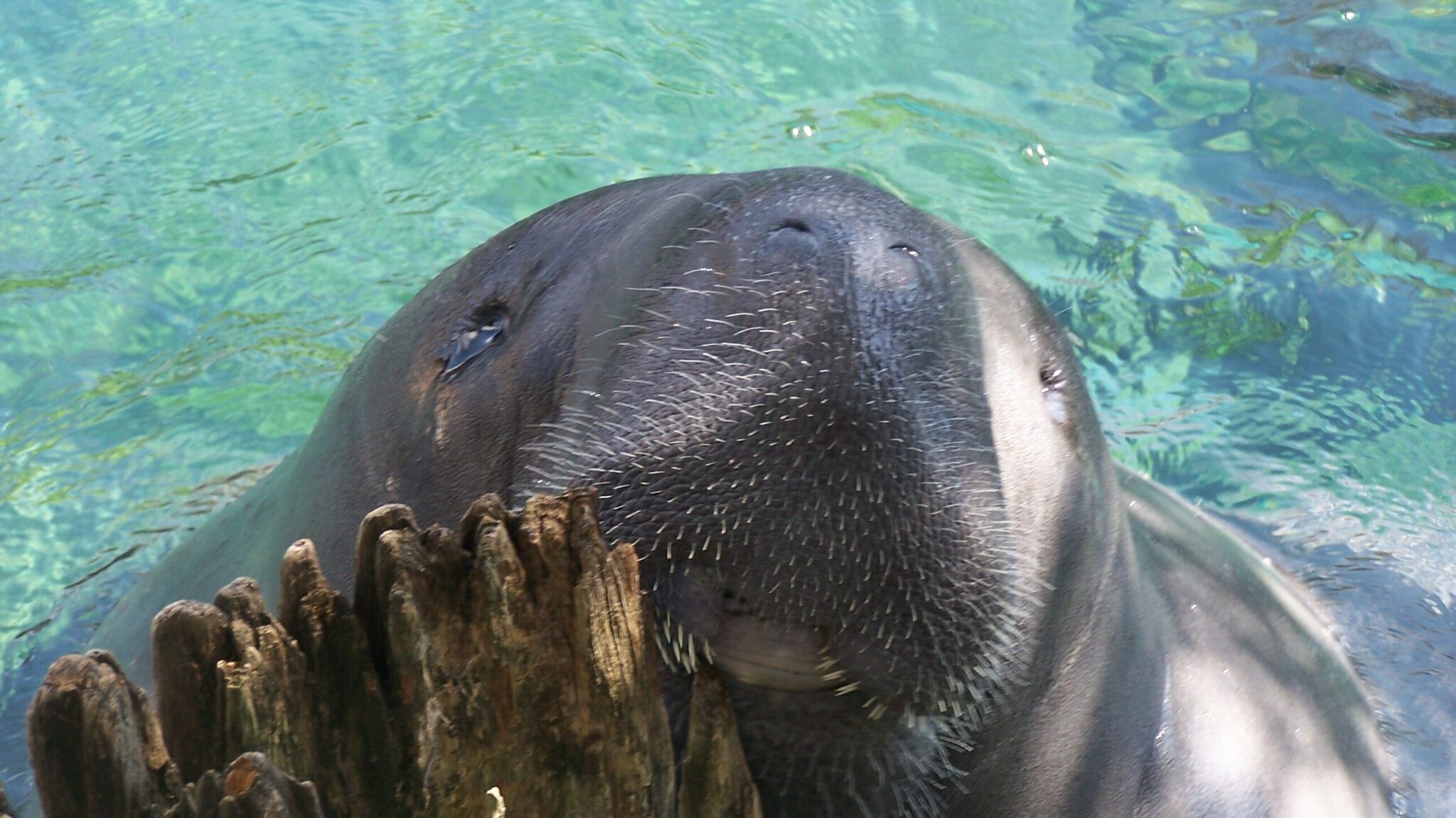 It has long been believed that the manatee is a solitary animal with a very simple communication system that primarily serves one purpose: to keep mom and a calf in contact. However, in recent years, these assumptions have been questioned, based on new research indicating that manatees may not be that solitary after all and that their communication system might be more complex than we previously realized.

Manatees clearly cannot compete with other marine mammals in terms of vocal complexity—such as dolphins, for example—yet we still know surprisingly little about their vocal repertoire and how extensive it is, what individual variations their calls might have, and what the actual functions of manatee calls are, aside from simply helping them to keep in contact with one another.

One part of the problem has been the difficulty of getting a large corpus of data from individual manatees, and another part has been the hurdles associated with observing manatees’ behavior in the wild, because manatees are often found in turbid waters with limited visibility. Any vocalizations observers might hear could be associated with behaviors they have difficulty observing.

The Manatee Chat project, run by Cetalingua Project (a small start-up), attempts to solve these problems by involving citizen scientists in analyzing a large corpus of data that has been collected over a period of several years. The Manatee Chat data was obtained as a part of my dissertation research at the Lowry Park Zoo Manatee Rehabilitation Center (now known as the Tampa Zoo in Lowry Park, Florida), and we plan to add more data from wild Florida manatees in the future.

We also have two more projects currently being developed, Dolphin Chat and Whale Chat. Additionally, we are building an advanced membership-based participatory platform for citizen scientists, where members can do more sophisticated data analysis and can rent our CetaKit and use CetaScript WebApp for data collection in the field.

The Manatee Chat bioacoustics project is run on one of the largest citizen science platforms called Zooniverse, and you can sign up to participate through our Manatee Chat project page on SciStarter.

The project was launched one year ago, and up to the present, 2,308 citizen scientists have done nearly 190,000 identifications. Our Manatee Chat team is currently working on Phase 1 of our project, in which citizen scientists try to identify whether a sound file contains manatee calls or chewing sounds (mastication).

Ultimately, this information will be used to train deep learning (deep learning is a subset of an artificial intelligence approach used to work with large quantities of data for pattern recognition, making predictions, decision-making, and more) models that will help to process large amounts of data in order to identify—and, later, to classify—manatee calls. Phase 2 will include the categorization of manatee calls, and Phase 3 will include trying to match calls to see if we can find individual calls from the same manatee that are repeated through the data corpus.

Our citizen scientists have already been finding a number of interesting manatee calls, some curious exchanges, and some “mystery” sounds that we cannot identify as of yet. Many are surprised how manatees sound almost like birds, because their calls are so high in frequency. It is hard to believe that a 13-foot-long animal weighing over 1,300 pounds can make such high-pitched squeaks. Why do they have such high frequency squeaks is a research question in and of itself, and is definitely something to study in the future.

We might also be able to answer whether there is an alarm call that manatees use, among other questions. Do they have their own signature calls like dolphins do? Can they recognize and remember calls from manatees that they met years ago? Are there behavior-specific calls or calls that could communicate emotional states?

Our project will have practical conservation implications. Since the end goal will be the development of an artificial intelligence model that can help to identify and classify manatee calls in real time, we might be able to track manatee movements based on passive acoustic listening.

The last year has been very hard for Florida manatees. In fact, 2018 was the second deadliest year for manatees on record. 804 manatees died due to red tide (toxic algae blooms), cold stress (manatees cannot handle cold weather well), and boat strikes (manatees are often hit and even killed by boats). And the beginning of 2019 has been no better, as in just 4 months, 248 manatees have already died.

We invite you to participate in the Manatee Chat project. Not only does this project have important scientific and conservation implications, but it’s also engaging and fun. Every sound file is unique, and it is very exciting and rewarding for a citizen scientist to find a manatee call, a “mystery” sound, or some seemingly complicated exchange between manatees. Your contribution will help us to better understand the mysteries of manatees’ lives in the form of their cognition, communication, biology, and ecology.

–Natalija Lace is a Principal Investigator and a founder of Cetalingua Project. Natalija holds a PhD in Experimental Psychology from the University of Southern Mississippi, and her primary research is in the area of marine mammal acoustic communication and behavior.