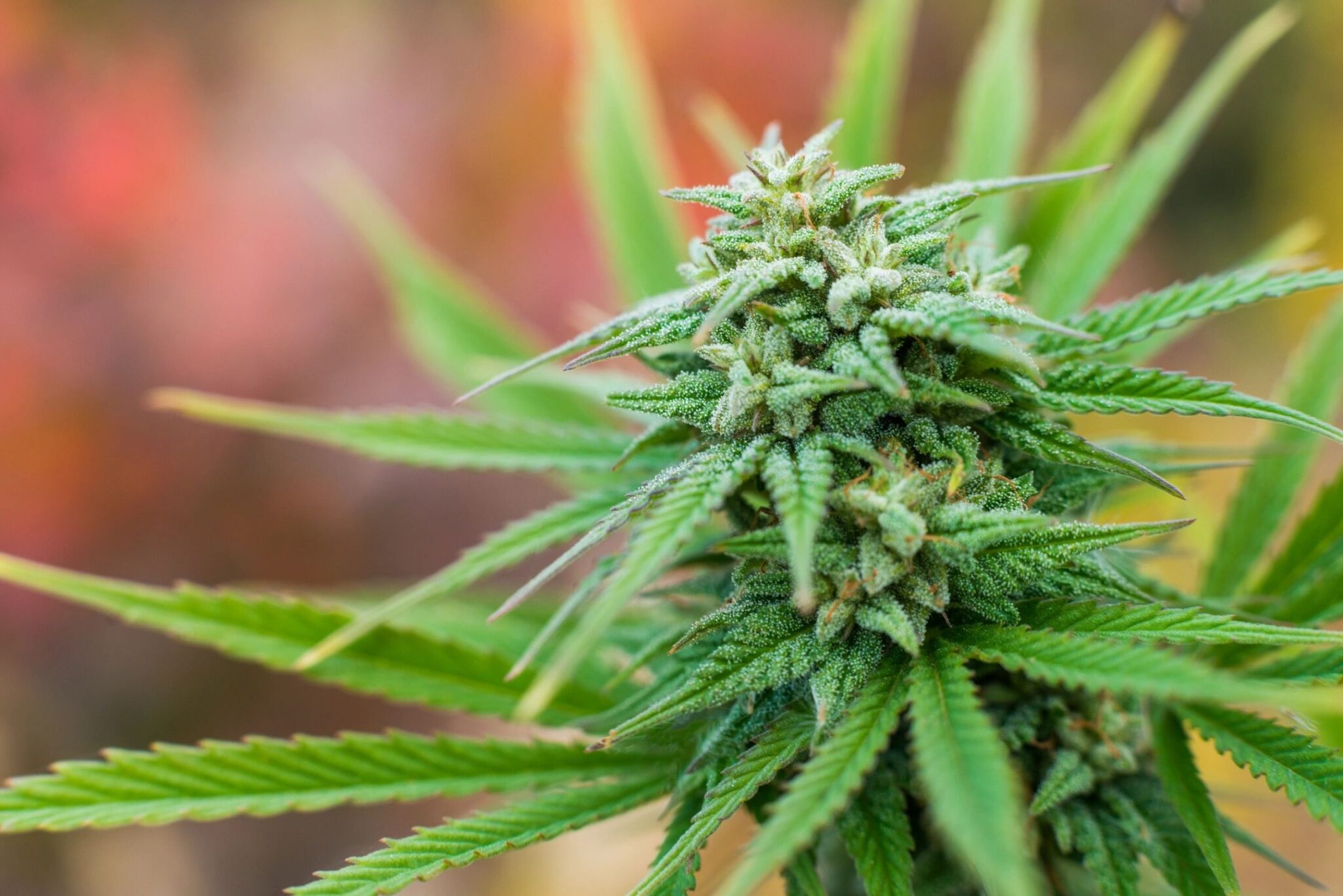 A new study suggests that a mutant nicotine receptor in the brain could make some people more susceptible to cannabis addiction.

In 2019 scientists discovered an association between the prevalence of cannabis addiction and a mutant nicotine receptor in the brain (Demontis, 2019). What does this mean for diagnostics or treatment? Maybe not a lot in the near future. But what does it mean for science?

The thing is, we know pretty well how cannabis works. The main psychoactive ingredient is THC, which itself can make people feel high and is known to interact with a dedicated system of receptors in the brain. So when this study found that cannabis addiction was linked to a mutant nicotine receptor, it made sense that the mutation was important for brain function—but why nicotine? Why not, say, a receptor that binds THC? At first glance, it’s a mystery, but the researchers propose an interesting idea.

To understand their explanation, you first have to understand dopamine. In the first half of the 20th century, dopamine played no role in the neuroscientist‘s imagination. It was little more than a who-cares precursor to the much more interesting fight-or-flight molecule, noradrenaline (or norepinephrine) (Marsden, 2006).

But then scientists developed a range of technologies to invasively study the living brain. Could scientists encourage certain behaviors by increasing dopamine? All the experiments seemed to work; tinkering with dopamine tinkered with reinforcement and reward. For example, dopamine-spiked animals would find themselves mindlessly pulling levers or preferring one room over another identical room. Today, according to many neuroscientists, reinforcement and addiction (whether to opiates, alcohol, gambling, or overeating) are strongly influenced by dopamine (Volkow, 2017).

In the case of THC, the researchers thought, maybe the connection to dopamine is less direct. Maybe there’s a stop along the way, perhaps the stimulation of a nicotine receptor that mediates the link. In fact, there was a study supporting this idea showing that THC can inhibit another neurotransmitter that works on the nicotine receptor in question (Nava, 2001).

So it all comes together with the story so far being that using cannabis impacts the function of nicotine receptors, which impacts dopamine.

A problematic explanation of Cannabis Addiction

But where does the mutation come into play? How can alternative forms of this receptor make some people more susceptible to addiction? This part leads to a paradox because the mutation doesn’t actually affect the receptor itself. Instead, it affects the amount of the receptor that’s produced. People with cannabis use disorder have the version of the gene that produces fewer copies.

For those with the mutation, who therefore have fewer nicotine receptors, we might then expect a reduced impact of THC on dopamine. If that were the case, we might then expect a reduced likelihood that THC would be addictive, which is the opposite of the narrative the researchers were going for. The lead author of the study declined to comment on this apparent contradiction.

The problems with this explanation aren’t strictly logical. Some experiments in rodents have shown that acute THC exposure doesn’t impact dopamine signaling at all (Castañeda, 1991). And an experiment in humans found that if THC does impact dopamine, the effect is minimal (Bossong, 2015). Given these issues, the explanation provided doesn’t seem to fully make a sense. To the study authors’ credit, they also have other ideas; for example, maybe there’s a previously underappreciated molecule in cannabis that’s directly interacting with the nicotine receptor. Or maybe it’s one of the hundred other superficially plausible mechanistic links connecting cannabis and dopamine via a nicotine receptor.

Why is this mutation important?

With medical and recreational cannabis legalization on the horizon in much of the United States, attitudes toward its use are becoming much more accepting. At the same time, four million Americans are diagnostically qualified for cannabis use disorder, a state of intense drug dependence that few would ask for.

The study clearly shows that people with this mutant nicotine receptor are about 30 percent more likely to develop an addiction to cannabis. It’s a finding that could perhaps argue for caution among those who are at an elevated risk. Or, a little farther down the road, it’s possible that this study will help point us toward treatments. We can already block nicotine receptors to help tobacco smokers quit (although a different receptor is involved). Might we be able to help people addicted to cannabis by targeting the same system?

—Andrew Neff completed his PhD in neuroscience. He currently lectures psychology at Rochester University and runs the blog Neuroscience from Underground. Find him on Twitter and Instagram.