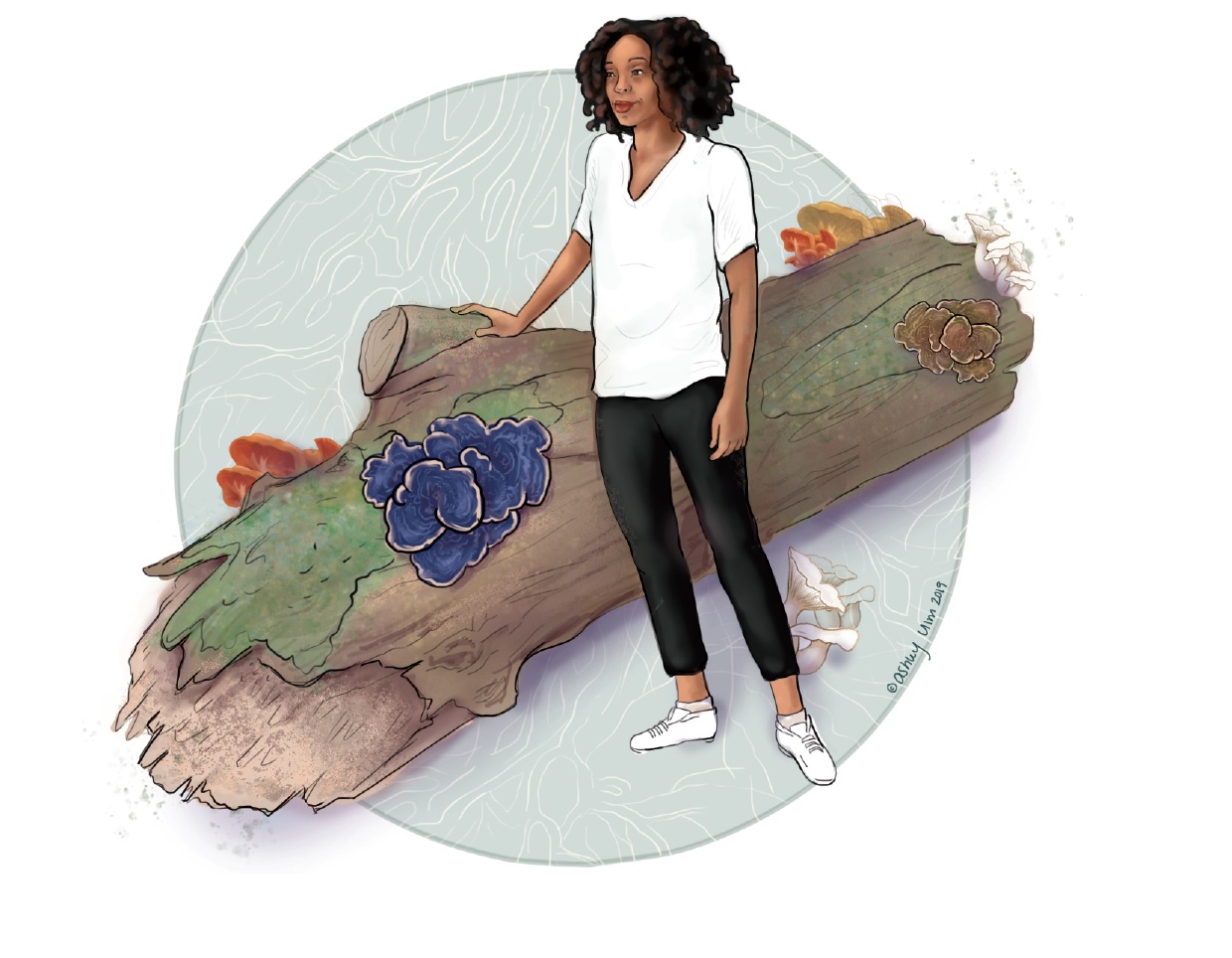 By Nicholas Dove (@nicholascdove), for The Biota Project

Microorganisms are everywhere on planet earth—on every surface, in the air, in the ground, and inside you. The good news is that many of these benefit you. Recent findings have shown that having a healthy gut microbiome (community of microorganisms) is important for proper digestion and even disease prevention (Penicillin is an antibacterial fungus that is used to treat many types of infections). Similarly, having a healthy soil microbiome is important to support plants and properly functioning ecosystems.

Soil microbes play a myriad of different roles in the ecosystem. For one, they transform dead plant material into soil organic matter, which is similar to compost. Like compost, soil organic matter has lots of beneficial properties that allow plants to grow including important nutrients. As Jorge Montiel, a graduate student in environmental microbiology at the University of California, Merced says, “Microbes are the invisible force that links the non-living world with the living world. Every major environmental process related with the acquisition of a given element, for example decomposition, microbial communities play a central role in braking every piece of complex organic matter into basic nutrients such as carbon, nitrogen, phosphorus, and so on!”

Fungi in the soil microbiome

Recognizing the importance of the soil microbiome, scientists have begun to experiment with “soil probiotics”, basically introducing useful microbes into the soil. However, “the term microbe is not restricted to bacteria…microbial communities can [include] fungi, algae, protozoa or archaea,” says Montiel. “I think I started to be interested [soil microbes] because I love mushrooms [and their importance to ecosystems and humans].” One important type of soil fungi are mycorrhizal fungi, which form a mutualistic symbiosis with most plants. In exchange for carbohydrates (energy) provided by the plants, fungi act as roots for the plant, increasing the uptake of important nutrients and water.

However, there are some fungi that are parasitic. They kill trees and use the nutrients for themselves to continue to grow. In fact, the largest organism in the world is a fungus (not quite “micro” anymore…). This humungous fungus lives in the Blue Mountains of eastern Oregon. It lives in the soil and is spread over 2.5 square miles, and it is expected to continue growing, which is bad news for the trees in this area. Already threatened by a changing climate, pines in this area will be further stressed by this fungus.

There’s still much to be known about microbes, says Montiel. “We know about 1% of their diversity…We still need to understand many aspects of microbial life.” Hopefully future science will help us continue to understand the role of soil microbes in supporting healthy ecosystems.

What can you do to support a healthy soil microbiome in your garden or yard? Adding dead plant material (microbe food) is one way. Also, minimizing fertilizer and pesticides are other ways to maintain a good environment for your soil microbiome.

What are you doing to support your soil health?

Featured image is by Ashley Ulm. Ashley earned her MS in Biomedical Illustration from the University of Illinois at Chicago. Now, she works with surgeons, scientists, hospitals, and other scientific institutions to create visually dynamic art that informs research and audiences with still and moving images. You can find Ashley on Twitter @ulm_ashley, Instagram @ashleymum, or on her website, https://www.ashleyulm.com.

—Nicholas Dove is currently a PhD candidate at the University of California, Merced where he studies soil microorganisms and their control over important ecosystem processes. He has been involved with the Biota Project since 2015, first as treasurer and currently as lead writer. When he is not in the lab or writing for the Biota Project, Nicholas enjoys skiing, hiking, and playing his guitar. This article was edited by Helen Cheng.