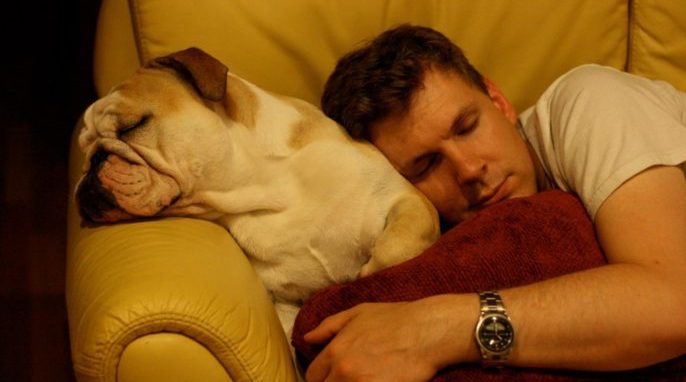 Sleepless nights? If you spend evenings in front of a screen, be sure to get plenty of sunlight, or your sleep may suffer.

If you’re like most people these days, you’re glued to a screen for a good portion of your waking life. I know I’m guilty: I’m on the computer all day for work, on my phone to fuel my Instagram addiction, and in front of the TV in the evenings for a hearty dose of Netflix.

Work, entertainment, and necessary services are all available on screens, which means our sleepless eyes spend a lot of time looking away from natural light. Some reports estimate that Americans over the age of 18 spend up to 11 hours per day looking at screens, including during the hours before bed. According to research conducted by a 2011 National Sleep Foundation survey, 96 percent of Americans under the age of 30 use screen-based technology immediately before bed.

Why does this matter? Well, numerous studies performed over the past several years point to a correlation between sleepless nights and the use of screen-based technology before bed. However, neuroscientists Christian Benedict and Frida Rångtell from Uppsala University noticed that experimental results on this issue have been mixed: while many studies have shown that tablet or computer use before sleep did indeed cause delayed sleep onset, shortened sleep cycles, or missing sleep stages, other studies did not produce any significant results.

Research suggests that the light emitted from screens, which typically favors the blue end of the spectrum, negatively affects sleep patterns. Blue light is believed to affect pineal gland function and suppress the production of melatonin, which is the essential hormone associated with sleep onset and the sleep cycle.

Benedict and Rångtell thus sought to test whether exposure to other types of light throughout the day could counteract the negative effects associated with direct blue light exposure. Their research, published in the journal Sleep Medicine, sheds light (pun intended) on how our daily habits impact our nightly routines.

RELATED: What do you think about when you sleep?

How Sleep Works: An Overview

Process S, also known as sleep-wake homeostasis, is a biochemical system in the body that helps us process sleepiness as a function of how long it’s been since we last had a decent amount of sleep. Process S is what causes us to sleep more or less based on how rested we feel.

Process C is better known as our circadian rhythm. This is our daily biological cycle that is regulated by internal and external stimuli, including light, darkness, hormones, and body temperature.

When we are exposed to ambient light, or light that is naturally found in our environments, our melatonin is suppressed. That is why we are not nocturnal and don’t typically sleep during the day. The shorter the wavelengths a source of light has, the more likely it is for that source to have a suppressive effect on our melatonin. This is why blue light, which is on the short end of the wavelength spectrum, can negatively influence our sleep patterns.

Using Books to Test the Effects of Light on Sleepless Nights

To test the effects of blue light exposure on sleep habits, Benedict and Rångtell conducted a sleep study on fourteen participants (eight male and six female). Each of the participants were determined to be more nocturnal than diurnal, so their normal sleep patterns would not have any effects on the study.

The study was conducted over the course of one week. Over the first evening of the sleep (or sleepless) study, half of the participants were instructed to read a novel on a tablet with an illuminated background. The other half were instructed to read the same novel in paperback form. This reading period was to last for two hours, after each participant was exposed to bright light (which mimicked the brightness of natural daylight) for 6.5 hours. For participants reading the paperback, only a small table lamp was permitted during the reading sessions; no lamp was given to tablet readers.

The researchers measured the saliva levels in each participant at half hour intervals during the reading periods. After the reading period ended, the participants were given an eight hour sleep period, during which their total sleep time, sleep latency (amount of time it took to fall asleep), latency of slow-wave sleep, stage-1 sleep, stage-2 sleep, and REM sleep were measured by EEG. Researchers also measured the subjective sleepiness of each participant using the Karolinska Sleepiness Scale (KSS) scale in the evening before bed and in the morning after awaking.

RELATED: Sleepless, Lying Awake in Your Hotel? This Might Be Why

Benedict and Rångell discovered that for both sets of participants, sleepiness levels and saliva melatonin levels increased as the evening progressed. There was no significant difference between the reported levels in participant groups.

The researchers determined that sleep was unaffected by tablet use at full brightness. This led them to ask why there was a discrepancy between this study and other studies that suggested artificial light (particularly that on the blue spectrum) negatively affects sleep.

Benedict and Rångell suspect that the main reason their study differs from others is that, in their experiment, participants were exposed to bright light before being asked to use the illuminated tablets. The researchers hypothesize that significant exposure to bright light (above 550 lux) may offset the negative effects of electronic light.

The duration and frequency of tablet use may also be a factor in the results of this study. In many other studies, participants were asked to use electronic light devices for longer periods of time or to repeat their usage on a daily basis. In this study, the duration of tablet usage was for only two hours and occurred only once.

From this point on, Benedict and Rångell would like to explore what role natural light plays in sleep regulation and whether a certain brightness is required for natural light to offset the negative effects of blue light. They also recognize the limitations of their study having only 14 participants and would be interested to see variations of the study recreated.

Using the information gleaned from this study and others, health care professionals can better advise users of technology, and technology innovators can improve the products that directly impact sleep hygiene.