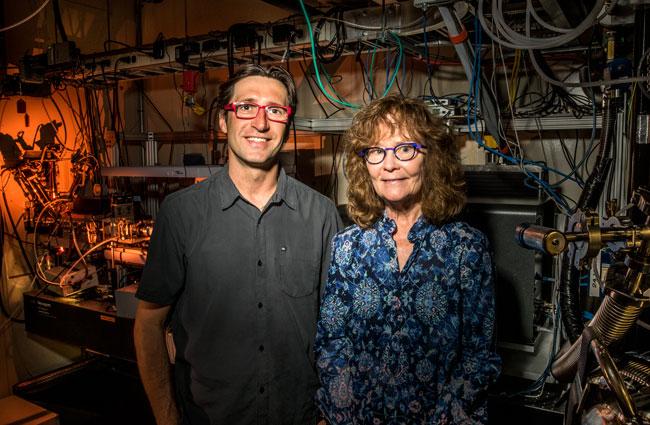 Bacteria, those mysterious, microscopic creatures living in, on, and around us, are very often our benign neighbors with whom we quietly cohabitate and occasionally exchange mutual support. However, as anyone who has ever gotten pneumonia or strep throat knows, bacteria are not always looking out for our best interests. Occasionally, bacteria become pathogenic and infect their hosts, and if we are their hosts, we get sick.

In a groundbreaking study published on July 29 in Science Access, researchers from Lawrence Berkeley National Laboratory uncovered the molecular mechanism that activates a bacterium’s pathogenic genes. The key, they found, was in the way DNA is packaged.

[tweetthis]Researchers uncover what causes bacteria to become pathogens. Can the discovery also work in reverse?[/tweetthis]

Hammel’s team paired up with Carolyn Larabell and other scientists at Berkeley’s Advanced Light Source to get a close look at the transformation process. They used two types of beamlines, which are large pieces of equipment that can direct accelerated light particles toward a target. The first combined X-ray crystallography and small angle X-ray scattering, which allowed the team to see atomic-level details of the interactions between protein and DNA; the second, which used X-ray tomography, revealed the natural contrasts between the organic materials.

By studying the E. coli up close, the research team determined that the interaction between the DNA and the HU proteins was triggering gene expressions that resulted in pathogenicity. Previously, many believed that topoisomerase, an enzyme directly associated with supercoiled DNA function, was responsible for bacterial pathogenicity.

Hammel noted that HU proteins act quickly and can trigger pathogenicity in almost an instant. “This makes sense as a survival mechanism for bacteria, which need to adapt quickly to different environments.”

Now that researchers have determined what causes bacteria to activate their pathogenicity, they will be considering whether it is possible to shut down pathogenicity using these same mechanisms. Hammel suggests that by following up on this study and answering the questions that are now being asked, scientists could create drugs to stifle pathogenesis of bacteria and other contagious microbes.