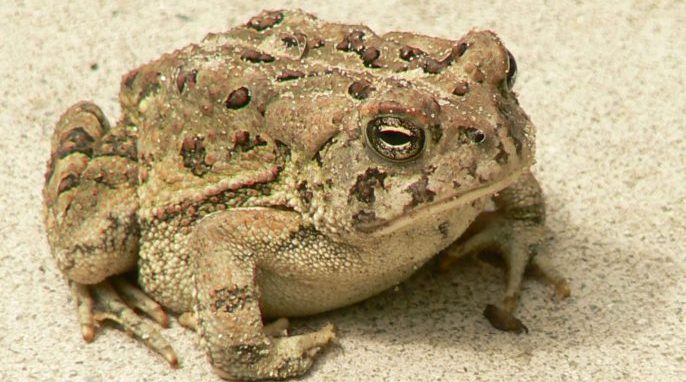 Have you ever wondered how animals are coping with warming temperatures? Our warming planet affects the migration, reproduction, and hibernation of animals that depend on the seasons to regulate these behaviors.  For example, new research finds that Fowler’s toads in Canada are emerging out of hibernation earlier each spring as the climate warms.

Even though David Green, a professor at McGill University, Canada, had been studying Fowler’s toads for the past 25 years, the discovery of the toads’ early emergence from hibernation was quite serendipitous. “I didn’t set out 25 years ago to do a study of climate change with regards to toads. I set out to investigate something quite different but began keeping records of when the toads came out along with all the other data I was gathering about the animal’s population biology,” he told GotScience.org. It turns out that the data proved “far more valuable and interesting” than Green would have imagined.

[tweetthis twitter_handles=”@lifesciexplore”]Fowler’s toads in Canada are emerging earlier from hibernation as the climate warms.[/tweetthis]

Toads are amphibians—cold-blooded animals—that can breathe through their skin. Fowler’s toads, found in the eastern United States and Canada, burrow almost a meter under the ground—under the frost line—to hibernate for eight months. Environmental cues such as temperature changes determine when the toads come out of hibernation. When the sand under them is colder than the sand above them, they begin to move upward and come out. They breed later than other frog and toad species, during the months of May and June. The timing of breeding is influenced by air temperature, the lunar cycle, and when they emerge after their hibernation. Previous studies of pond-breeding frogs and toads found that earlier breeding is a symptom of global warming.

Looking at the dates of emergence of adult male Fowler’s toads from sand dunes on the shores of Lake Erie, Green wondered if variables such as temperature, rainfall, snowfall, or lunar cycles over the winter and spring affect the resurfacing of the toads, and found that air temperature and rainfall does affect the behavior of the toads underground. When temperatures rise, the soil above the toads begins to thaw, and they can move upward. And when the soil is wet due to rain, it heats up more quickly, thereby speeding up the thawing process.

Green created predictive models to see if he could estimate the date of emergence of the hibernating toads and found that models taking into account weather conditions were able to predict the approximate dates the toads would emerge after hibernation. Green learned something else new: “The toads also respond to the phase of the moon, which I did not expect, and don’t particularly like to be active, in spring, when it’s raining, largely because when it’s raining at that time of year it’s usually also cold and windy.”

This video outlines the process of tracking toads.

Even though Green had 30 years of weather data, that was not long enough to spot any trends. However, when he looked at data as far back as 140 years ago, he discovered that the toads were emerging earlier from the ground by less than half a day per decade. During this time, the average air temperature and rainfall had increased. “It’s the climate that’s changing, and shifting the timing of events,” explains Green. The temperature of the sand above the toads has been getting warmer earlier.

Green’s model may help predict the adaptation of other animals to warming temperatures. “If the toads are responding in this way, then the other animals and plants in that ecosystem are likely responding too, in the same way,” says Green. By monitoring the underground temperature, we can investigate when other organisms wake up in spring and how climate change is affecting them.