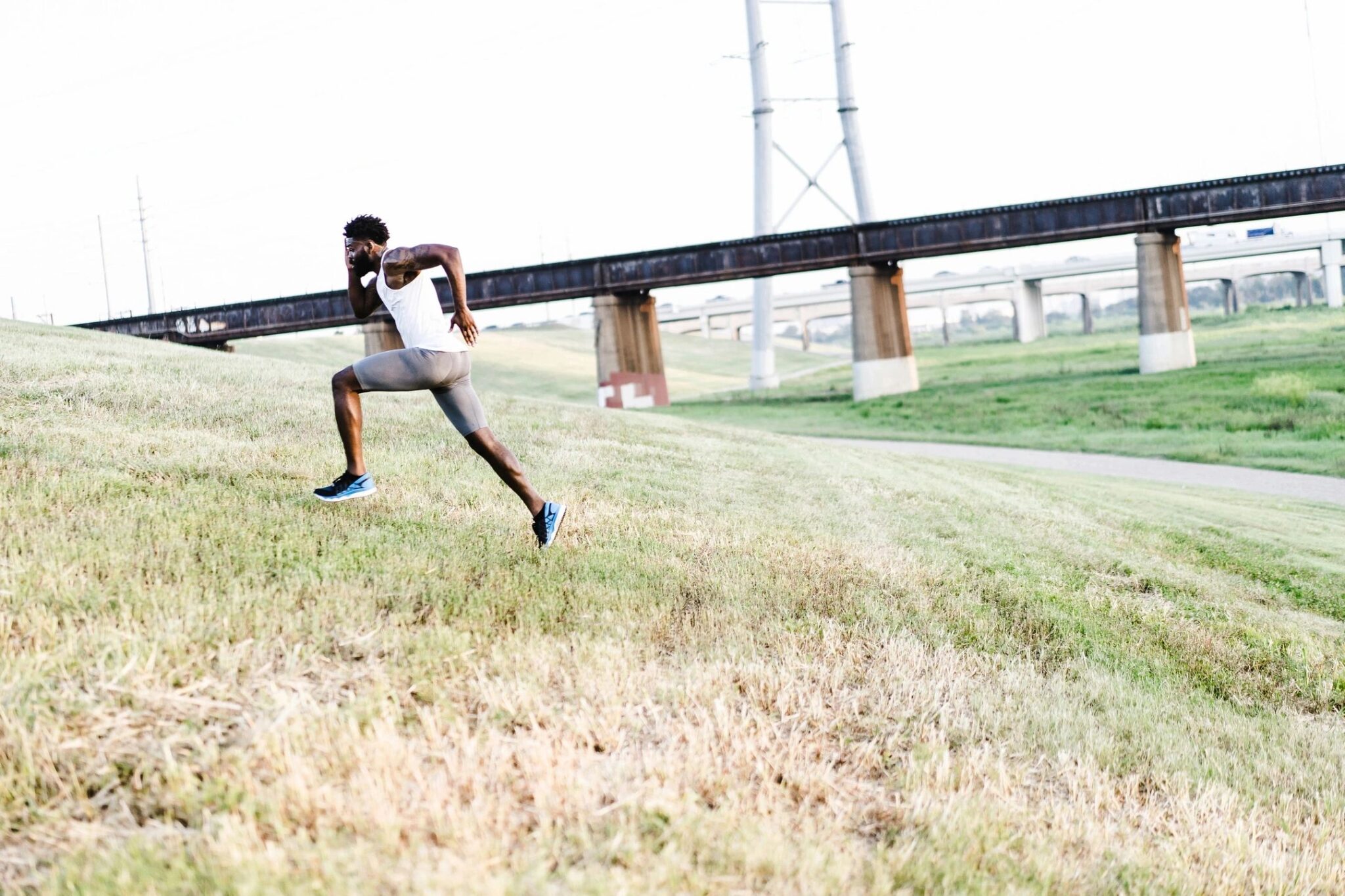 Technology may be able to sense health information like blood sugar levels anytime a user breaks a sweat, thanks to innovative engineering.

Like something out of a sci-fi movie, researchers have developed a new piece of wearable biotechnology that could help users get a leg up on their overall health, using chemical markers in their sweat. What’s even cooler? It’s wireless and doesn’t require a battery.

In the new study, researchers from The Ohio State University and the University of Wisconsin–Madison tested a necklace that could detect blood sugar, or glucose, during exercise. Made of ultra-thin, flexible material, the necklace is barely noticeable, presenting a potential alternative to the bulky, rigid, movement-constricting wearable technology many of us are familiar with today.

The necklace’s chain consists of copper wire (which is encased to avoid shocking the user) and its clasp contains a pair of electrodes that pick up glucose levels. The necklace runs on a resonant circuit, which uses reflections of radio waves to generate energy, versus the movement of electrons in a battery. While wearable tech, flexible electronics, biosensors, and resonant circuits are not new, the researchers assert that this study is the first to combine these elements of technology into one prototype.

They even tested the necklace’s effectiveness by having two participants ride indoor bikes for 30 minutes, and then stop to drink a sugary beverage during a 15-minute break. Then they cycled again, and researchers watched for the sensors to show elevated glucose levels, detected from the participants’ sweat.

Since the sensors were able to pick up blood sugar levels from even small amounts of sweat, the researchers are now wondering what other chemicals these devices could track.

Though sweat seems like an unfortunate byproduct of physical activity or hot weather, it’s actually a gold mine of health information, along with saliva, tears, and urine. If you know what to look for, these fluids can provide evidence of a wide range of conditions, from infections, to diseases, to emotional distress. As implants, the tech could report back even more information, like hormone changes and neurological activity that could allow us to better explore how the brain functions.

“Sweat actually contains hundreds of biomarkers that can reveal very important information about our health status,” says Dr. Jinghua Li, who led the study and is an assistant professor of materials science and engineering at Ohio State. “The next generation of biosensors will be so highly bio-intuitive and non-invasive that we’ll be able to detect key information contained in a person’s body fluids.”

The future of wearable technology

Li and her team hope not only to begin tracking other chemical markers besides glucose, but to include biosensory technology in other wearables, which would allow for a wider range of personal style and preference. These types of sensors could be seamlessly incorporated into earrings, rings, or other personal belongings, Li says.

Another benefit of this type of technology is the opportunity for individuals to monitor their health in a “personalized, precise, and preventative” way, according to the study. It’s no secret that medical care is expensive, so being able to submit evidence of a condition to a provider could help expedite treatment processes, reduce the costs of testing for the same data, and make healthcare more equitable.

It will be a while before devices like this are available for public purchase. There are still some kinks to iron out, like the fact that the sensors have to be re-calibrated before the start of each study, in order to accurately detect biochemicals based on the user’s current skin conditions. But Li and her team are hopeful that this technology could be widespread someday, providing early, relevant signs of medical conditions to better inform individuals and potentially save countless lives.