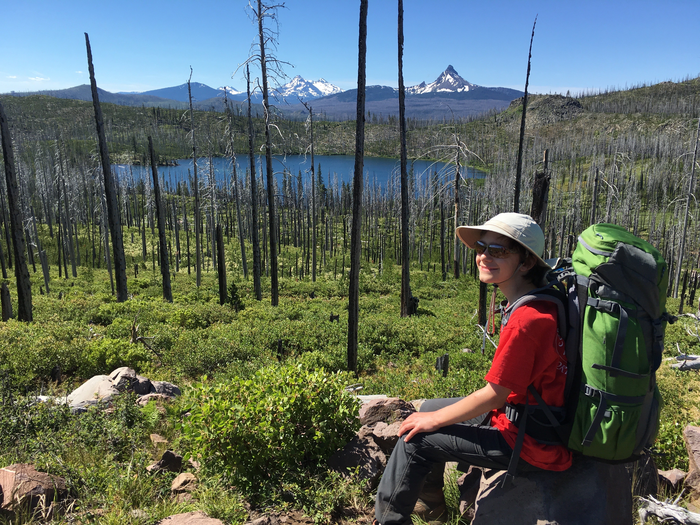 A substantial snowpack helps forests heal after fire season, but what can be done when each year brings higher temperatures, more wildfires, and less snow?

Each fall, fire season in the western U.S. dominates headlines. It’s no secret that fires are becoming more frequent and more severe, but while summer droughts have an impact on forest fires, what happens at the opposite end of the seasonal cycle is of increasing importance, according to new research from universities in Nevada and Oregon.

This NASA-supported study examines how snow helps forests heal after a fire. It analyzes a 260,000 square-mile swath of the Columbia River Basin, including the Cascade Range and part of the Rocky Mountains.

The area is ecologically significant, since it’s home to more than 700 species and is the largest watershed in the Pacific Northwest. It also supplies drinking water for millions of people across seven states, meaning environmental changes here could have huge impacts on humans.

However, these changes are already happening: According to the study, the area in question has seen nearly 900 fires in the last 11 years.

To better understand how to help Pacific Northwest forests regenerate after wildfires, the researchers — Andrew Wilson and Kevin Bladon from Oregon State University and Anne Nolin from the University of Nevada, Reno — analyzed vegetation before and after two dozen severe wildfires over a 10-year span. During roughly this same time frame, from 2000 to 2012, more than 80% of wildfires in the western U.S. burned in areas with seasonal snowfall, making the study even more relevant.

Though summer precipitation is consistently considered the most important factor determining how well a forest “bounces back” from a fire, winter snowfall — alongside pre-fire tree species and site elevation — is also becoming a vital piece of the puzzle.

However, climate change is minimizing the amount of seasonal snow accumulation each winter, especially in the Pacific Northwest. This leads to lower levels and earlier rates of spring snowmelt, which means the water supply dries up earlier in the summer — leaving forests drought-stressed and vulnerable when fire season comes around.

Not only does this boost the risk for severe fires, but it harms the recovery process after the last ember dies out. In places that have less and less snowpack, the researchers predict that forested areas could eventually become non-forested, or that a conifer ecosystem will shift to one with deciduous trees instead.

Alongside these shifts, wildfire season length in the western U.S. continues to grow. In the mid-1970s, fire season was a mere 23 days per year. In the early 2000s, it took up 116 days of the year. And in recent decades, it’s become more than three weeks longer than that, according to the study.

The road to recovery

The researchers found that the impact of snowpack was greatest at low to moderate elevations in the Cascades in Washington and Oregon, as well as the Rocky Mountains in Montana. They predict that snowpack will become even more important to ecosystems recovering from a fire, given climate change projections.

But there is a bright side to the changing nature of wildfire, at least according to Bladon.

He believes wildfire is an opportunity — not necessarily for an ecosystem to return to what it once was, but for it to adapt to a changing climate so it can be better prepared for these new realities: warmer winters, more droughts, and longer fire seasons.

“For example, depending on the sub-region and species composition, reseeding efforts following low snow winters might employ more drought-tolerant species,” Nolin says, “or replanting could be delayed one to two years until snowmelt and soil moisture conditions are more favorable for seedling propagation.”

This research can help form more effective post-fire recovery plans, which work alongside a given forest’s adaptation to climate change. Since flora and fauna across the planet are already responding to shifts in temperature and weather patterns, the researchers believe it’s important to meet forests where they are and incorporate new circumstances into the ecological futures of these critical landscapes.

This study was published in the peer-reviewed journal JGR Biogeosciences.

Featured photo: Revegetation in the Oregon Cascades after the 90,000-acre B&B Complex Fires that burned in August and September of 2003 around Three-Fingered Jack peak. (Photo courtesy of University of Nevada, Reno)