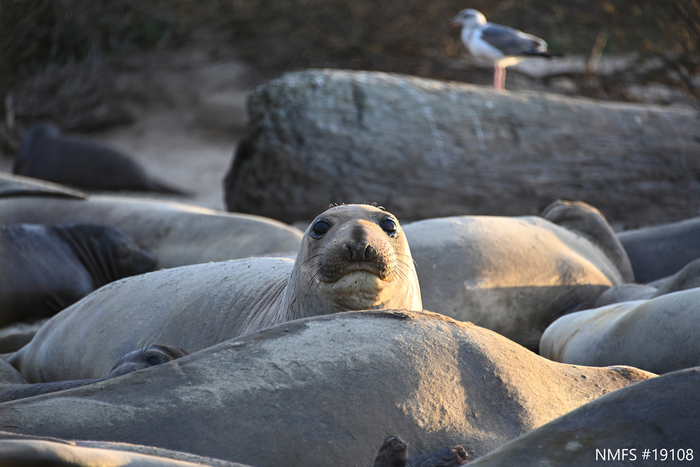 Why is the biological impact of human activities greater for some marine life populations than others? Scientists investigate.

Human activities have adversely impacted marine life, causing significant biological impacts on the ecosystem and on animal life in the ocean. Assessing the effects of human activity on wildlife is necessary for wildlife conservation and management. Scientists have developed a quantitative model to assess the impact of biological factors on the extent of disturbance on marine animal populations due to human activity. This model can assist with marine wildlife conservation efforts.

The Population Consequences of Disturbance (PCoD)

The National Research Council published a report in 2005 that led to the development of the Population Consequences of Disturbance (PCoD) framework. Importantly, the PCoD framework provides quantitative (number and measurement based) models that can help wildlife conservationists better understand which human activities have the biggest impact on marine life. Researchers at University of California, Santa Cruz released a new study assessing PCoD models.

Assessing how short-term responses to human activity in an animal population leads to long-term biological impacts on animal populations is challenging for scientists. For instance, the impact of human activity on one individual organism in a population (the short-term impact) can affect the entire population of organisms. However, the resulting biological impact on the interactions between an entire group of animals (a long-term impact) is difficult to access.

To assess the link between short-term and long-term biological impact on marine life, the PCoD model provides information on acute and chronic impacts of human activity on a population. Acute impacts directly affect an individual organism. Human activity that increases the risk of death of an individual organism, such as fishing with equipment that causes death due to entanglement, is considered activity that has an acute impact. Chronic impact results from recurring activities that affect individual organisms over a prolonged period of time, such as whale watching. These activities have a significant biological impact on lifetime reproductive output.

PCoD models can predict the possible consequences of a range of disturbances on marine mammal populations (a group of animals living in one location) due to human activity. Hence, these models can help wildlife managers and practitioners make conservation decisions by identifying the populations most vulnerable to disturbance by a particular human activity. PCoD models can also help industries understand what activities are having the most adverse biological impact on marine animal populations and can therefore serve as a guide for changes in industrial practices.

Different models of PCoD have been developed for different species and types of disturbances. When developing a model of PCoD, it is also important to note the characteristics of the disturbance caused by human activity, including its location, duration, and frequency. This way, scientists can gauge how severe the disturbance on an animal population needs to be in order to have significant biological impact.

PCoD models give insight on the influence of traits such as reproductive strategies, movement patterns, body size, and pace of life on how much a particular species is impacted by human disturbances. For example, California sea lions are more heavily impacted by human activity compared to northern elephant seals due to differences in breeding behavior between the two species of marine animal. Elephant seals occupy a broad area while nursing pups. On the other hand, the California sea lion only stays in one place when nursing sea lion pups. Therefore, if there is a disturbance in a specific location, the California sea lion pup is more likely to be adversely affected if this location is its nursing ground. For example, if human activity were to deplete resources in the area in which the California sea lion nurses its pups, the sea lion has no other areas in which it can go to find resources such as food and shelter. Therefore, the sea lion will be highly impacted by disturbances in the habitat used for nursing. The elephant seal, however, has a larger area in which it forages for food for its offspring. Therefore, an upheaval of one area of its habitat will not be as harmful to developing seal pups. Different considerations would apply when considering the reproductive rates of different species. Species that have a higher reproductive rate (such as the harbor porpoise) will be less impacted by threats to the number of offspring produced than a species that is slow to mature and reproduce (such as large whales species). Environmental conditions such as climate change can also affect a population’s reaction to disturbances due to human activity. For example, global warming may contribute to the lowering of the population of marine animals that normally thrive only in very cold weather. This would worsen the impact of human activity on marine life.

The PCoD model provides scientists with a quantitative method of assessing the acute and chronic impact of human activity on a population of marine organisms. Although this model was developed to assess marine life, it can also be applied to any population of vertebrates (animals with a backbone). Overall, the PCoD framework model may lead to more successful conservation efforts.

This study was published in the peer-reviewed journal Proceedings of the Royal Society B: Biological Sciences.

Crystal Wang teaches chemistry online. She earned her bachelor’s degree in biochemistry from Binghamton University and enjoys blogging about science. Her latest project is The Buzz, a blog about insects and entomology. Connect with Crystal on Facebook.