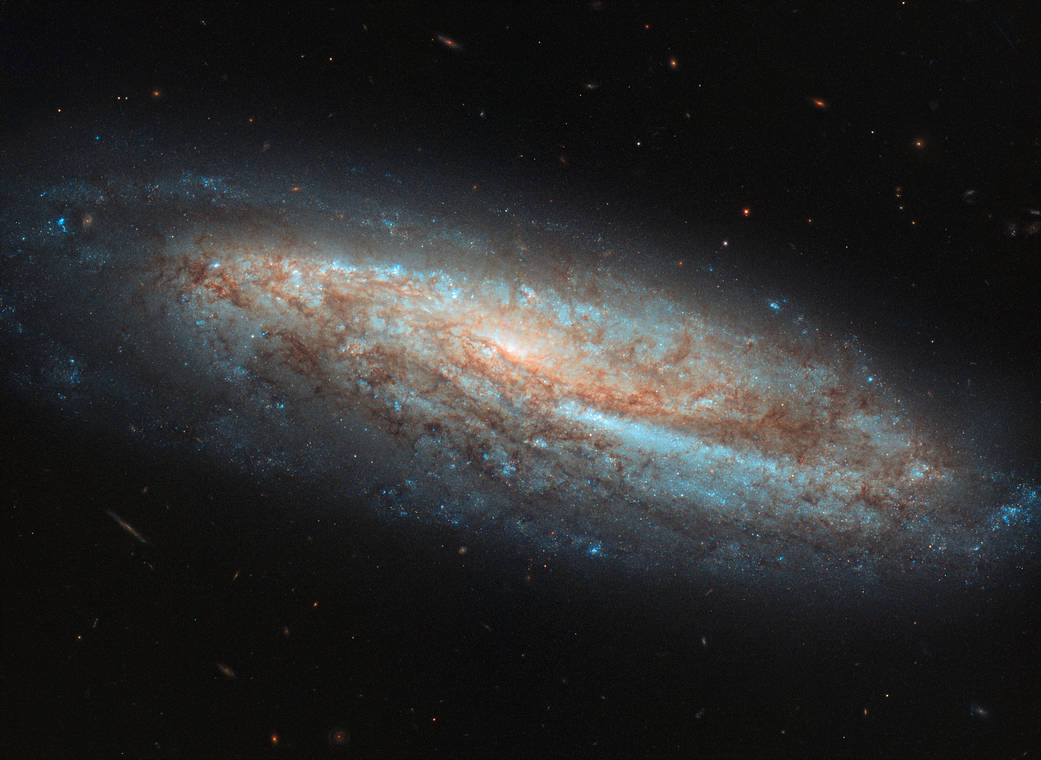 Astronomy and Astrophysics There Be Dragons Everywhere

Steven Spence, Part Two of Baking an Apple Pie from Scratch (figuratively). Let’s consider the early universe and the elements forged in the hearts of stars.

In the preceding post, we examined the very beginnings of our universe. We saw how primordial nucleosynthesis created a universe consisting primarily of Hydrogen [H] and Helium [He] with traces of Lithium[Li], Beryllium [Be], and Boron [B]. These are the first five elements on the periodic table. Where did Billy Joel’s “Iron and coke, and chromium steel” (Allentown) come from? I could tell you, but there’s a real mystery involved, which I can’t answer for you just as I can’t answer with conviction what existed before the first fractions of a second in the Big Bang Theory (Georges Lemaître).

“Everything starts somewhere, although many physicists disagree.”

Gravity may seem to be well understood. In a Newtonian sense, we can mathematically describe the effects gravity has on objects. We use our intuitive and mathematical understanding of gravity every day to shoot a basket, hit a curveball, build bridges, or send rockets into orbit. In Einstein’s Theory of General Relativity, gravity can be envisioned as a distortion of space-time through mass. I will ask you to remain content with this level of explanation because I am not aware of an adequate explanation of gravity at a more fundamental level.

“Gravity is a habit that is hard to shake off.”

When we left the early universe in Part 1, we had loose atoms of the first five elements (and their isotopes) scattered throughout space. Let us work with gravity as our fundamental “force”(1), leading to the formation of stars. If the initial matter were uniformly distributed, then the attraction of these atoms should have canceled out. However, we have evidence for stars, galaxies, and planets forming; therefore, we can conclude that the Big Bang did not result in a uniform distribution. There was some level of clumpiness(2) involved in the distribution of matter. The uneven distribution of matter distorted space-time resulting in atoms moving towards areas of higher density.

As these early clumps gobbled up more and more matter, they became ever larger and denser. Some of these clumps of matter attracted enough atoms to build incredible internal pressures and densities. Eventually, the pressure became so high that the nuclear fusion ignited in the heart of these first stars.

–Douglas Adams, Life, the Universe and Everything

Fusion and E=mc²: the Short Version

The energy liberated in nuclear fusion provides an outward force to counteract the gravitational attraction towards the center of a star. In a separate post (to be written), we will look at different types of stars and how their life cycles differ. (3)

For the purposes of this post, we will start with the simplest type of Hydrogen fusion: the proton-proton chain (p-p chain) reaction. NB: Hydrogen consists of a single proton. For stars less than 1.3x the mass of our sun, this is the dominant form of fusion.  In the sun, the p-p chain accounts for 99% of the energy. The other 1% comes from the Carbon-Nitrogen-Oxygen (CNO) cycle.

Without going through physics equations better presented in textbooks, we can simplify the basics of the p-p chain to 4 [H] atoms fusing. Nuclear forces determine that other particles are emitted, leaving one atom of Helium-4 [He] plus energy equivalent to the mass loss (0.7% of the original four protons). When Deuterium (an isotope of Hydrogen with a proton and a neutron), Helium-3 or Lithium, or Beryllium are already available, they accelerate the p-p chain.

There are three main branches in the p-p cycle. P-P Branch 1 accounts for 83% of Helium-4 production (the main fusion product).  P-P Branch 2 produces approximately 16.7% of He-4, with the remainder in P-P Branch 3.

If this is an acceptable summary for you, please skip the following P-P Branch 1 Section.

The five steps in the main branch of the p-p cycle are:

Proton-proton collisions require enough kinetic (motion) energy to overcome the protons’ inherent electromagnetic repulsion. In our sun, the two protons usually separate without fusing. The conversion of a proton into a neutron in Step 1 of the P-P Branch 1 Chain is rare, which means the sun uses its available Hydrogen slowly. The best estimates are that the sun has approximately another 5 Billion years before it exhausts its nuclear fusion processes.

One Reaction’s Ash is Another’s Fuel

When a star has consumed Hydrogen, it produces Helium as an “ash”. When the temperatures and pressures inside the star are high enough, Helium begins to fuse. More massive stars can fuse Helium into Beryllium [Be] and Carbon [C].

A simple visualization is to imagine stars as spheres where fusion begins in the core. As Hydrogen fuses into Helium, the interior becomes Helium, while Hydrogen fusion continues in a shell around the core. Eventually, the center becomes ash from Helium fusion and so on. You might think these processes can continue indefinitely; however, two factors limit them:

MORE ABOUT HEAVY ELEMENTS: Elements, Heavy Metal, and the Death of Stars

MORE ABOUT HOW ELEMENTS ARE FORMED: Forged in the Hearts of Stars

We can explain the synthesis of elements to sustain organic life (Carbon, Nitrogen, Oxygen, Hydrogen). We can also explain the origin of elements in chromium steel. But there’s a problem: these materials are inside a star. How did they get out?

Another obvious question: if fusion is self-sustaining only up to Iron (Element 26, i.e., 26 protons + X neutrons), how are heavier elements like Silver, Gold, Lead, Mercury, Tungsten, Uranium, etc. created?

Here is a hint: it takes extraordinary, solar system-ending catastrophes to distribute the elements in both cases. Part Three will be the equivalent of Michael Bay pyrotechnics mixed with Marvel battles and judiciously blended with Death Star explosions. We will throw in enough J.J. Abrams lens flaring to blind you. Get some popcorn and solar eclipse glasses. You will not want to miss it.

Featured image: The galaxy depicted in this image taken by the NASA/ESA Hubble Space Telescope is a barred spiral known as NGC 7541, in the constellation of Pisces (the Fishes). NGC 7541 is actually observed to have a higher-than-usual star formation rate, adding weight to the theory that spiral bars act as stellar nurseries, corralling and funneling inward the material and fuel needed to create and nurture new baby stars. Courtesy of ESA/Hubble & NASA, A. Riess et al.