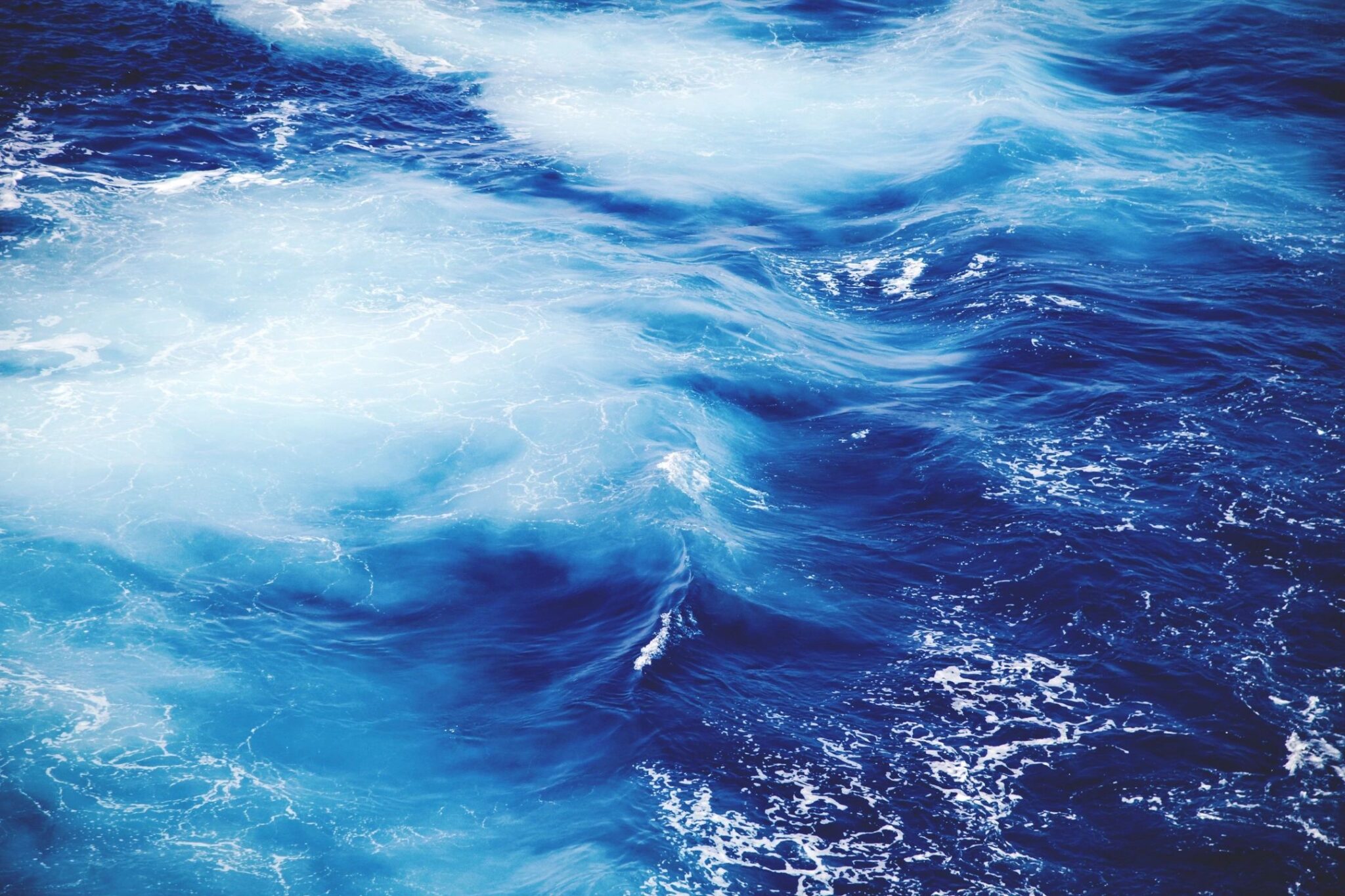 Researchers track the origins of water across the world, and how it varies over time and place, by analyzing its hydrogen and oxygen isotopes.

by Nicholas Dove and Alyssa Abbey

Did you ever wonder where your water is coming from? For many of us, drinking a glass of water is as easy as turning on the tap. But, the journey of water from a single raindrop to your drinking glass starts long before then. Water can actually travel hundreds of miles or take hundreds of years before it finally reaches you. During this hot summer month of July, The Biota Project is exploring the origins of one of Earth’s most precious resources: water. We often take it for granted, but life on this planet would not exist without water. So where does it all come from?

The two main sources of drinking water are surface water and groundwater. Surface water sources supplied by watersheds include lakes, rivers, and wetlands. While many surface waters supply local communities, sometimes this water travels much further. Throughout arid western North America, water is deposited as snow in the mountains and the snowmelt travels along rivers or aqueducts (man-made bridges or canals used to transport water by gravity) until it reaches the city.

The water cycle in action

A great example of a surface water source is the Colorado River which begins in the Rocky Mountains, a major mountain range in the western United States. Water from the melting snow travels some 1,500 miles; the last 240 miles comprise the Colorado River Aqueduct which feeds the cities of Southern California. Unfortunately, diverting surface water for public consumption can have many negative environmental and humanitarian consequences. The Colorado River is now only a trickle when it reaches the Sea of Cortez in Northern Mexico.  As more and more people rely on the Colorado River for drinking water and irrigation, often those with the most to lose retain the least amount of rights to this life source.

Groundwater, on the other hand, generally serves more local communities. However, these aquifers (water in the pores within soil and rocks in the ground that is pumped for consumption) aren’t always replenished by rainwater infiltrating into the ground at the same rate that they are being depleted. A prime example are the aquifers of Libya in Northern Africa located beneath the Sahara Desert and which contain water that is over 75,000 years old. These old aquifers are not being replenished and so the water contained within is known as fossil water. Like fossil fuels, fossil water is in danger of being completely exhausted. Even if the aquifer isn’t completely dry, when the water gets drawn and is near depletion, this increases its risk of contamination with “contaminant here.” This is a pressing issue for many communities in the Central Valley of California. The deadly element arsenic is already present in many of the Central Valley’s aquifers, but is normally locked away in clay deposits. However, when these aquifers are depleted, the water pressure is reduced, and the arsenic leaks into the aquifers, making the water highly toxic.

Across the globe, water quantity and quality is always a crucial topic of inquiry, especially as human populations increase and develop. However, there are still unknown mysteries when it comes to water. In some cases, we don’t even know how our water flows through the environment.

Researchers at the University of Michigan are in the process of collecting and analyzing modern waters from all over the world to determine information about how the chemistry of the water varies. Specifically, they are measuring oxygen and hydrogen isotopes in waters from different latitudes, sources, elevations, and ecological environments to understand how much water isotopes vary throughout the world. With this type of information hydrologists, climatologists, and paleoclimate scientists can explore how water has moved and environments have changed in the past and all throughout Earth’s history.

Measuring isotopes is something scientists have been doing for decades. Isotopes are different versions of a chemical element—the elements on the periodic table. Each chemical element is made up of protons, neutrons and electrons. The number of protons defines each element, for example oxygen has 8 protons and carbon has 6 protons. The number of neutrons can change so, for instance oxygen can have 8, 9, or even 10 neutrons. By adding up the number of protons and neutrons we can identify the different isotopes for each element. Oxygen has three isotopes: 16O (8 protons and 8 neutrons), 17O (8 protons and 9 neutrons), and 18O (8 protons and 10 neutrons). Essentially, the isotopes with more neutrons are heavier than the ones with less neutrons. On Earth the lighter isotopes are much more common than the heavier isotopes. For instance, of all the Oxygen on Earth 99.76% is 16O, 0.2% is 18O, and only 0.04% is 17O.

“In the past, we didn’t pay attention to 17O because there was so little of it and it was hard to measure, but now we can,” says Phoebe Aron, a graduate student at the University of Michigan leading the project to map water isotopes from all over the world. With increasing technology and measuring equipment scientists have begun measuring 17O and are finding that it is a useful indicator of aridity and environmental change. Essentially, scientists can use the amount of one isotope relative to another isotope to answer questions about the source of the water and how far the water moved from that source. Basically, if water evaporates from the ocean or a lake it is ‘easier’ to evaporate the light isotopes from the source so the vapor will be isotopically lighter than the source. Then, when water condenses and rains it is ‘easier’ for the heavier water to fall out, so over time, the cloud mass moving from the ocean onto land or from a valley up to the top of a mountain range, becomes progressively lighter containing less water with 18O in it.

Because water is made of both hydrogen and oxygen, the U of M research group, Isotopologue Paleosciences Laboratory (IsoPaleoLab) run by Dr. Naomi Levin and Dr. Ben Passey, is measuring the three oxygen isotopes as well as the two hydrogen isotopes: 1H and 2H (also called Deuterium or D). By focusing on both oxygen and hydrogen isotopes the scientists can trace a water source and ask questions like: did the water come from the ocean transported to land via rainfall during a storm or from lakes and rivers on land? Also, by measuring more than one isotope of the same element such as D/H and/or 18O/17O/16O researchers can detect changes in evaporation and determine how humid or dry the past environment was. Furthermore, water can give information about its travel history, isotope differences in tap water for instance, can reveal if the water is from snow that melted at the top of a mountain that same year or if it is sourced from a reservoir in a valley where the water has been sitting for years.

This water isotope research project, fondly called the #17Owatermap project, began one year ago with a call out to friends and colleagues to help collect water throughout their summer travels. The participation was astounding. By the end of the summer they had amassed over 500 water samples collected by more than 60 people in 27 different countries!

Did you know that smartphone touchscreens can now detect contaminants in water samples?

Participation from citizen scientists all over the world is ongoing and preliminary results from isotope analyses have been key to developing other projects in specific locations. One area of focus is along the east coast of North America where water isotope values vary much more than expected and can potentially provide insights into water use and human impacts on water isotope differences. A second area of interest is in east Africa where tracking water changes through time can give information about human evolution and the past climates and environments early humans lived in. The third area of interest is in Peru where water can be collected from the Amazon Rainforest to the Atacama Desert, spanning a wide range of elevations and ecosystems at the same latitude.

In fact, Phoebe and another graduate student, Sarah Katz, in the IsoPaleoLab group recently returned from a field season working in Peru to collect more waters and install rain collection systems to be monitored and sampled by the locals to help learn more about seasonal and spatial variability in water isotopes. “Peru is a really great place to study hydrology and climate because you can go from one of the wettest places on Earth (the Amazon) to one of the driest (the Atacama),” says Phoebe who spent three weeks travelling to several villages and communities throughout Peru to help set up semi-permanent water collection stations.

These stations are simple and easy to construct, consisting of a collection bucket, funnel, oil to prevent water from evaporating out of the bucket, and an extraction device. In Phoebe’s original design the water from the bucket was extracted using a long syringe needle to get through the oil to the collected water, but it turns out long syringes are difficult to find in large quantity and she found that turkey basters from kitchen supply stores work perfectly for the job! Such a setup is so simple that anyone can collect and sample water this way. Phoebe, who is expected to finish her PhD in 2020, now has a whole team of Peruvians who sample from their water collection station every two weeks and send her a vial of the water to analyze for oxygen and hydrogen isotopes.

Another interesting aspect of the Peru project is that the group is not only collecting and analyzing waters but also other materials that incorporate water signatures. For example, any animals that drink water or eat plants that take up the local water will preserve the water signature in their teeth or eggshells. During this recent field season Phoebe also collected eggs from hens in the villages they passed through. “From the same place, I’d get an egg that was blue and an egg that was pink with brown speckles,” says Phoebe, “they were from the same person so obviously there is quite a bit of difference even among hens from the same place.”

To date, 1038 samples have been collected from numerous water sources including: river, spring, creek, canal, pond, lake, rain, ground, ocean, marsh, swamp, and tap waters. 104 different people have contributed to this collection from 6 continents (North America, South America, Europe, Africa, Oceania, Asia), all 50 states in the US, and 38 different countries. Phoebe, who also enjoys running, biking, woodworking, and jigsaw puzzles, is dedicated to measuring isotopes from any and all the water she receives and so far, has conducted over 800 18O, 16O, D and H analyses, and 29 17O measurements. Analyzing for 17O is a time intensive hands-on processes whereas the other isotope measurements are done quickly on an automatic machine, so the plan is to analyze every water sample for 18O, 16O, D and H, and then pick a small subset (~100) of those to use for 17O analysis.

This is an ongoing project with the goal of making a database of oxygen and hydrogen isotopes of modern waters. As waters are collected, they are added to a publicly available map, which shows sample locations and any comments about the sample. If you are interested in helping this project, or curious about the isotopic composition of the water in your neighborhood or places you plan to visit this year, consider becoming a citizen scientist and contact Phoebe Aron. She will send you a sampling kit with water collection vials, instructions, and pre-paid shipping labels!