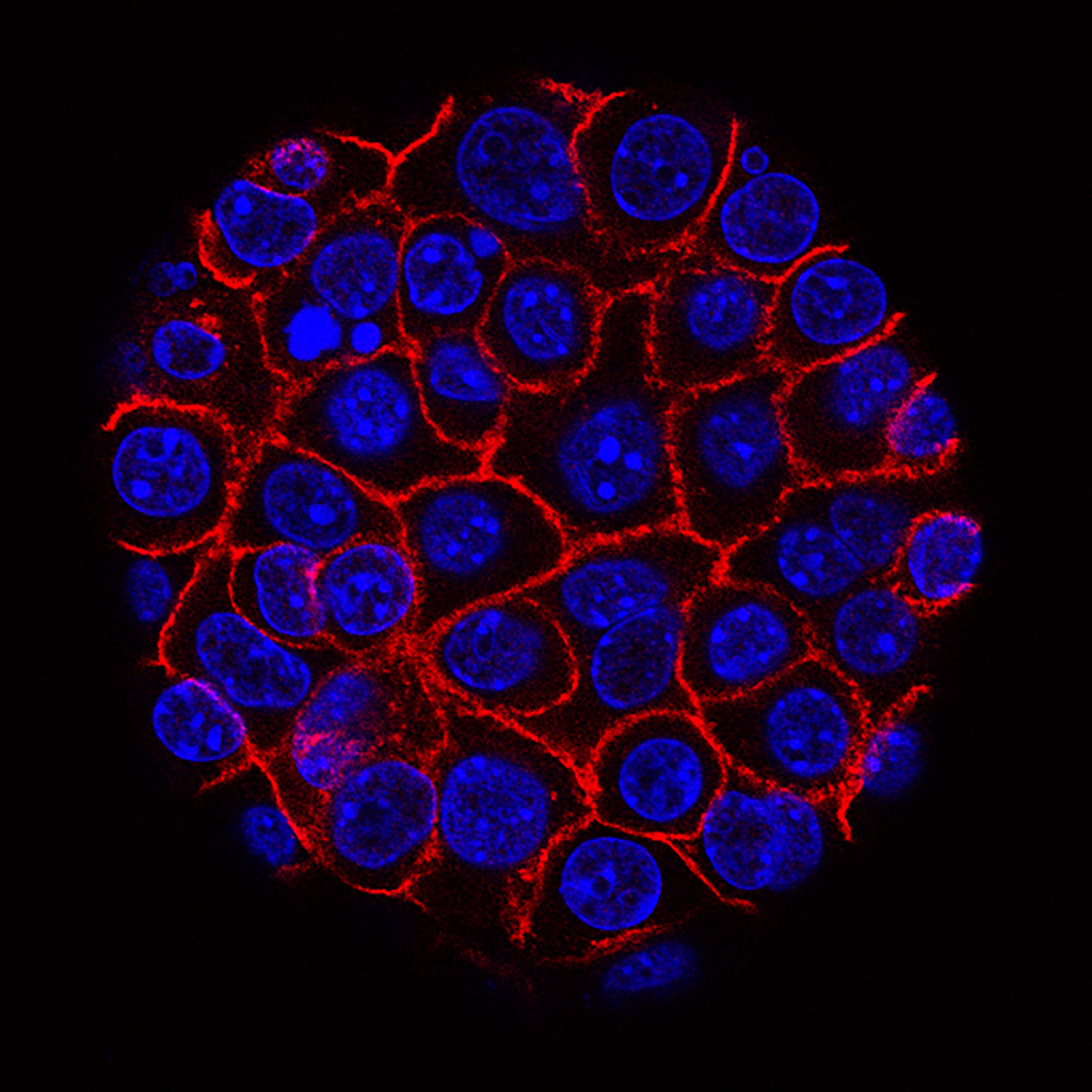 Scientists have found a new way to defeat cancer by killing cancer cells without harming the patient.

Researchers at the Max Planck Institute for Polymer Research have developed a new way to potentially destroy cancerous cells without subjecting the body to radiation and/or chemotherapy. The new method makes use of a network of proteins that assemble within the cancer cells.

Cancer is one of the deadliest diseases that our world has seen. In 2020, more than 1.8 million new cases of cancer are projected to occur in the United States alone. Cancer is caused due to uncontrolled cell division, resulting in the formation of tumours that originate in a certain part of the body. Cancerous cells can travel throughout  the body in a process called metastasis. Treatments for cancer, such as chemotherapy, involve the use of chemicals (cis-platin, for example), to attack the biochemical processes taking place inside cancer cells and kill them. Chemotherapy and radiation therapy affect normal cells too, along with the cancer cells, and are often taxing on the body. These treatments are known to cause many painful and harmful side effects, including anaemia and gastrointestinal problems, and cardiovascular problems in children. Also, chemotherapy often becomes ineffective in treating cancer after a while. Some people may even develop resistance to chemotherapy in some cases.

Now, however, according to a study published in the Journal of the American Chemical Society, a team of researchers, led by Dr. David Ng at the Max Planck Institute for Polymer Research, has developed an alternative method of killing cancer cells. Instead of attacking the cancerous cell’s mechanisms, the researchers decided to attack the structure of the cell, and break it up into harmless fragments of what it once was.

The researchers did this by synthesizing peptide blocks that can enter body cells via a special chemical transport ‘bubble.’ In normal (non-cancerous) cells, the bubble and the blocks within it remain unaffected, and are harmless to the cell. However, cancerous cells possess a unique chemical environment, which triggers a series of chemical reactions within the bubble. Once it encounters these conditions, the bubble undergoes several reactions in a controlled manner, which causes it to dissolve, allowing the peptide blocks to interact with each other and form a fibrillar structure that resembles a mesh-like network. Once this structure is big enough, the cancer cell can no longer handle the network of peptide blocks invading its space. The physical stress due to the peptide network causes several changes within the cancer cell: the cell membrane dissolves, and the fibres within the cell rupture, leaving the cell no choice but to undergo cell death, a process termed apoptosis. The team of researchers conducted this study in a laboratory cell culture containing cancerous cells and determined that the cells underwent cell death and could be considered non-viable in a time period as short as six hours.

The Cancerous Relationship Between Tumors and Grief

Using this method of peptide assembly, cancer cells can potentially be destroyed from the inside out in a very short time with very little threat to healthy cells. The researchers are now working on methods to break apart the fibrillar network left behind once the cancer cell has died and also on modifying the assembly process of the protein network to allow it to affect biological processes not limited just to cancer cells. In the future, this method of forming fibrillar networks to kill cancer cells from the inside out without affecting normal body cells may even be used as an alternative to harsh treatments like chemotherapy.