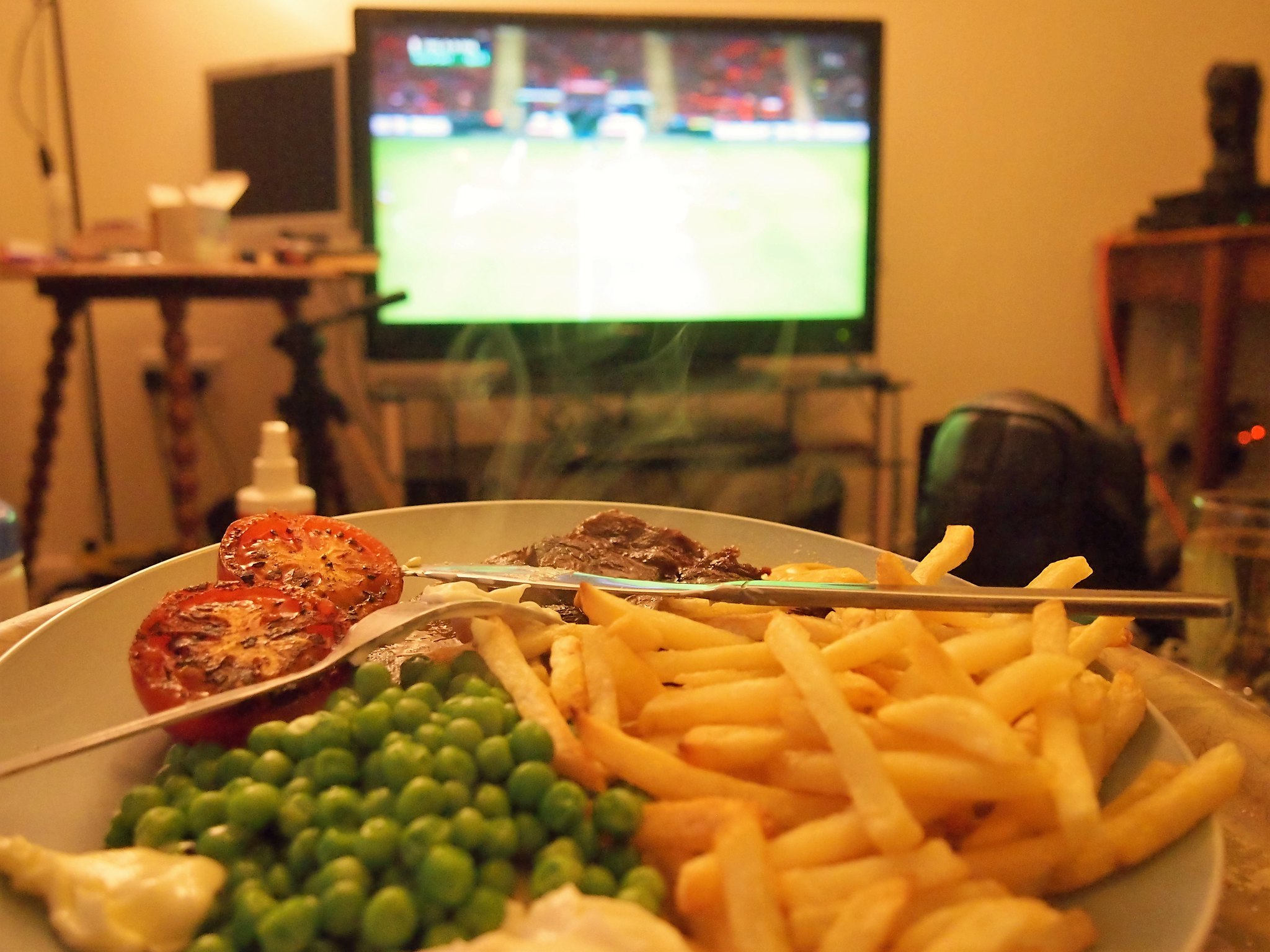 Our eating habits are affected by the type of activities we engage in and the amount of attention they require, according to recent studies.

Do you crave food or overeat when performing certain daily tasks? What you do and pay attention to can affect how frequently you think of food, how full you feel, and how much you eat.

Researchers from University of Sussex have found that people think of food more frequently when performing boring or repetitive tasks. Moreover, people feel less full and snack more when eating and performing highly engaging tasks at the same time.

Jenny Morris and colleagues gave 60 females aged 18-35 years a chocolate bar and asked them to imagine eating it. Later, the researchers asked the participants not to think about the chocolate and to focus on performing two tasks, one demanding high attention (searching for a letter presented with five other different letters) and another demanding low attention (searching for a letter presented with five other same letters). They found that participants thought of the chocolate less frequently when performing the engrossing task than when they carried out the less absorbing task, and this was also true of those who were hungry, those who liked chocolate, and those who craved it.

RELATED: HOW HABITS ARE FORMED

In a separate study, the same team of scientists asked 120 females aged 18-35 years to perform either a highly engaging task or a less demanding one (similar to the ones used in the previous study) while and immediately after drinking either a high-energy (thick-texture) or low-energy (thin-texture) beverage. They found that the participants who performed the less attention-grabbing task and drank the high-energy beverage felt more full and snacked less after the task compared with those who drank the low-energy beverage. However, this pattern was not observed for the participants who performed the highly absorbing task.

These studies suggest that we need attention to think about food, feel full, and control the amount of eating. It also supports the notion that our attention is a limited resource. Performing highly engaging tasks leaves us with less resources to think about food, and performing these same tasks when having a meal leaves us with less resources to feel full and stop eating. Therefore, the researchers suggest that organizing daily tasks according to their attentional demands may help with our eating habits: carrying out engrossing activities during the time of day that you find yourself snacking the most may help reduce unwanted cravings and subsequent eating; avoiding highly engaging tasks at mealtimes, on the other hand, may help reduce overeating.

These studies were published in the journal Appetite.

Li Tong Low is a research assistant and has been working on neuroscience and psychology projects. She is interested in research translation and enjoys writing about scientific discoveries.