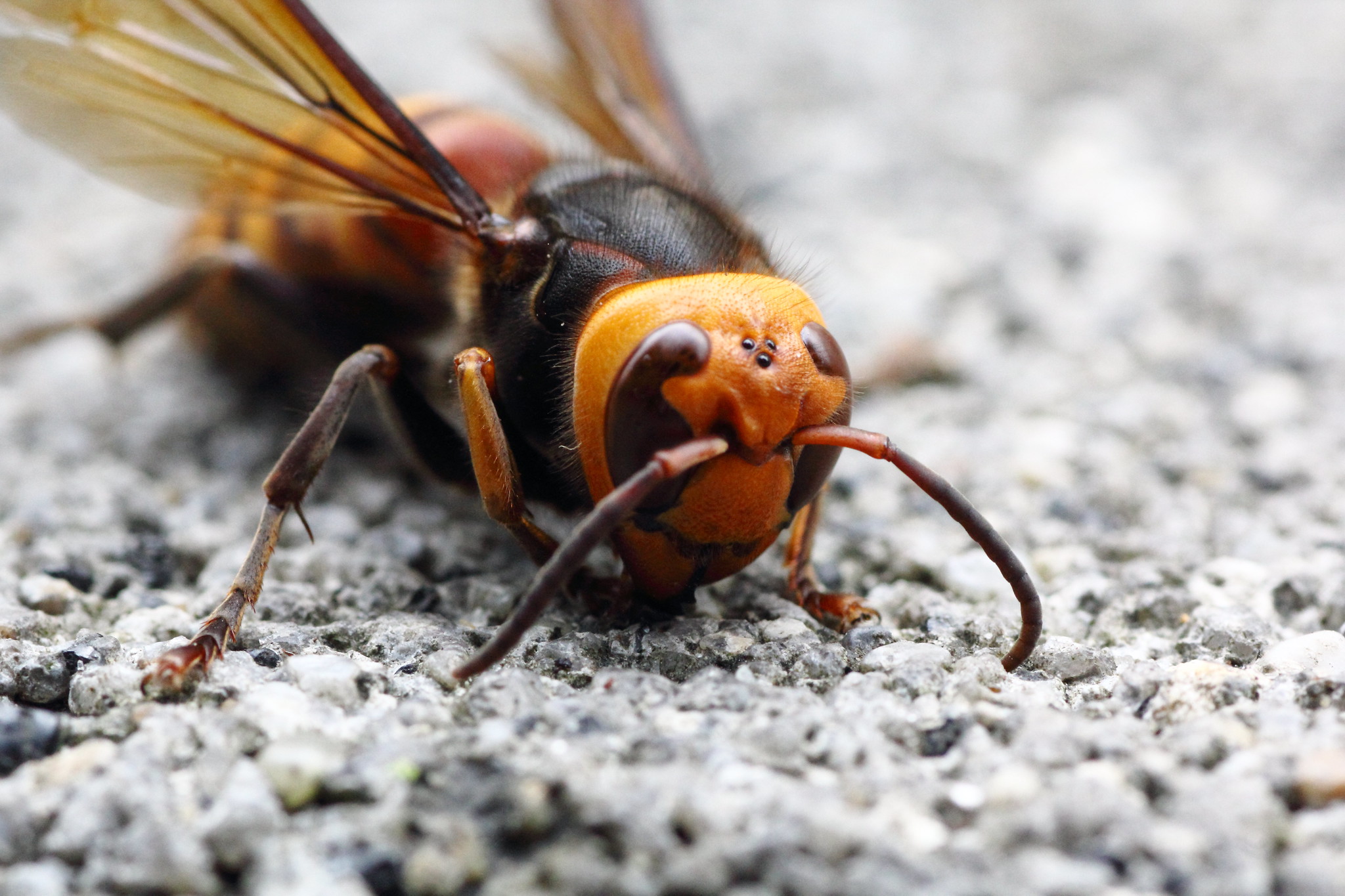 Asian giant hornets, sometimes called murder hornets, are the latest in a long line of recent threats to honey bees in North America.

In 2019, Asian giant hornets were first discovered in Washington state. Asian giant hornets are the largest hornets in the world and have never been seen in the United States prior to this sighting. Also known as murder hornets because of their reputation for demolishing honey bee colonies, these hornets somehow found their way out of Japan, probably via cargo freight or another transpacific journey.

While murder hornets are not necessarily more of a threat to humans than any other stinging insect, they could potentially be a significant threat to North American honey bees. However, most scientists argue that the implications of murder hornets are no more dire than the immediate threats to honey bees, including climate change, land development, and pesticide use.

The threat of Asian giant hornets

There are several types of bees in the world and many honey bee species. Asian giant hornets are best distinguished from other stinging insects, including wasps and yellow jackets, by their size. Surprisingly, despite their name, murder hornet stings are not necessarily more painful or dangerous to humans than other stings. If you don’t have an allergy to bee stings, you can take the same precautions to alleviate pain after an encounter while being cognizant of how to treat different insect stings.

Each type of insect comes with certain adaptations, and honey bees are already accustomed to other species of hornet populations native to the United States. Scientists’ primary concern is that North American honey bees have no prior interaction with Asian giant hornets, who, unlike most stinging insects that live on nectar, require meat to feed.

Murder hornets are a particular threat to honey bees, who are social creatures, unlike wild bees. Wild bees are solitary insects, but North American honey bees live in colonies and are incredibly social. If murder hornets discover a nest, they can wipe out thousands of honey bees within hours, which could spell disaster for an already threatened bee population.

The discovery of murder hornets in the United States is definitely a call for concern, especially considering that these insects could wreak havoc on honey bees. However, it is worth noting that environmental conditions must be rather exact for an invasive species to thrive. While the climate and temperature in the Western United States are not too dissimilar from Japan, it is still unknown whether murder hornets will establish successfully.

Like honey bees, Asian giant hornets rely on the social structure of a queen and workers, making the process of destroying nests easier than dealing with solitary insects. With efforts already underway to destroy their nests, the likelihood of murder hornets spreading throughout the country remains unknown.

Much of our food diversity depends on pollination, and the primary pollinator source for most fruits and vegetables is honey bees. Asian giant hornets present a potential threat to North American honey bee populations, due to their veracity in destroying entire hives in short periods. However, the extent to which murder hornets are a threat is still unknown. It is much more important to focus on the other factors affecting dying bee populations, including a changing climate, pesticide use, and land development.