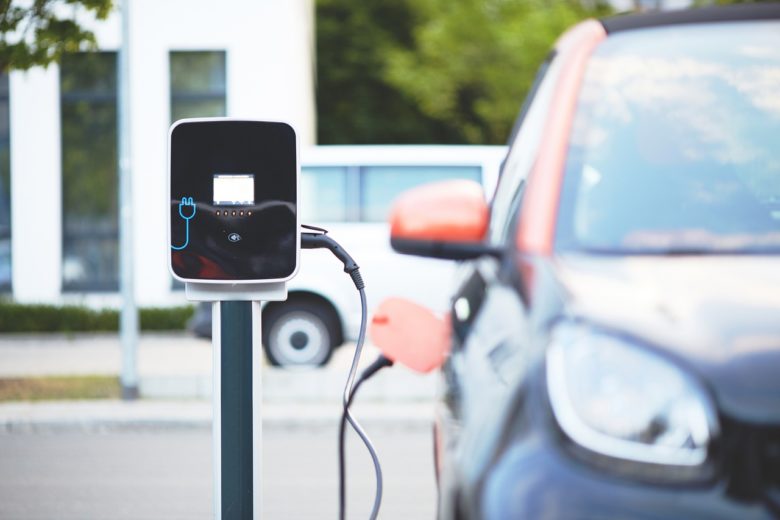 This article was originally published under the title Sustainable Transportation: Electric Car Emissions vs. Gas in the Conservation Folks blog.

Electric vehicles (EVs) and renewable energy are shaking up the transportation industry. As consumers look for more sustainable solutions, automakers seek to fill the demand with cost-effective and energy-efficient alternatives to gas-powered vehicles. Additionally, as the global economy shifts away from a fossil fuel-dependent model, more companies are looking for ways to reduce emissions.

Comparing electric car emissions vs. gas requires looking at direct and lifecycle emissions. The former measures the amount of pollution associated with the vehicle’s tailpipe and fueling process. The latter accounts for the car’s production, use and disposal.

The mining and processing of car batteries for EVs is much more energy-intensive than the manufacturing of gas-powered vehicles. However, the total emissions produced by electric vehicles during their lifetime is significantly less than gas-powered cars. As the auto industry heads in a more sustainable direction, electric vehicles will play a vital role in the future of transportation.

Moving in a Renewable Direction for Sustainable Transportation

Some of the controversy surrounding the efficiency of EVs arises from the fact that the manufacturing process causes more pollution than gas-powered vehicles. Some experts also argue that while EVs may source cleaner direct energy through electricity than gasoline, they still rely on a fossil fuel-dominated energy market.

As the traditional electric grid transitions toward greener sources, the energy-efficiency of EVs will rise drastically. In a hypothetical situation, a grid composed of 80% renewable energy would result in a 25% reduction of manufacturing emissions for EVs, and almost 85% in direct emissions.

Electric cars may produce zero tailpipe emissions in comparison to gas-powered vehicles, but they require significantly more energy during production. The batteries utilized in EVs often contain lithium-ion. The mining and processing of lithium are energy-intensive and polluting.

It’s been debated whether the manufacturing process of electric vehicles negates their low emissions during the rest of their lifecycle. However, the majority of emissions happen during this phase. Therefore, the lifecycle emissions of EVs are much higher than traditional vehicles, based solely on the energy required in their production.

Even when EV manufacturing is taken into consideration, the average battery-powered car still produces 50% fewer emissions than gas-powered vehicles over their comparative lifetimes. This statistic is likely to increase in the upcoming years due to the increased use of renewable energy in the manufacturing sector and the invention of more efficient batteries.

When comparing direct emissions from electric and gas-powered vehicles, EV’s are the clear winner. While the production of car batteries is a carbon-intensive process, the lifespan of driving an electric vehicle is extremely efficient.

In terms of efficiency, electric vehicles can convert a range of 59-62% of potential energy. Traditional gas-powered cars tend to only combust 17-21% in comparison.

One of the main consumer limitations to the current EV market is the lack of electric charging ports. Unlike gas-powered vehicles, EV energy sources can be limited depending on location. The sustainability of electric vehicles includes measuring the type of energy source they rely on. While electricity is less polluting than gasoline, it still requires fossil fuels for its production. The majority of electricity produced in the United States is derived from natural gas.

The potential for increased emission reduction in the lifecycle of an EV includes the expansion of renewable energy. In the last 10 years alone, renewable energy sources supplied double their previous supply, primarily due to the increased solar and wind market.

The majority of electric vehicles on the market are powered by lithium-ion batteries. While these batteries are recyclable, the cost of recovery hinders this process. While smaller consumer electronics, like smartphones, can more effectively recycle batteries, scientists are still looking for a cost-effective solution for large car batteries.

A company out of Australia is collaborating with Nissan and American Electric Power to use expired lithium batteries in industrial energy storage. With the likely expansion of the EV market, the need for innovation in battery recycling is predicted to increase significantly.

Volkswagen is also experimenting with a high-nickel battery, raising the percentage of nickel in each battery cell from 65% to 80%. This change in structure will result in a more energy-efficient battery, that may take less power to produce.

With major car brands expanding the electric vehicle market, the accessibility of electric vehicles for the average consumer will become more likely. According to a U.K.-based consulting firm, the average price of a new electric car will match gas-powered options as early as 2023. Paired with a rise in renewable energy generation, especially in the United States, emission levels from EVs will increasingly eclipse gas-powered vehicles.

The Future of Sustainable Transportation

EVs produce significantly fewer emissions than gas-powered vehicles. While there may be some debate over the environmental impact of the manufacturing process, the benefits of electric vehicles far outweigh their shortcomings.

Electric vehicle emissions are expected to continue to fall due to the expansion of renewable energy sources, innovations in battery efficiency and recycling, as well as the mass production of new electric car models. Alternatives within the manufacturing process and energy source options will play the most significant role in the impact of these cars on the auto industry.

Boosting consumer incentives for electric cars will also influence the growth of this market. For example, full-time transportation drivers may be able to save over $5,000 annually by switching to electric vehicles. With large car companies transitioning toward a more sustainable outlook, the incentive to build a better EV will escalate in the upcoming years. While it is unlikely that gas-powered vehicles will disappear completely, their production is likely to be greatly affected by the emergence of the electric model.