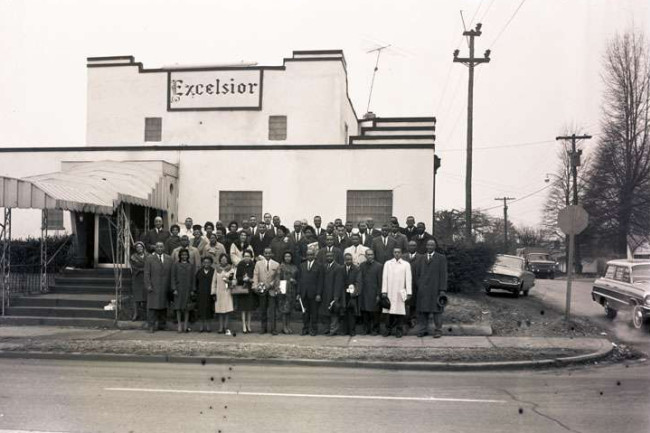 Read the first in this series on the SciStarter blog.

During the separate-and-unequal era of Jim Crow segregation, African American neighborhoods all over all country faced racially targeted land use decisions. These policies pushed communities into areas with fewer resources that were often at greater risk from environmental exposures.

In Charlotte, North Carolina, African Americans were intentionally concentrated on the west side of town, close to a major railroad line and one of the city’s main industrial areas. From the 1960s through the 1980s, as the nation’s growing web of interstate highways reached Charlotte, three major roads (I-85, I-77 and NC-16) were routed through the west side. In the decades that followed, public and private investment built up suburban neighborhoods for well-off residents at the edges of town.

Racial segregation was no longer legal, but the persisting effects of discrimination meant that African Americans were left concentrated in a crescent of older neighborhoods around the center city that had worse air.

Now, a group of citizens and scientists have banded together to try and improve their air quality. As part of Clean Air Carolina’s AirKeepers program, citizen scientists and community leaders Mattie Marshall, William Hughes and Ron Ross have spent the past four years monitoring air pollution in Charlotte’s Historic West End. Their hope is to create a Historic West End Green District in the area by working to mobilize residents, businesses, churches, nonprofits and government agencies to reduce the air pollution.

This pattern of racial segregation isn’t random. These neighborhoods have been defined by a dark history of redlining (the systemic denial of benefits, like loans, to individuals, usually along racial lines) and decades of housing discrimination and unequal resource allocation. Hand drawn maps from the Home Owners’ Loan Corporation (HOLC) in 1935 show how banks and community leaders chose different neighborhoods for investment during the Great Depression. While white neighborhoods were given the highest rating, leaders avoided black neighborhoods. This affected access to credit and reduced property values for black families, leading to decades of disenfranchisement in land use practices and representation disparities.

The regions in the northwest of the city are the most impacted by local sources of air pollution, like traffic and industrial-permitted facilities. The region is also the center of the County’s Public Health Priority Area. This designation means that the communities of the greatest need, with the greater risk of exposure, are left to bear a disproportionate burden of living among the pollution.

Take Part: You Can Get Involved in Measuring Air Pollution

However, residents lacked the data needed to show that they were breathing disproportionately high levels of air pollution. Air pollution can vary by as much as eight times within the span of a single city block. That means the air quality data produced by the nearest monitoring station may not reflect what people in the Historic West End were actually breathing.

To find out, Clean Air Carolina established the AirKeepers program. Over the several years, this team has distributed dozens of mobile and stationary air sensors and then trained residents how to use them. As the first AirKeepers to use the new home monitors, Ron Ross, Mattie Marshall, and William Hughes have served as citizen scientists and have been collecting, tracking, and helping to interpret the air quality data captured by their devices.

She added, “When Clean Air Carolina approached us about the AirKeeper opportunity, we were all interested in taking a stand against air pollution.”

The team hoped that gathering clear and accurate data could help make the case for environmental policy changes. Each of the citizen scientists has an air quality monitor outside their homes measuring particulate matter. These solid and liquid particles are suspended in the air and small enough that they can be inhaled and cause health problems. The monitors upload real-time data to a website that stores and visualizes the readings from each sensor.

“Different things contribute to the change in ratings such as vehicles idling, pollutants coming off the highway, and so on,” Hughes said. An online map of that data helps identify pollution trends in the neighborhood.

All participating schools received introductory training so they could monitor air quality around campus and upload their data. Teams of students also learned how to protect their health from poor air quality, and they were encouraged to think of ways to improve air quality at their respective schools.

This work has led to real changes. This past May, the Mecklenburg Board of County Commissioners invited residents to present their community-level air quality data. The neighborhood’s presentation convinced the commission to establish an official, government-supported monitoring station in the Historic West End.

Students at some schools even took things a step further to study the effects of bus idling and carpool activities. One school, the Cannon School, had a student who presented his work to the administrators to get a bus idling policy in place, so that no bus is turned on and causing pollution until all of the students are on-board.

Community residents are also calling for the creation of a West End Green District. The effort would use education and advocacy to mobilize citizens, businesses, churches, nonprofits and government agencies to reduce neighborhood pollution. Solutions include reducing emissions from idling vehicles, using clean construction equipment in the district, planting trees, and creating community benefits agreements to mitigate industrial air pollution.

Communities are getting even more engaged in the environment around them and taking measurements into their own hands thanks to motivated community leaders and easy-to-use tools like the AirBeam.

If you are in the Raleigh-Durham area and would like to take part in a citizen science project with air sensors, check out the RTI NASA satellite ground-truthing project. You might be eligible to receive a free sensor and contribute to NASA’s satellite data systems. Even if you’re not in North Carolina, you can still explore opportunities to get involved in monitoring air pollution.