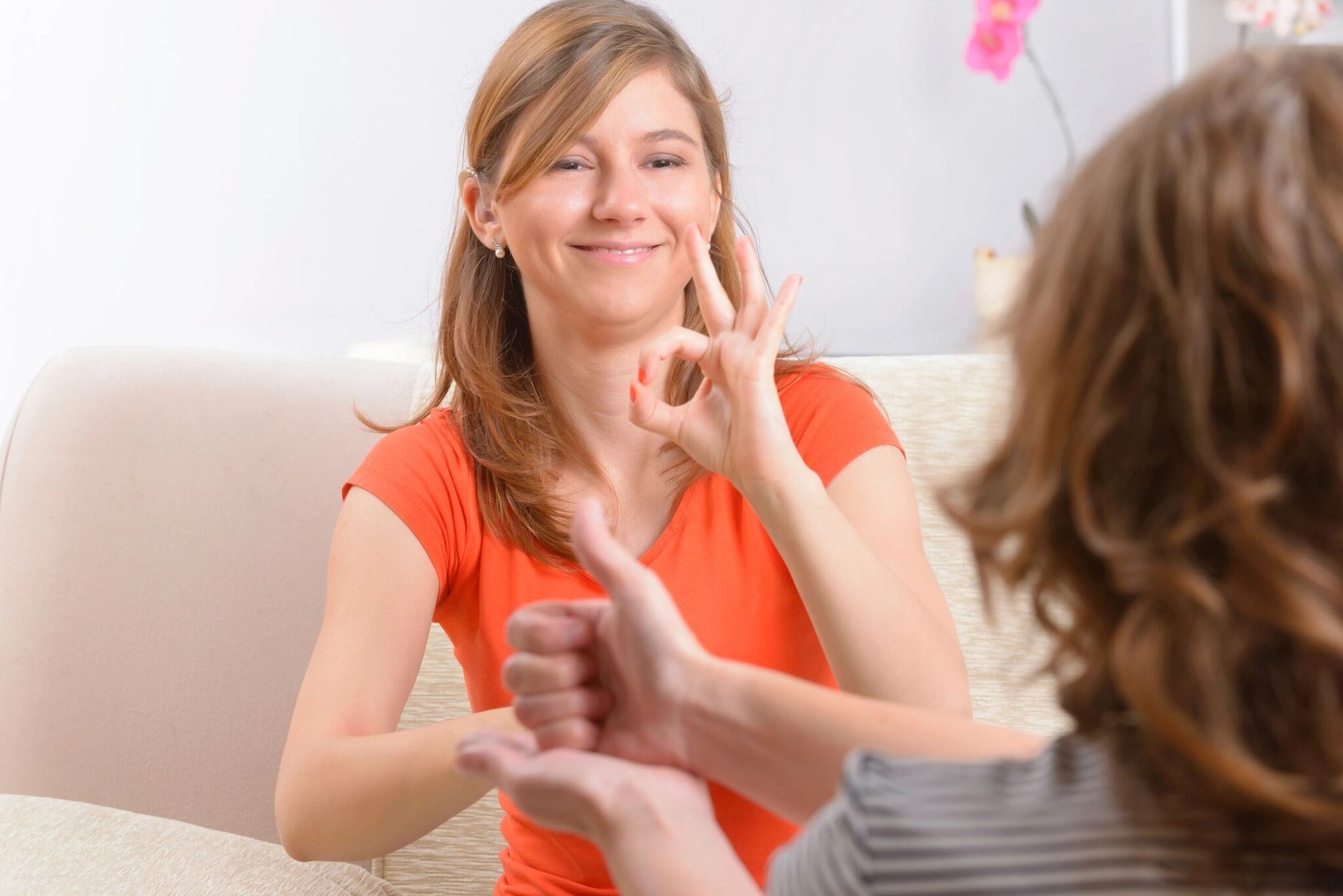 Human language is unlike any other form of natural communication. It is the fundamental mechanism that we as a society use to exchange information. Using oral sounds and written characters, we express our needs and ask questions. We describe our thoughts and opinions, tell stories, and teach one another new things. Through language, we connect and share common ideas. What humans can communicate through the spoken word is limitless. But how did language come to exist?

Researchers at the Leipzig Research Centre for Early Childhood Development and the Max Planck Institute for Evolutionary Anthropology shed light on this question by examining the abilities of young children to create an entirely new communication system based on iconic signs, which are gestures used to visually represent meaning. Their findings are outlined in a recent article published by Proceedings of the National Academy of Sciences.

As children, we begin to learn our native language by listening to our parents and others speak it. Languages transform as our cultures evolve and interact with one another. But how did we first transition from the simple communication that other animals use to language, which is exclusive to humans?

Language doesn’t leave fossils for us to study, and theories about language development come about only by observing the end product. It is generally thought that this process of development takes generations. However, recent years have brought new insights into this projected timeline. For example, new sign languages have been identified that have emerged naturally in deaf communities over shorter periods of time.

Nicaraguan Sign Language was developed by deaf Nicaraguan schoolchildren in the 1970s and 1980s. To communicate with one another, children combined gestures from their home signing systems and created a pidgin-style language. Children who later passed through the same schools learned the new language and incorporated standard grammar conventions. This more complex version of the language is now officially recognized as Idioma de Señas de Nicaragua (ISN). Rare discoveries of new language systems like this are important because they demonstrate that language-like communication can evolve in the absence of a language model.

In this study, young children (ages 4–6) were paired, and each child in a pair was placed in a separate room. The two rooms were connected by an audiovisual monitor so that the partners could communicate. The children were told they would be playing a communication game with their partners in the next room.

Both children in each pair had in their line of sight an identical set of pictures. One child was told to describe a selected picture to the other, who was instructed to guess which one it was. To start, children practiced communicating the contents of the pictures using words. Next, researchers muted the audio and observed how the children dealt with the challenge of communicating without spoken language. The pictures shown at first were simple: a hand using a hammer, or someone brushing their hair or riding a bike. The children responded to the challenge by using gestures to demonstrate the actions in the pictures.

Later, the children were shown a sheet of blank paper and were asked to play the same game. Researchers were curious whether children could communicate the abstract concept of “nothing” as effectively as they had done with the first set of images. The children responded in the same manner, making intentional gestures—such as standing still and doing nothing or shaking their heads—and partners indicated their successful understanding. Upon switching roles, the original receiving partners continued to use the same gestures that their demonstrating partners had created.

Researchers noted that the gestures became more and more abstract over time as the children put less effort into creating them. Even so, both partners still understood the meaning behind the gestures. This observation correlates with changes in spoken language over time. Remarkably, the communication processes observed in these partnerships developed within 30 minutes.

The activity became more challenging as more complex pictures were introduced. The goal here was to determine how the children would handle the need to differentiate between size, movement, and amount. To communicate actions between two animals, for example, children made up different gestures to describe the animals and the actions. Then they combined those gestures to create a grammatical structure unique to their partnership.

This study illustrates that when there is no way to use spoken language, people find other ways to communicate. It is plausible that the steps of communication development played out by the children in this study align with the general process of the evolution of new languages. Common experience allows people to create references to objects and actions and use iconic signs to communicate them. People then start to imitate each other, using the same signs for the same purposes. As time passes, communication becomes more abstract, and a grammatical structure emerges.

In a controlled environment, it took children less than 30 minutes to lay the foundation for what could have developed into a brand-new language, given enough time. Studying how new language develops could one day lead to unlocking another chapter of our evolutionary history.

This study was published in the Proceedings of the National Academy of Sciences.