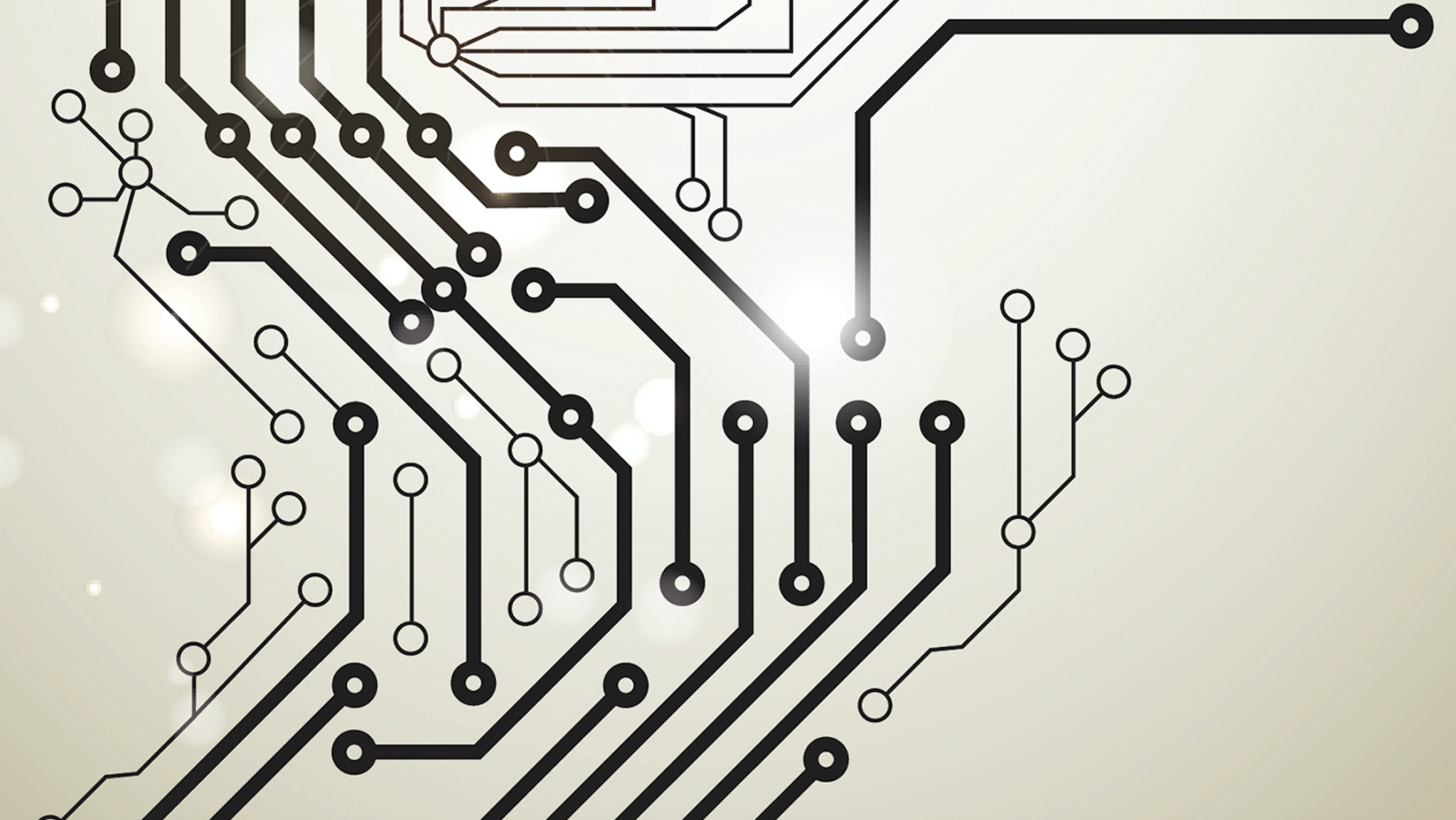 Citizen scientists have repeatedly faced resistance from skeptics questioning their experience, training, and ability, but recent technological advances have brought citizen science into the digital age, transforming many aspects of the process. This ranges from the experience of being involved in a project as a citizen scientist to implementing project design and communicating results as a practitioner.

James Wynn, in his 2017 book, Citizen Science in the Digital Age, investigates how researchers reach public audiences and how the public participates in scientific research in a modern context. Wynn employs astute rhetorical analysis to better understand the communication strategies and social outcomes of projects. Throughout, he emphasizes not only interactions between scientists and laypersons, but also the ways in which the digital environment shapes these interactions.

As he investigates social and policy questions regarding citizen science, Wynn focuses on social, interpersonal, and participatory practices. Whether he’s discussing the classifications by Marcelino Alvarez and RDTN.org (now known as Safecast) of citizen scientist work as professional or crowdsourced and its resulting credibility in relation to institutions, or analyzing the incorporation of citizen science practice (like that exhibited by the Safecast project) into governmental decision making, Wynn expertly navigates the breadth of this field. As groundwork for his analysis, he turns to Janis Dickinson and Rick Bonney, who argue in Citizen Science: Public Participation in Environmental Research that involvement in citizen science can improve citizens’ understanding of science and scientific viewpoints. For an introduction to this foundational text, see our review of Dickinson and Bonney’s work. Wynn extends their line of inquiry to examine what it means to perform citizen science in the digital age, adopting a case study approach.

In the first chapter, “Citizen Science at the Roots,” Wynn explores examples of citizen science through history, such as the Smithsonian Weather Project and the Christmas Bird Count. The Christmas Bird Count, which began in the winter of 1900, is a starting point for comparison, laying the groundwork for Wynn to discuss newer projects like eBird, by the Cornell Lab of Ornithology, and SETI@home by the SETI Institute (Search for Extraterrestrial Intelligence), demonstrating how projects and involvement have changed as a result of digitization. He identifies how the internet allows for individuals beyond an existing participant base to be introduced to the projects, and how the internet allows for a more diverse and highly populated dataset. Though Wynn attempts to maintain an academic distance while claiming these changes have made citizen science more appealing to potential volunteers, policy makers, and scientists, he openly acknowledges the fight waged by researchers and citizen scientists alike to prove the credibility of citizen science from start to finish in the text, creating a compelling story for the reader to follow.

The debate regarding resistance to citizen science research continues through the second chapter, “Reimaging Risk,” which explores visual methods of science communication. Wynn first describes the historical method of visualizing radiation for public circulation as the domain of institutional communicators, describing the Three Mile Island (1979) and Chernobyl (1986) nuclear reactor disasters, and then he moves to the visual representations created by Safecast in response to the Fukushima (2011) disaster. Wynn attributes the success of Safecast’s visualizations to the large, precision data sets created by citizen scientists with access to the Internet, otherwise known as crowdsourcing. While their visualizations were a resounding success, Wynn perceptively highlights that a lack of communication between long-standing institutions and groups like Safecast could limit the government’s ability to connect with the public in a crisis.

Wynn addresses the age-old problem of resistance to citizen science by asking, “How might changes in technologies for data gathering impact the capacity of laypersons to argue as experts?” (9). In chapter 3, “Information for and by the People: The Internet and the Rise of Citizen Expertise,” he identifies the ways in which Safecast, even in the midst of their success, continued to struggle with criticism of reliability. Though his definitions of expertise and credibility are quite academic, they help describe the background and interactions of Safecast and the government, as well as Safecast’s required shift to more institutionally understood styles of expertise over time.

In the penultimate chapter, “Warming Relations? The Benefits and Challenges of Promoting Understanding and Identification with Citizen Science,” Wynn studies the relationships between citizens and scientists. Through a case study analysis of climate change projects, namely the Surface Stations project, Wynn illustrates the complications that can arise in the collection and use of data from citizen science projects run by scientists. However, he also emphasizes that the perseverance of citizen scientists illuminates gaps in problem solving that might have been otherwise missed or overlooked by institutional scientists, creating an undeniable argument for the continued use and incorporation of citizen science practice. Though hopeful about future citizen science collaborations, Wynn remains keenly aware of the difficulties likely to arise, such as the continued critique of reliability and the resistance to the importance of citizen scientist curiosity, like that of Anthony Watts (an ex-meteorologist and climate change critic working with University of Colorado Boulder scientist Roger Pielke) and his thermal and resulting intellectual hotspots.

Questions of policy dominate the fifth and final chapter, “A Tale of Two Logoi: Citizen Science and the Politics of Redevelopment.” Drawing on his expertise in rhetorical methodology (the field of rhetoric refers to theories of argument drawing on a tradition dating back to Aristotle), Wynn studies the intersection of expert logos (good reason) with non-expert logos. In plain language, he contemplates how the specialized reasoning of experts—e.g. scientific rationality—and the reasoning of non-experts—e.g. lived experience—are used as logically compelling argumentative strategies in policy debates. Extending this, and using the Pepys Estate sound mapping project (shifting to become the Pepys Air Quality project in 2011) as a case study, he investigates the ways in which these understandings of expertise are at odds and the ways that they can be integrated. The inclusion of non-expert reasoning acts not only as a decision-making factor for government policy, but also as a direct reflection of the diverse perspectives and needs of the broader public.

Wynn argues throughout Citizen Science in the Digital Age that digital advances have allowed increased access to a realm that was once nearly exclusive to professional scientists. While these realms have been opened up to the public, Wynn’s own text remains largely inaccessible as a result of the academic tone and audience of the text. It’s definitely worth a read, but I’d recommend newcomers to citizen science to start with something more versatile and entertaining, like Caren Cooper’s Citizen Science: How Ordinary People Are Changing the Face of Discovery, or something more foundational (if more niche) like Janis Dickinson and Rick Bonney’s, Citizen Science: Public Participation in Environmental Research. And though Wynn doesn’t explicitly encourage the reader to become a citizen scientist, the message of their potential, or rather your potential, should be a compelling case to get involved!

This review is part of an ongoing series of book reviews written by members of Dr. Ashley Rose Mehlenbacher’s research team in partnership with SciStarter. If you have a recommendation for a book to review, please contact SciStarter Editor Caroline Nickerson at CarolineN@SciStarter.org. This work has been partially supported by the Ontario Ministry of Research; Innovation and Science’s Early Research Award program; and the Social Science and Humanities Research Council of Canada Insight Grant program. Views expressed are the opinions of the author and not funding agencies.

Lillian A. Black is a recent graduate from the MA in English, Rhetoric and Communication Design, at the University of Waterloo, in Canada. Her research examines the mobilization of conversations surrounding representation and identity through digital platforms (e.g. YouTube) for general audiences and the accommodations that need to be made to reach these mobilization goals.