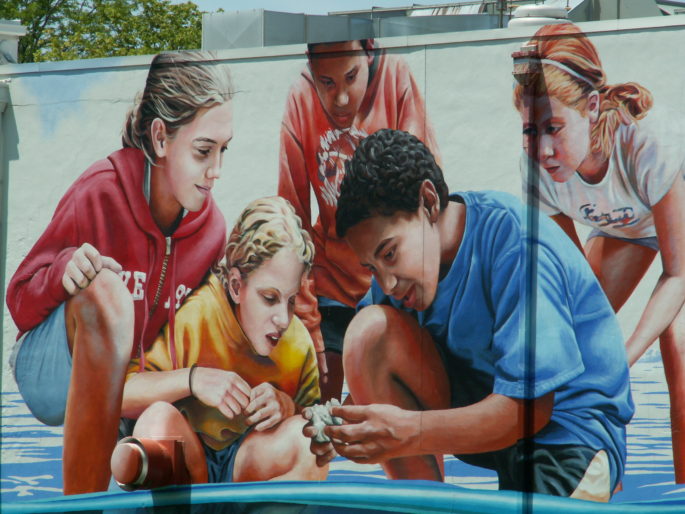 An Australian study found that when people participate in citizen science projects, public knowledge of the scientific process and environmental engagement both increase.

Citizen science projects are rapidly gaining popularity among the public, in which volunteers help gather data on species that can be used by scientists in research. And it’s not just adults who are involved in these projects—even kids have collected high-quality data in the US. In addition to producing more data for scientific research, citizen science promotes interest in conservation and public awareness.

A study done in Australia found that first-year university students can benefit from increased environmental engagement and greater understanding of their studies when the courses incorporate citizen science-based research projects that involve data analysis.

“First-year university classes are large and offer a large body of recruits for citizen science programs, but our research shows that deeper learning comes from analyzing data, rather than simply collecting it,” explains Nicola Mitchell, lead author of the study and senior lecturer at the University of Western Australia.

One citizen science initiative is ClimateWatch, an Australian phenology program developed by Earthwatch in 2009, which aims to gather information on 185 indicator species of plants, animals, algae, and fungi to detect the impact of climate change (in temperature and rainfall) on their life cycle or distribution. Indicator species are sensitive to environmental conditions, and their presence, absence, or changes in their abundance reflect changes in the environment. Involvement in this citizen science program was initially only possible through a website, but in 2012, a smartphone app was developed where participants could submit images of their sightings.

With the aim of increasing environmental knowledge, ClimateWatch was first introduced among first-year biology students at the University of Western Australia in 2011. Students recorded a certain number of sightings of indicator species to fulfill a small percentage of their course requirement.

Since 2012, this simple assignment expanded to a semester-long, inquiry-based “Journal Project” to give students an “authentic research experience.” Students formed teams, analyzed all the data previously collected on a specific species by the public, and wrote a journal article on the species’ response to climate change or on the validation of those datasets. These articles were then peer-reviewed by other students, as well as by a doctoral student or postdoctoral fellow known as “Subject Editors.” Each team revised their articles with the feedback received during peer review, and the best articles were selected by the editors and class coordinators for publication in Cygnus, an online student journal, at the end of the semester.

Mitchell and her team investigated the impact of the citizen science project on more than 1,500 students from 2011 to 2014 through an online survey, taken before the start of the project and at its conclusion. These surveys asked both closed and open-ended questions about the students’ knowledge, exposure to the environment, and feedback on the ClimateWatch assignment and the Journal Project. The responses to the questions at the beginning of the project were compared with their answers upon completion.

Students from the University of Western Australia contributed 41 percent of all ClimateWatch records by November 2014. And from 2011 to 2014, two-thirds of the records came from university students enrolled in universities around Australia.

More than 85 percent of the students reported that they became aware of the behavior changes of at least one species in response to climate change. One student became more conscious about the different kinds of plants and birds. “They are not just trees; they are now jacarandas and banksia and birds are not black-tail bird or crows they are willie wagtails and magpie lark, etc.”

Even after the completion of the project, more than half of the students planned to continue recording observations, and more than a third of the students introduced ClimateWatch to their friends. “I feel I’m making a small impact on saving animals and plants from the ill effects of climate change. This is very rewarding,” noted one student of their increased environmental engagement.

The project resulted in the publication of 152 peer-reviewed student articles from 2012 to 2017, demonstrating the success of the program in terms of environmental engagement and interest in environmental issues.

Before the start of the project, almost 80 percent of the students agreed with the statement that “data collected by citizen scientists are reliable.” But after the completion of the program, this dropped to only a third. Analysis of past data collected by mapping submitted images enabled students to detect errors.

Spotting unreliable data produced a positive effect on the students’ understanding of the research process, as 77 percent of the students agreed that their approach to data collection changed after analyzing the datasets. Most of these students reported that they would be careful to record accurate data that would be meaningful for future research. Interestingly, the students that were aware of the problem of poor data quality were more likely to continue contributing data after the completion of the program.

Students are now required to present the sightings data that they submitted to ClimateWatch to the class. This, according to the researchers, will facilitate the detection of errors prior to inclusion in the dataset. In addition, there should be a provision for citizens to provide feedback on data and “smart filters” that can detect erroneous data entered into the ClimateWatch website and smartphone app.

In light of the findings, Mitchell recommends that universities develop partnerships with citizen science programs. Also, involving citizen-science participants in scientists’ analysis of data can enhance public knowledge of the scientific process and lead to improved data quality.

“In our case, we have a win-win situation of a citizen science program giving biology students an opportunity to do useful research, and students’ feedback about data quality, and the need for further technical innovation to improve the utility of smartphone applications,” Mitchell adds.